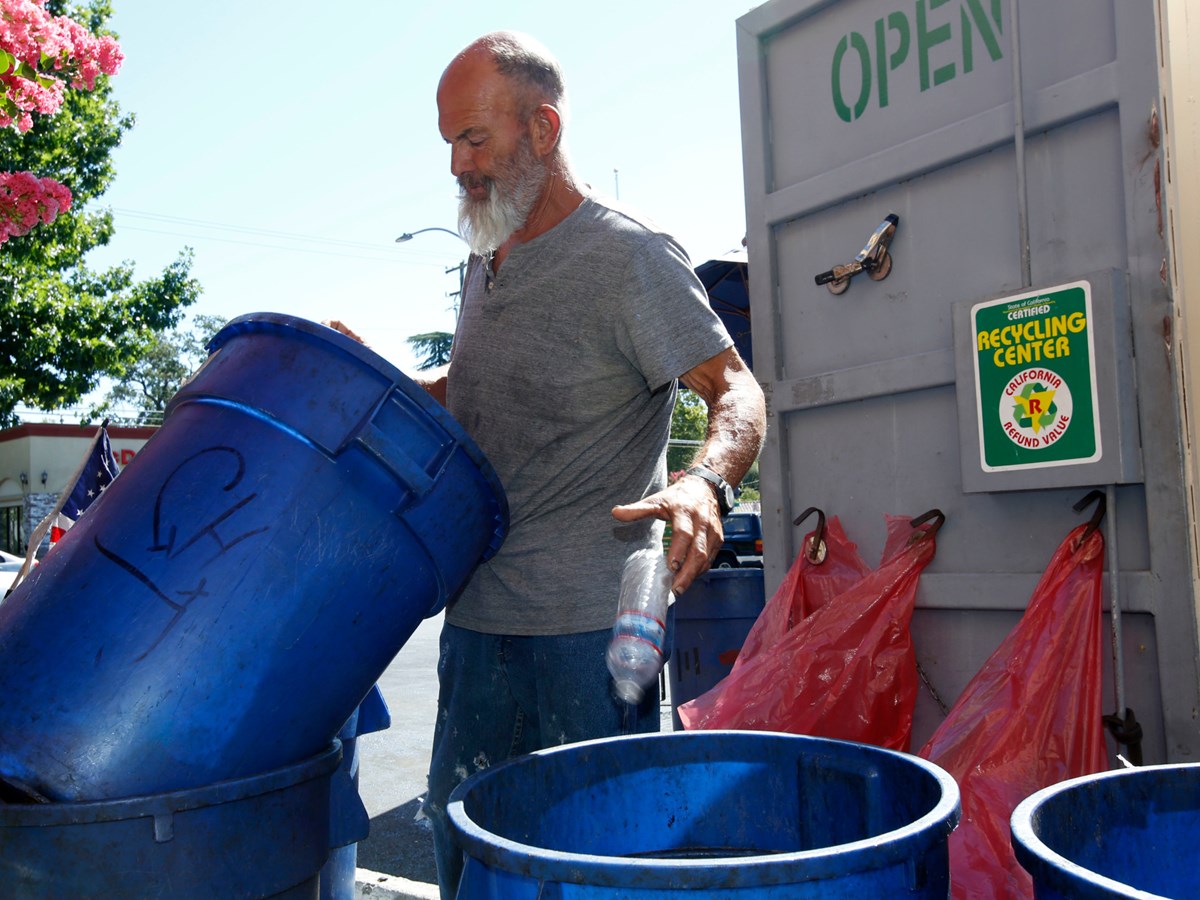 In this photo taken Tuesday, July 5, 2016 James Wilson drops a plastic bottle into a recycling can at a recycling center in Sacramento, Calif.

The California Senate recently passed SB38 — a bill intended to dramatically change the way bottle recycling works in the state. Currently, Californians can bring down their aluminum cans, glass and plastic bottles down to a local recycling center to deposit them for a few quarters.

The bottle and can deposit is supposed to encourage Californians to return their used products for recycling, putting the responsibility on the consumer instead of the producer or distributor.

Currently, California has one of the lowest bottle and can redemption rates among the bottle deposit states due to the insufficient redemption locations.

However, Fremont Sen. Bob Wieckowski says the current system isn’t working and hasn’t worked for years, prompting him to author SB38. The idea behind the bill is to now shift the onus of recycling mainly from the consumer to the distributor.

SB38 will transition the state to a “stewardship” model created by the beverage industry under the oversight of CalRecycle. Beverage distributors will have to form a stewardship organization by 2022 and submit a redemption plan to CalRecycle to kick-start the program by no later than July 2024.

We want the people who make the bottles, make the soft drinks and the beers and bring them in. They’re ultimately, financially, the ones that are responsible. Instead of having the state of California try to herd and collect all these manufacturers from all over the world.

It’s easy to use the distributors as the point of entry when they come into the state. It’s an accounting perspective, but that’s the easiest way to get it done.

Well, there’s 75 other bills, amendments, statutes that have been changed. We’ve entitled people to different things, and they are good.

We want to give $10 million to the plastic industry to try to figure out how to plastic, give $50 million to curbside ... That adds up to 17 different programs that we have to subsidize.

And remember, the program is designed so that if we look at the world price of aluminum and plastic and glass —  the state of California’s [program] is sort of clunky — it’s not nimble like private industry where it can change as those world prices fluctuate.

We’re going to shift it to the people who know how to run this business, the private industry, to let them come up with a stewardship program. They get to design it. The people that actually recycle, they’re going to put together the program, and then CalRecycle is going to approve it.

We’re going to make the consumer, which are our constituents, the elected leaders of the state of California, we’re going to make it convenient for them. We're going to have 20 times, 30 times more recycling sites where you can have an easy drop-off. You have a vending machine, something that makes it seamless.

On why some oppose the new recycling bill

I think it’s, everybody likes the status quo. We’re in the game-changing business in the Legislature … and we want to change [the current recycling system].

Whenever you do fundament change — we’re getting rid of the whole [current] program and setting up [the new program] — a lot of people are antsy.

But, we’ve done a lot of environmental work, and I think the assembly is going to look at this as an opportunity for them to fix it for their constituents.

On if Gov. Gavin Newsom is interested in signing this bill

The indications we’ve got from the EPA and from recycling directors is that the governor wants to see something done this year, so we’re going to give him a bill.