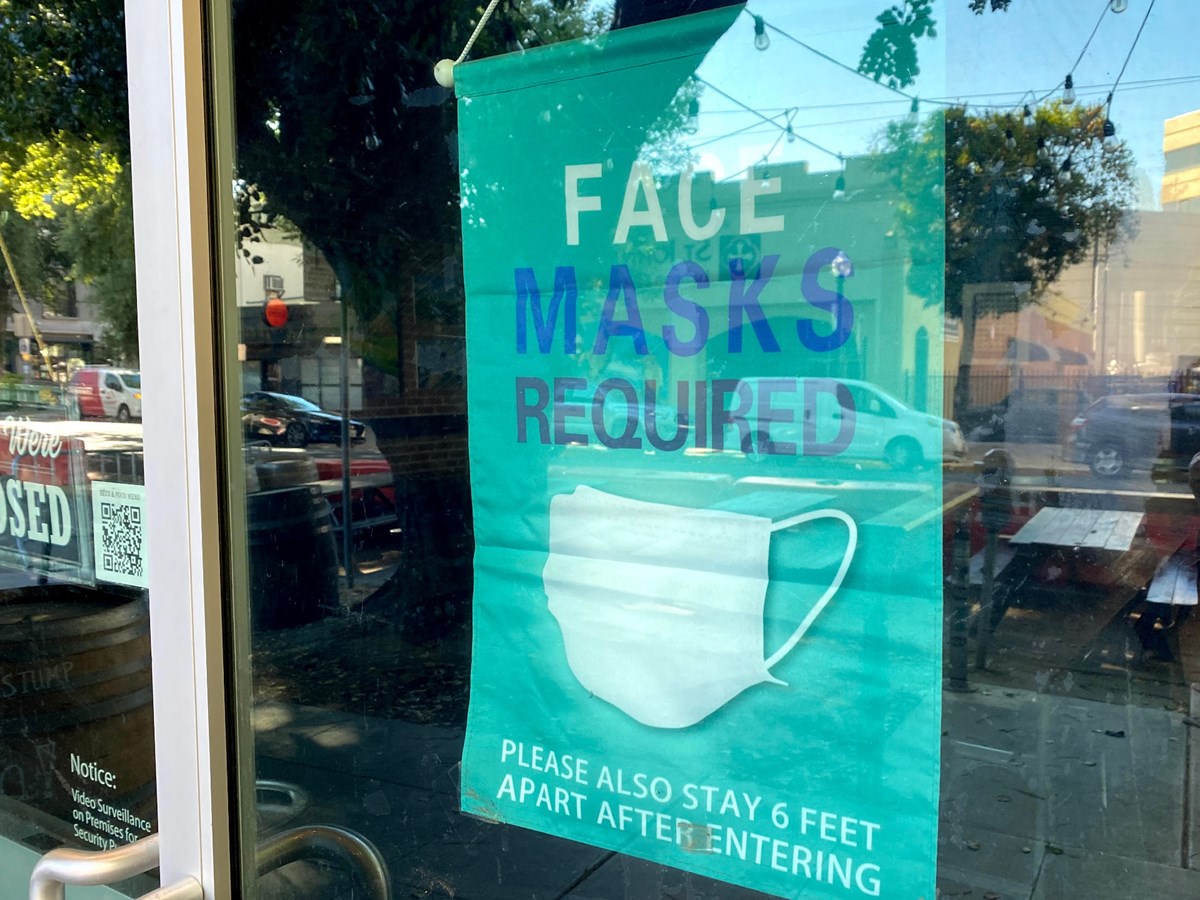 Sign at the entrance to Big Stump Brewing Company in Sacramento in May 2021.

While scrolling through news headlines this past weekend, I found the story of former child actor Ricky Schroder’s squabble with a Los Angeles Costco employee over whether he still needed to wear a mask.

It plays out in a Facebook video posted to Schroder’s account: He’s upset that the employee is requiring him to wear a mask, despite recent Centers for Disease Control and Prevention guidelines. He also appears not to understand the store is following state of California rules.

The video is a high-profile representation of exactly the conflict many expected to see play out at businesses throughout the state.

At the Sacramento Natural Foods Co-op, store marketing director Jennifer Cliff explained there was a mask-related incident over the weekend.

“A woman was upset about it,” Cliff said of the tension between the CDC and California guidelines. 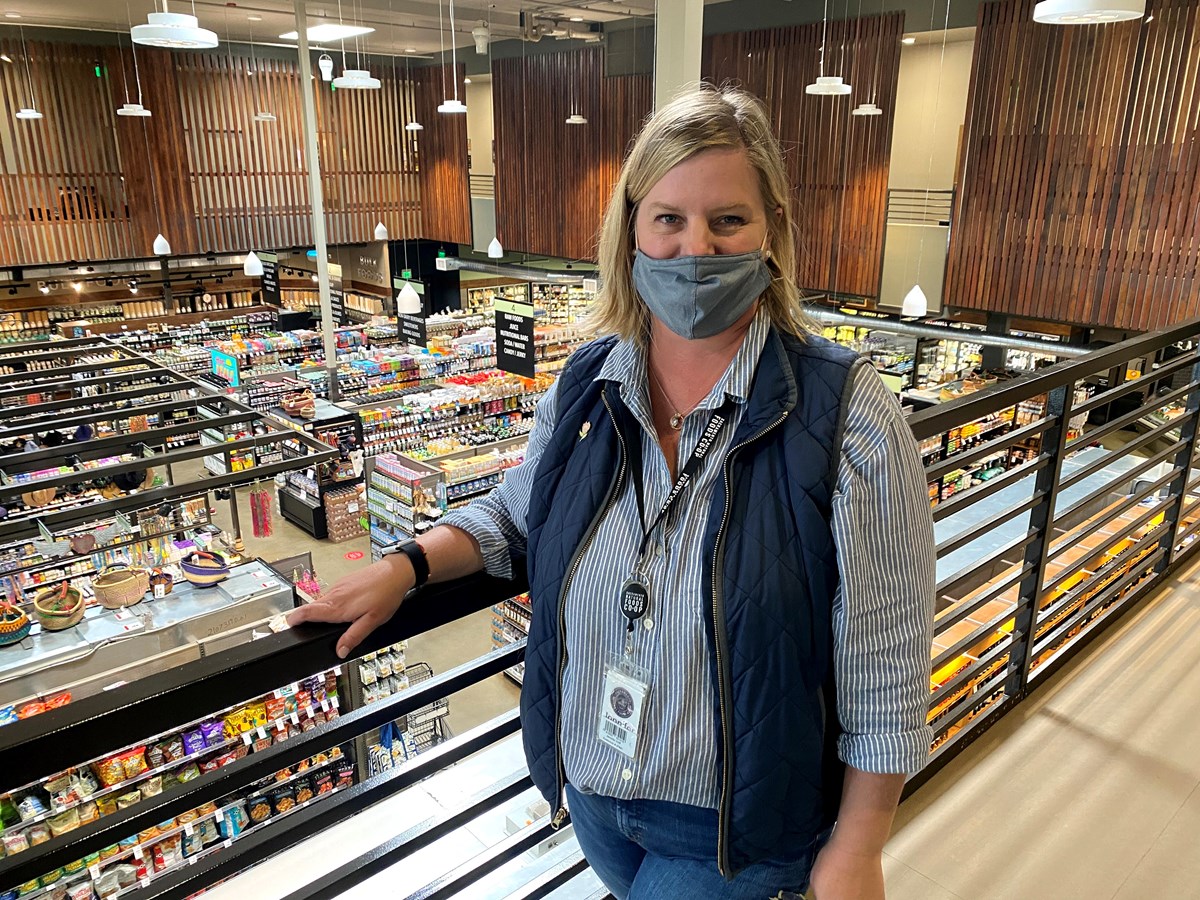 The vast majority of the Co-op customers seem to be fine with the mask policy, she said, adding that the company has been clear about its rules since the start of the pandemic, which helps avoid conflict with customers.

Clarity is key, agreed Ashley Virtue with the National Conflict Resolution Center based in San Diego. She says most conflict results from lack of communication.

“Or more specifically a lack of expectations,” Virtue said. “Our advice ... is be very clear about your expectations, and communicate perhaps not only what you’re looking for but even why.”

That’s exactly Alex Larrabee’s game plan at Sacramento’s Big Stump Brewing Company in Midtown. He says the “why” is the safety of his employees. Part of the way he gets that messaging out is through social media. In fact, not only is Larrabee the brewery’s CEO, he’s also in charge of the company Instagram account — and he says he loves it. 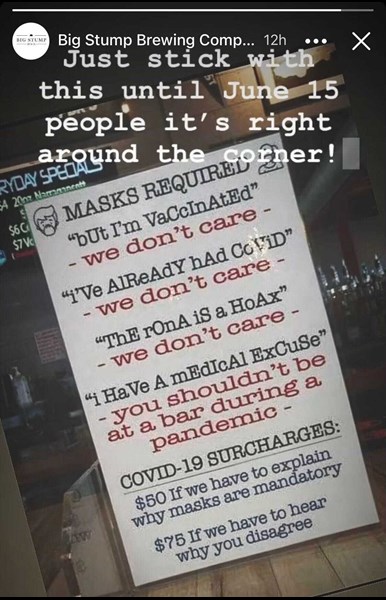 When it comes to mask rules, he recently shared a post on Instagram. Its message? Well, it ultimately boils down to Hey, don’t try to test us on this, we’re going to stick with California’s guidelines for now.

“I take the health of our staff extremely seriously. They put a lot of effort into making this place run. And for someone to disrespect them by not acting in a safe manner is not something that we are willing to accept as a company,” Larrabee said.

There’s been some pushback from commenters on social media, he says, but recognizes that you can’t please everyone. And even after June 15, when the state is scheduled to lighten mask regulations, he says he will prioritize the safety of his workers. 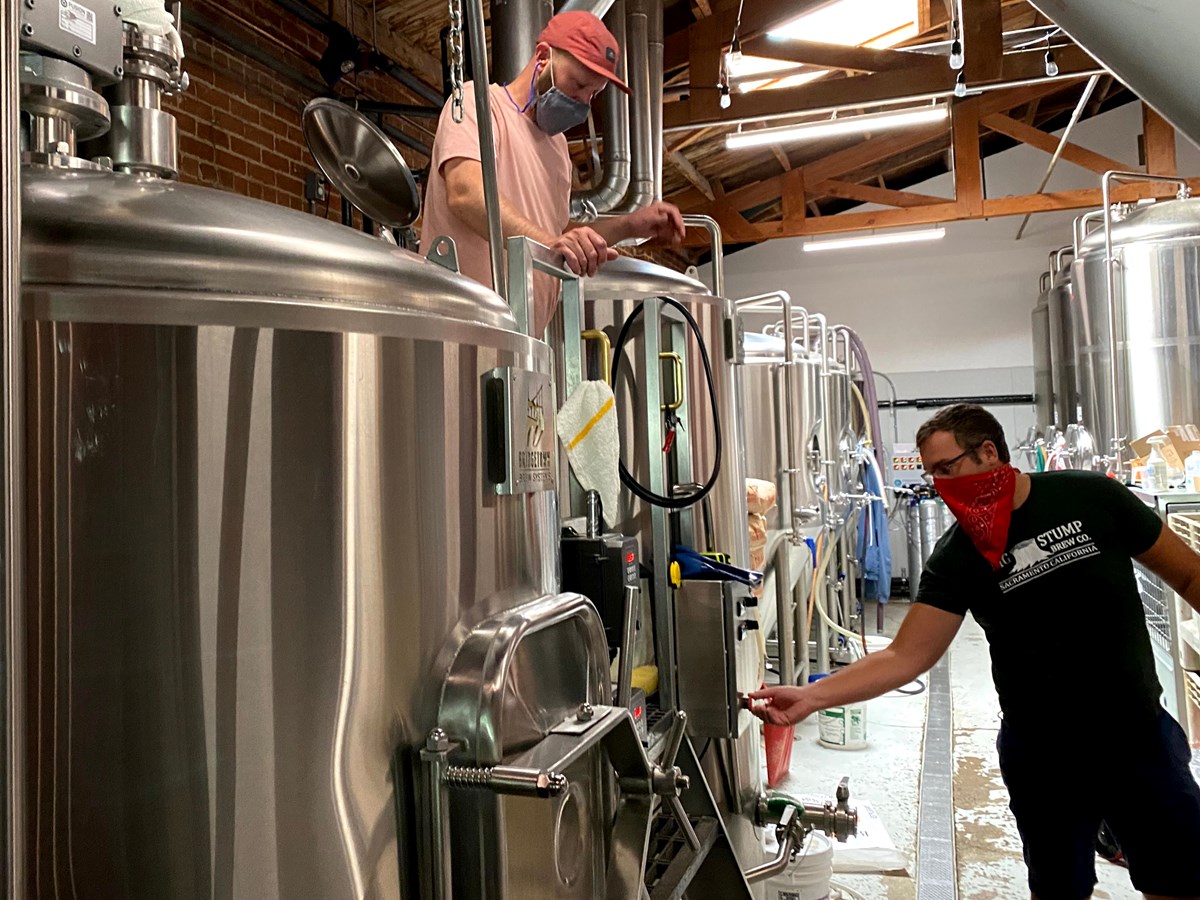 Alex Larrabee (right) checks the brewing equipment as he and his crew start work on a batch of saison at Big Stump Brewing Company in Sacramento.Randol White / CapRadio 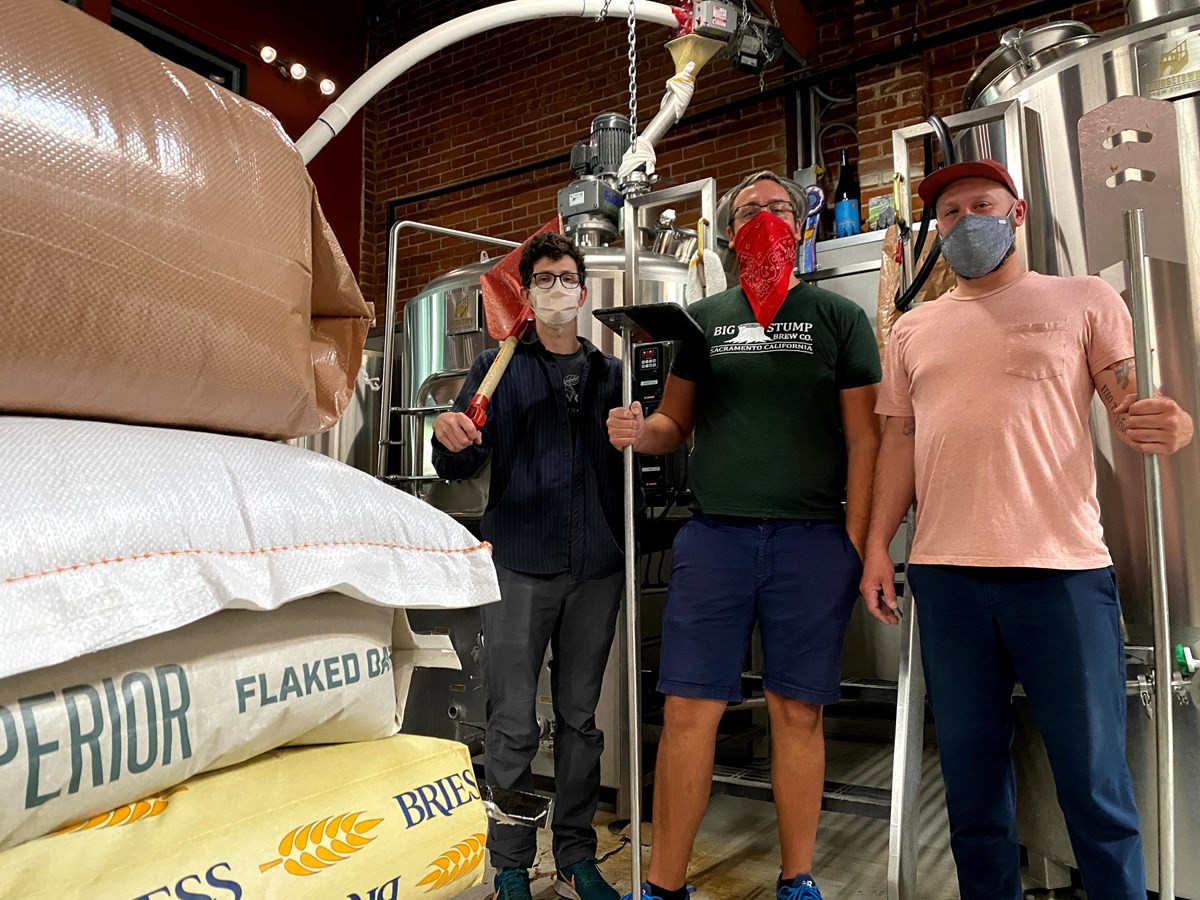 The Co-op’s Cliff says they’re already talking about what to do when the state changes its mask and face-covering guidelines.

“We’re not going to be asking people to show their vaccination cards. It’s just not going to happen. It’s not a realistic way to do business as a grocer, so it will be an honor system,” Cliff said.

She thinks many shoppers will still wear masks, but also acknowledges that “some people are so ready” to take them off.

“Not everyone’s in the same place, and they’re not going to be for a while,” Virtue said of the various perspectives during this moment. “We’ve all had a different experience over the last year and a half.”

Whether we’ve lost loved ones or a job to the pandemic or got through it relatively unscathed, we’re all still dealing with trauma, she says, and so we need to keep that in mind as we head back into social interactions.

“We have emotional triggers that are popping up,” Virtue said. “It’s healthy and it’s good to say, ‘OK, I feel maybe a little bit more emotional about this than I would otherwise,’ and that may inform the way that I respond.”

She wants to see people use this time to extend grace to the person you’re waiting in line next to, passing on the sidewalk or who may be asking you to mask-up in as you enter a Costco — because you don’t know what they’ve been through.