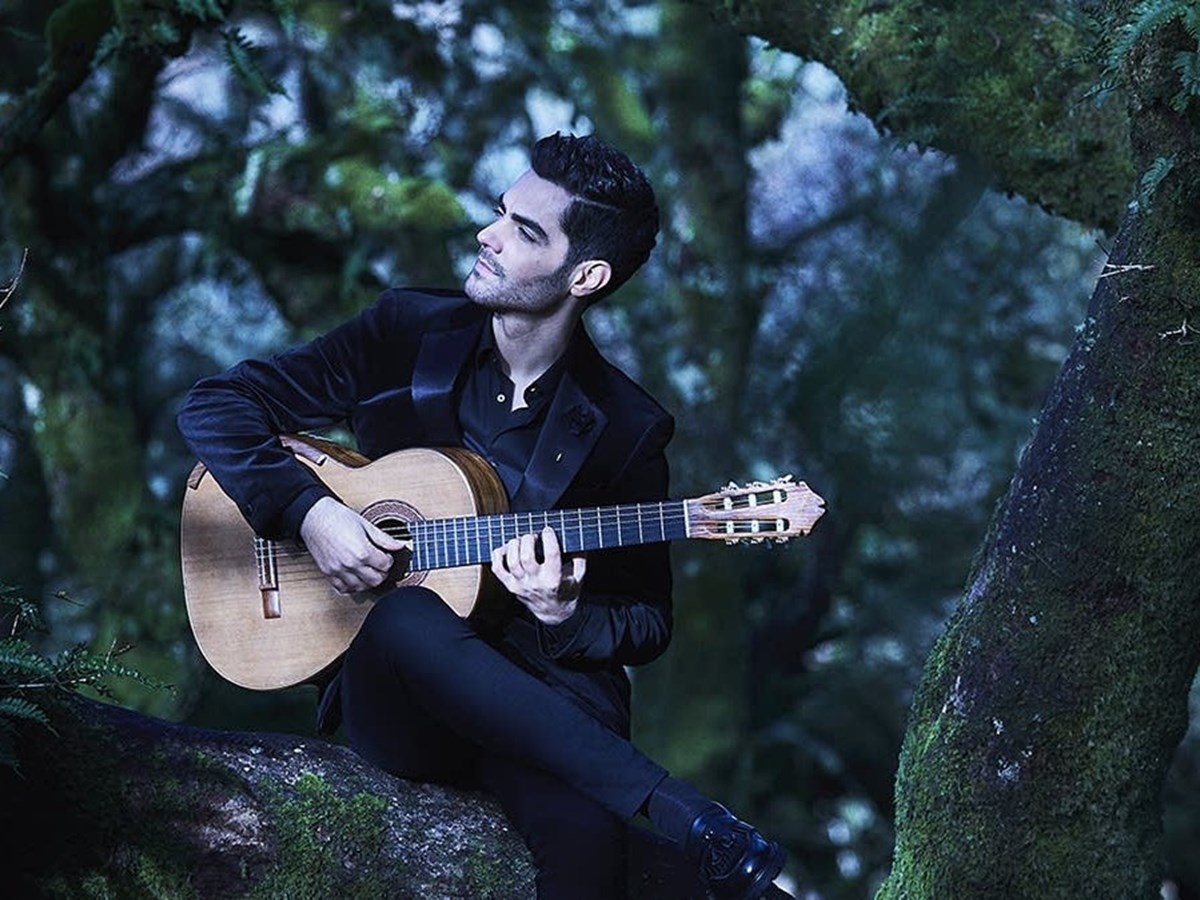 Miloš Karadaglić enjoys playing guitar in his new album 'The Moon & the Forest.'

“Joby Talbot's piece Ink Dark Moon is a modern masterpiece and Howard Shore's concerto, The Forest, has a classical elegance to it,” said guitarist Miloš Karadaglić about the two new guitar concertos composed for him and his new album, The Moon & the Forest.

Why do you consider this new recording your personal fairy tale come true?

“Ever since I started recording, it's been my dream to inspire composers to write guitar pieces. To have those composers, Howard Shore and Joby Talbot, to write for me has really been a dream come true.”

Tell us about the musical journey we hear in Talbot’s Ink Dark Moon?

“Everything I heard reminded me of the moon. I said to Talbot that in the second movement, particularly how the open strings evolve from lighter textures, to richness then suddenly emptiness, is similar to the phases of the moon. I am also reminded of how the moon transforms nightly with shades of gray and blue which are so intense and seductive.”

How does the orchestration and the guitar line in the third movement break the glass ceiling of possibilities?

“I don't have to be a shy guitarist all the time. I said, ‘Give me fireworks.’ I want to break my nails and fingers and play like there's no tomorrow. He came up with passages which are incredibly fast and loud which are also difficult to play. The piece really just explodes. That's why I say it's breaking a glass ceiling. Every time I've played it live or in the studio I felt it is the best thing I have played. It's just so much fun.”

How did the Canadian National Art Center commission Howard Shore to write The Forest for you?

“I remember during the 2014-15 concert season, I was playing The Aranjuez Concerto all over the world, and one of the performances was in Munich with the wonderful young British conductor Alexander Shelley. It was such a success that afterwards we where talking about collaboration in the future and thought, ‘Why don't we ask Howard Shore?’

Also, while I was learning Shore’s concerto I would come across references to other works which were like little fossils you would find inside a rock.

Can you give me an example of some of the references that you found in this concerto?

“There is an interesting reference to the theme from The Aranjuez Concerto in the tutti section of the second movement. I asked Shore afterward, ‘Why did you do that?’ and he responded, ‘I wanted to honor composer Joaquín Rodrigo for writing one of the most beautiful pieces ever written, not just for guitar, but in the whole world. Also, because of this piece, I am here with you writing another work.’”