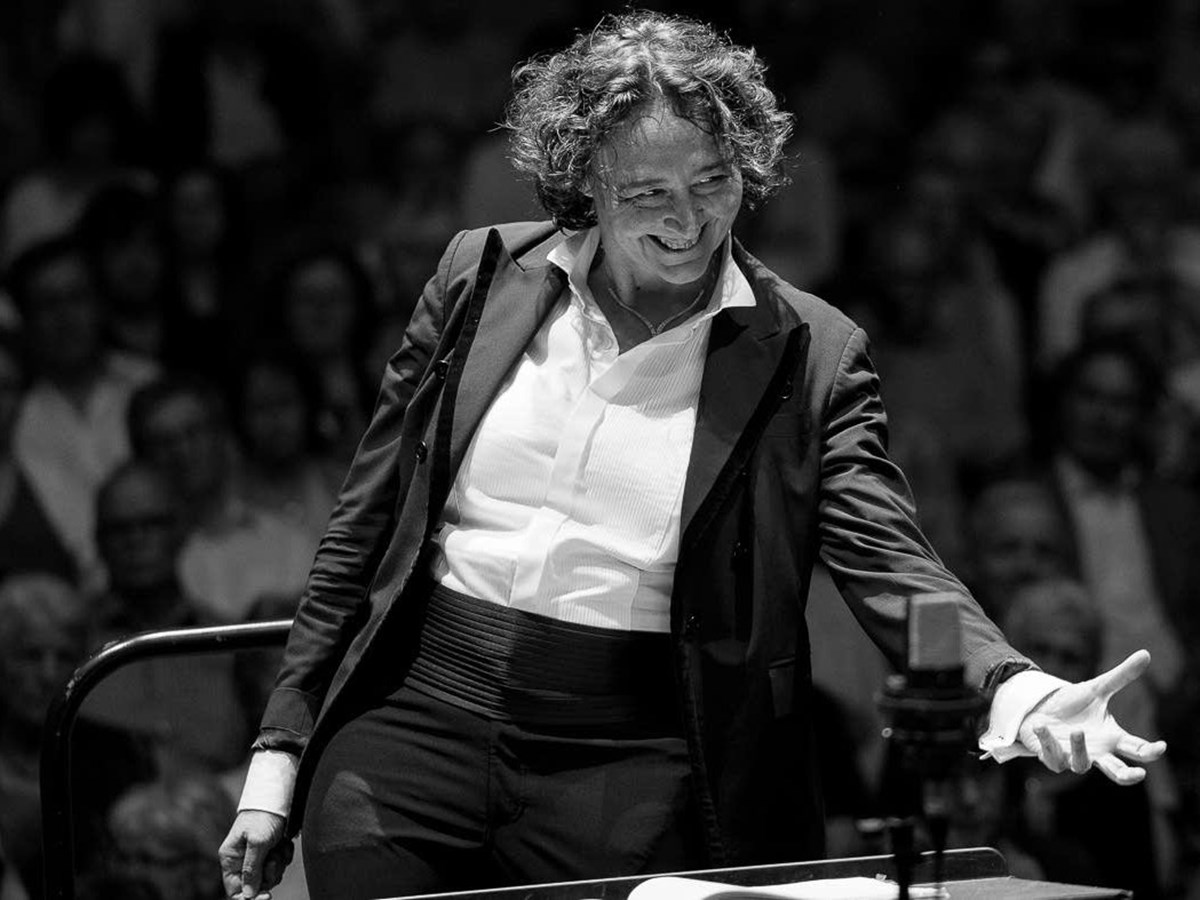 “Oh là là! I’m actually living my dream,” said conductor and contralto Nathalie Stutzmann. “My two biggest goals in life were to be a singer and a conductor, and I am just living my dream.”

Nathalie Stutzmann believes that every dream can come true and she’s living proof. It was a challenge for a young woman growing up in Paris to accomplish her goals, but she didn’t give up. She went on to become the first woman to conduct an ensemble while singing and that’s precisely what she does on her new recording, Contralto, with the ensemble she founded, Orfeo 55.

Unfortunately, that ensemble disbanded after this recording because of Stutzmann’s new role as principal guest conductor of the Philadelphia Orchestra and her conducting debut at the Metropolitan Opera this fall.

Why is the contralto voice so uncommon and difficult?

“The sound of the contralto is the voice of Earth and of the soul. I personally worked on my voice to make it as flexible and colorful as possible. The contralto register is like a wild and heavy stone. When you start you really need to work to make it light and flexible.”

Why did you want to make this recording?

“I wanted to do a tribute to and say thank you for this voice I have been living with for so many years. I learned how to love it and develop it. I wanted to show what an extraordinary instrument it is.

“I first started doing research looking for contraltos. Then I watched for who was composing music for them and which parts. That's how I discovered these rare works. It was from my research.

“My goal was to find unknown arias which are also beautiful, like Antonio Vivaldi’s ‘Cara Addio’ from Griselda. It's just a marvelous aria. We found a part of the score and I decided to orchestrate it with guitar. It became a beautiful romance, unbelievably soft and very tender. The creativity within this repertoire is so extraordinary.

Can you talk about the call-and-response between you and the woodwinds in Antonio Caldara’s aria ‘Sotto un Faggio’?

“This is actually a worldwide premiere. It's so beautiful. ‘Sotto un Faggio’ is an aria I discovered because of its tonal colors. The work has a dialog between the voice and the woodwinds. It’s special because the woodwinds are comprised of flutes, a bassoon and a chalumeau, which is the predecessor to the clarinet. I find the colors of those instruments to be close to the soft middle register of the contralto voice.”