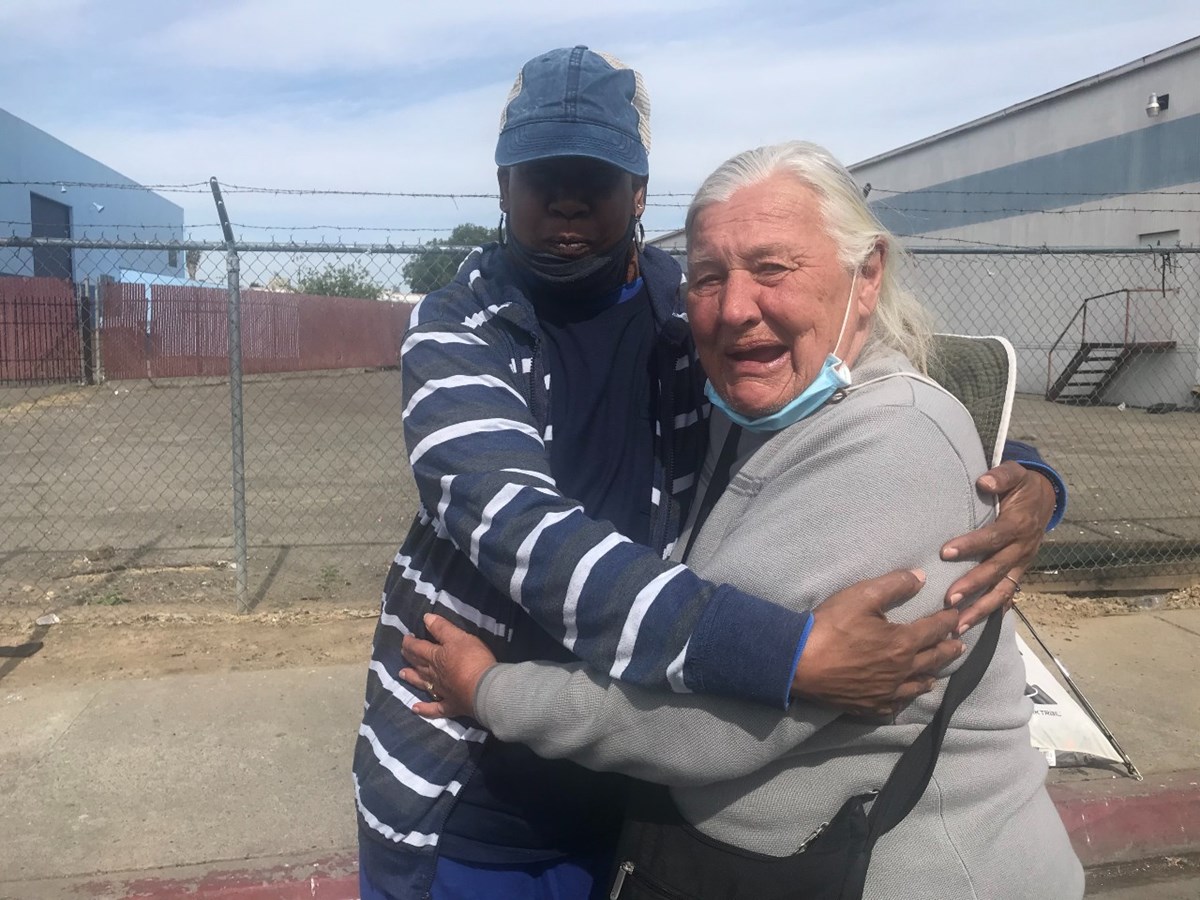 Lana Howard has been homeless for two decades. Still, the 75-year-old Texas native says she’d rather live on the streets of Sacramento than in a traditional, dorm-style homeless shelter, where she describes the conditions as like “hell.”

“When you’re in a shelter, you have no privacy,” said Howard, stopping for a moment in the city’s River District. “There’s nothing there that’s yours. Even your stuff isn’t yours. I’d rather be out here than be in there.”

Howard is not alone. Many unhoused residents refuse to live at group shelters because they feel they’re unsafe or won’t allow people to live with a partner or pet, among other rules, according to those who work with homeless residents and CapRadio interviews with several homeless individuals. 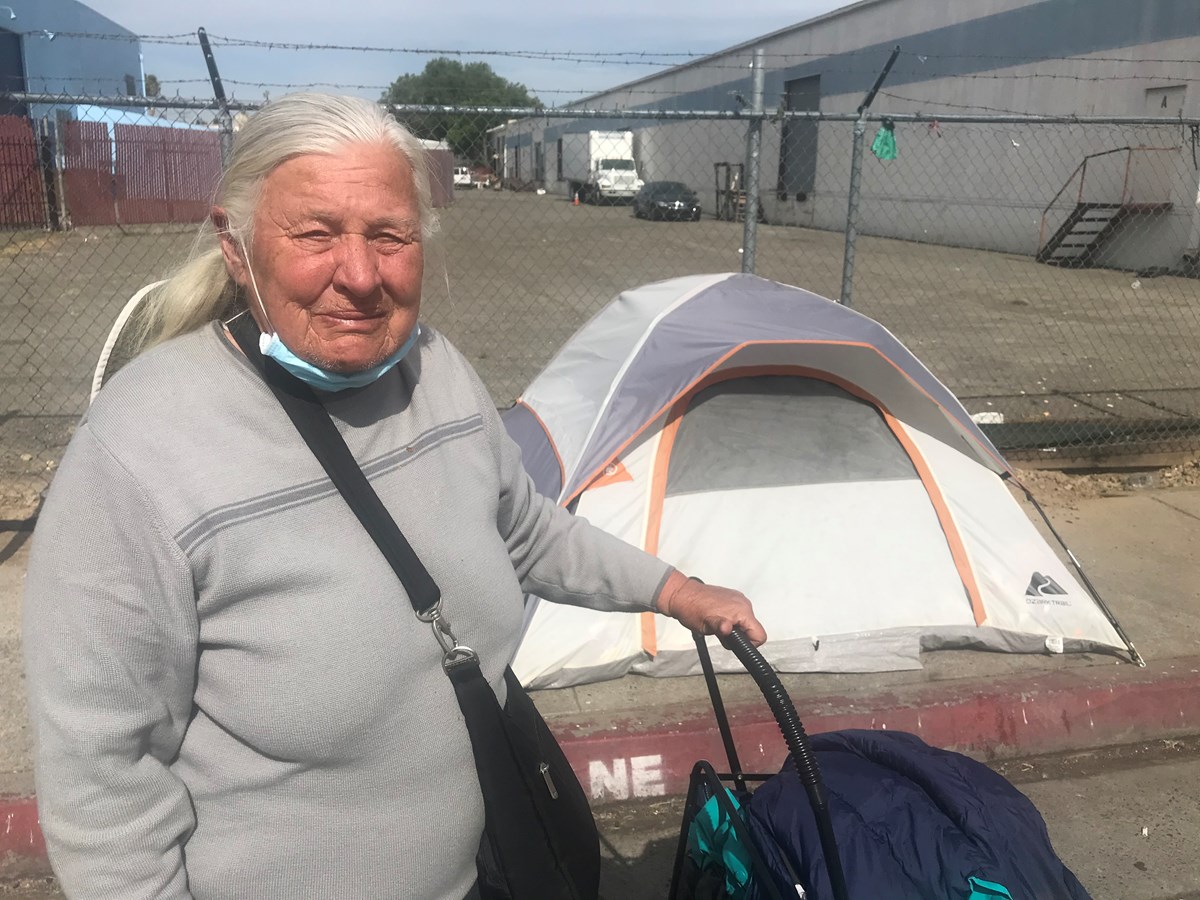 Sacramento homeless resident Lana Howard, 75, says if she had her choice she would prefer to live in a private room instead of a traditional dorm-style homeless shelter.Chris Nichols / CapRadio

To convince people like Howard to accept shelter, advocates say communities should build on the statewide Project Roomkey model of providing private rooms to homeless residents as a step toward securing permanent housing.

As COVID-19 spread across the state, Gov. Gavin Newsom’s administration started Roomkey last spring to shelter homeless Californians in motel rooms and other non-congregate settings such as trailers.

Supporters say the program prevented major outbreaks of the virus in the homeless community and offers a better way to connect residents with housing and social services. They say the rooms offer simple but profound benefits — clean water, the chance to take a shower and dignity.

But one year after Roomkey started, some local governments are winding down their motel programs citing their high cost, calling into question whether the system will continue or be phased out once the pandemic is over.

More than 12,000 formerly homeless Californians remained in Roomkey motel rooms as of last month, according to the Newsom administration. The program has served approximately 36,000 people since it started.

Newsom’s top advisor on homelessness said the Roomkey model should continue, even if some changes must be made.

“People do better in non-congregate shelters,” said Jason Elliott, a senior counselor to Newsom. “They’re able to stabilize more quickly and more durably. We’re able to work with them to get them housed with higher frequency. So it’s just a model that works better.”

Margot Kushel, director of the UC San Francisco Center for Vulnerable Populations, said permanent housing is the best solution for people who are homeless. But she described private rooms as a better “interim step” on the way to housing as long as social services are provided.

Compared with group shelters, Kushel said researchers have found that non-congregate settings offer people more sleep, are less disorienting and can give residents a chance to fill out paperwork needed to connect with services.

“I think for many people, they found them to be much less chaotic. They felt much safer,” she added.

Not all Roomkey residents say the program has lived up to its promises.

Shannon Hood said he moved into the Hampton Inn hotel in Roseville in December through Placer County’s program. He said he had been homeless for about a month after he was evicted from his apartment in Lincoln.

Hood said county social workers promised to eventually connect him with longer-term housing options, but “none of that happened.” Instead, Hood said he plans to buy and live in a truck with money he’s saved away.

“They’re not housing anybody,” Hood said.

Katie Combs-Prichard, a spokesperson for Placer County, said that’s not the case. She said all Roomkey participants are connected with a case manager and that 58 people had exited the county’s program into permanent or transitional housing.

Altogether, the county placed 331 people into motel rooms since the program started.

How Long Will Roomkey Last?

Roomkey typically costs $4,000 per room each month, including services like security, case management, food and laundry. The federal government is reimbursing those costs to local governments through at least September.

Despite the reimbursements, officials in Placer and Fresno counties told CapRadio their contracts with motel owners will terminate at the end of June, while others such as Yolo County are on a month-to-month basis.

In Sacramento County, officials were ready to start closing Roomkey motels this spring due to the high cost of the program until county supervisors directed them to find a way to extend the motel stays through August.

“For an emergency response, it all made a lot of sense. But as a response to homelessness, and a response to sheltering, it’s not the most cost-effective model,” she said.

Sonia De La Rosa, a Fresno County principal administrative analyst, said the county sees the benefit of private rooms. But that doesn’t mean they are guaranteed to last.

“We’re looking at various options,” De La Rosa said. “I think motels might be a way to do it. But I think also maybe other options. We’re looking at the possibility of tiny homes or mobile homes, different things like that. But that’s to come. It depends on how much funding we receive and the opportunity to be able to do something like that.”

‘It’s Exactly What We Need’

Faye Wilson Kennedy, co-chair of the Sacramento Poor People’s Campaign, said all levels of government should find the resources necessary for private rooms because they are a setting that “resembles normal life for most people.”

Since the pandemic started, the state has sent $512 million to cities and counties to pay for non-congregate shelters, while the federal government has provided billions of dollars more, according to the Newsom administration.

The next opportunity for Newsom to support those programs is through his revised budget, which is expected to be released this month.

Elliott, Newsom’s advisor on homelessness, declined to say whether that budget will include more money for Roomkey. However, he said the governor intends to boost spending on the state’s project Homekey, which awarded $800 million to cities and counties last year to buy and refurbish motels and hotels.

That follow-up initiative to Roomkey created approximately 6,000 units of permanent housing for homeless individuals. There are now an estimated 8,200 formerly homeless individuals living in those permanent units, Elliott said, some of whom previously lived in the temporary Roomkey rooms. 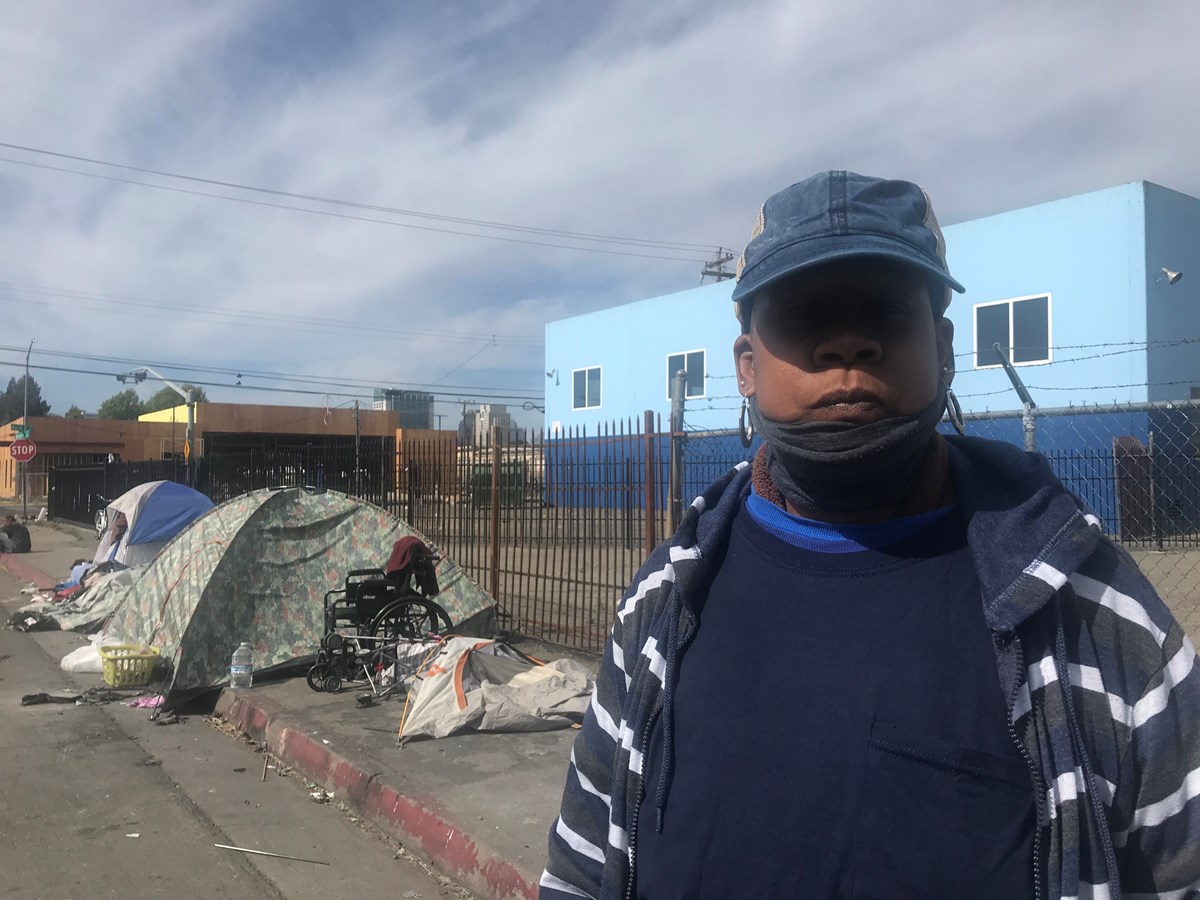 Sacramento homeless resident Mary Roy says if she had her choice she would prefer to live in a private room instead of a traditional dormy-style homeless shelter.Chris Nichols / CapRadio

Newsom proposed spending $1.75 billion on Homekey in his January budget.

“Certainly with the amount of surplus and federal stimulus (funds) we have available to us at present, we are considering increasing that number,” Elliott added, referring to the May budget.

Correction: A previous version of this story misspelled the name of Jason Elliott. It has been corrected.