Nicholas Cistone lives in his RV at the safe parking near Miller Park, Wednesday, April 14, 2021.

Fifty-one year-old Jon Rocha has spent the past five years living in his RV, constantly worrying about it being towed away. In the city of Sacramento, it’s illegal to sleep in a vehicle in most neighborhoods.

But when he moved to one of Sacramento’s recently-opened safe parking sites for homeless residents who live in vehicles, he breathed a sigh of relief.

“This here was a blessing,” Rocchia said last week, standing near his RV. “Me and my girlfriend were going, ‘Gosh, this is nice. This is what we need.”

The new site for homeless residents — located on a city-owned dirt lot near the Sacramento marina — is staffed 24/7 with case managers who work out of trailers and help connect residents with housing and social services. About 50 people live there now in 35 parked cars, vans and RVs. 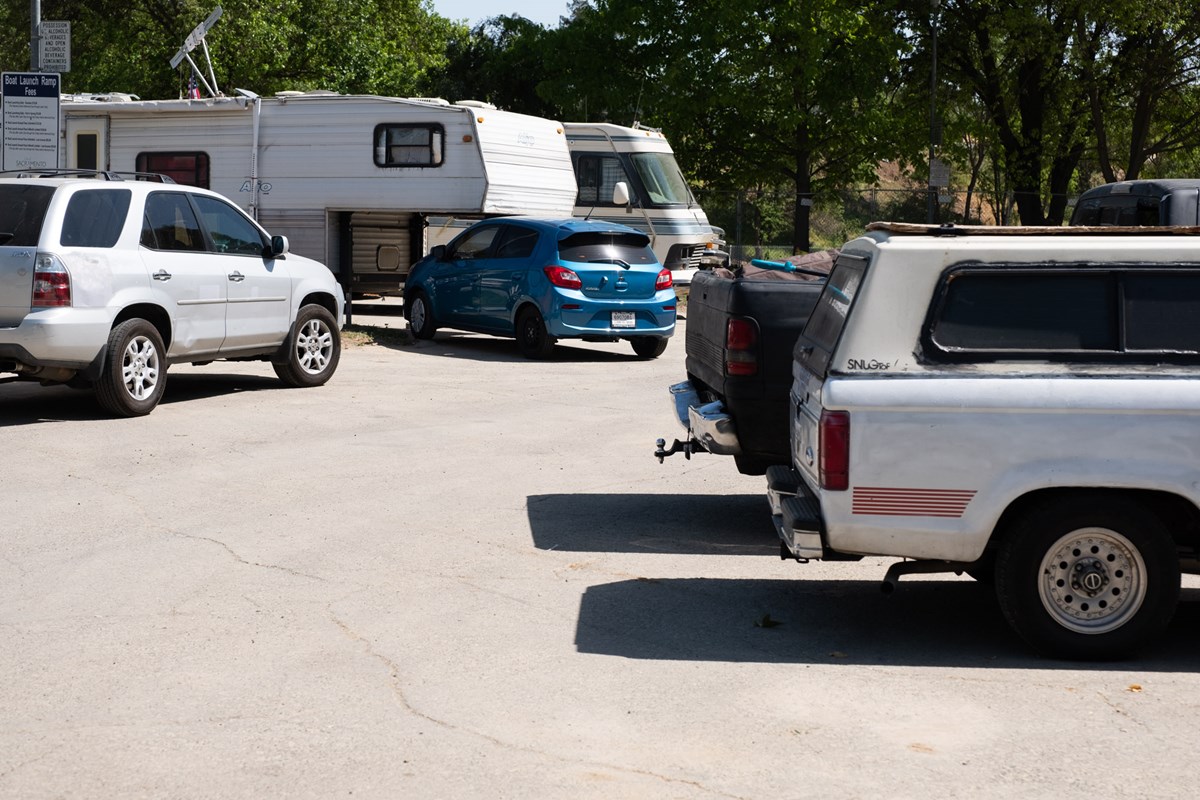 The lot opened this month after the launch of Sacramento’s first city-sponsored safe ground and parking site near Southside Park. That location had about 100 residents as of last week and has separate areas for people living in tents and vehicles, said Stephen Watters, executive director of First Step Communities. 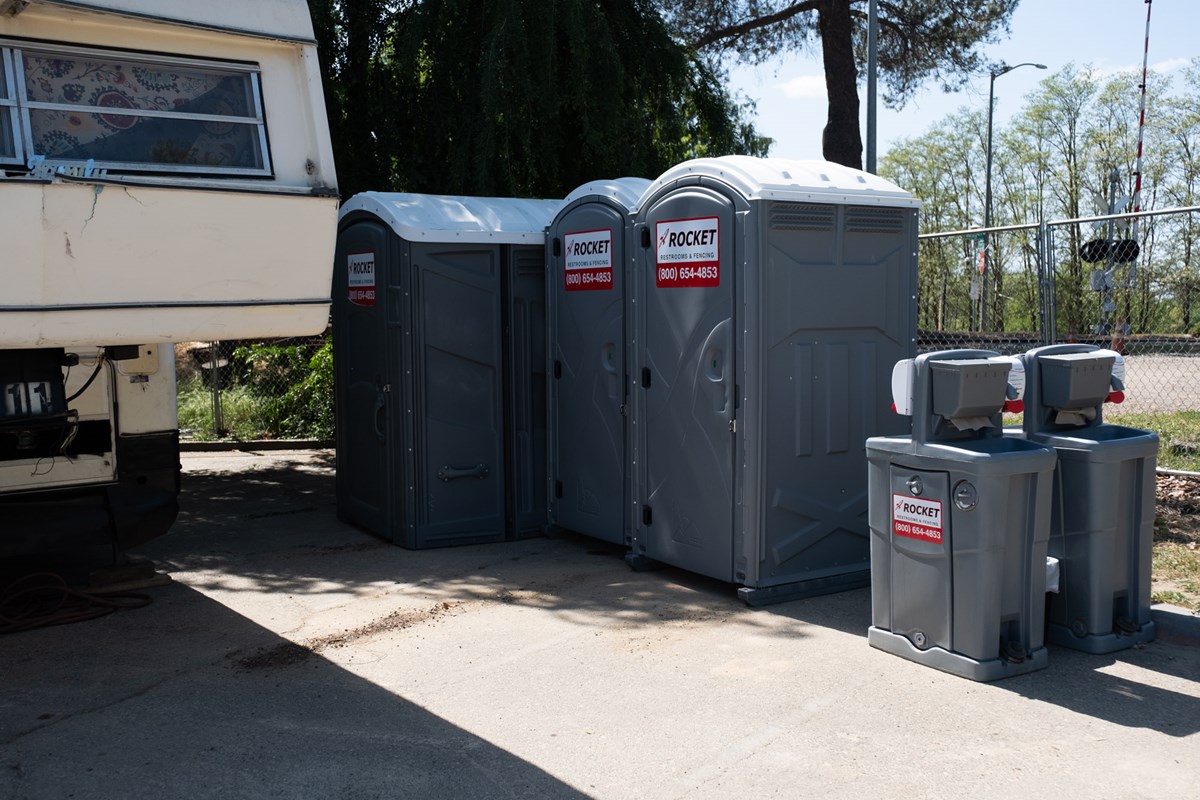 Bathrooms are provided and maintained at the safe parking site near Miller Park.Andrew Nixon / CapRadio

The city pays a total of  $157,000 per month to operate the sites, including the two parking lots and one camping location, said Tim Swanson, a city spokesperson.

Nicholas Cistone, 31, who moved to the parking site near the marina a week ago, said it has some basic amenities that most people take for granted.

“First of all, we’ve got bathrooms, which is amazing. They give us food,” said Cistone, noting he’s been without a traditional home for about a decade. “It’s nice and cool in the shade. There’s not a lot of traffic. It’s kind of it’s own little area. If I were to design something perfect, I couldn’t pick something better than this. I’m so happy with it.”

Sacramento City Councilmember Katie Valenzuela helped spearhead the creation of the safe ground homeless sites, and represents the district where the first two sites are located.

“We need at least a few dozen more, if not even more than that, just based on the demand we’ve seen at these two sites,” Valenzuela said last week.

The City Council plans to discuss creating additional safe ground and parking locations at its meeting on Tuesday. 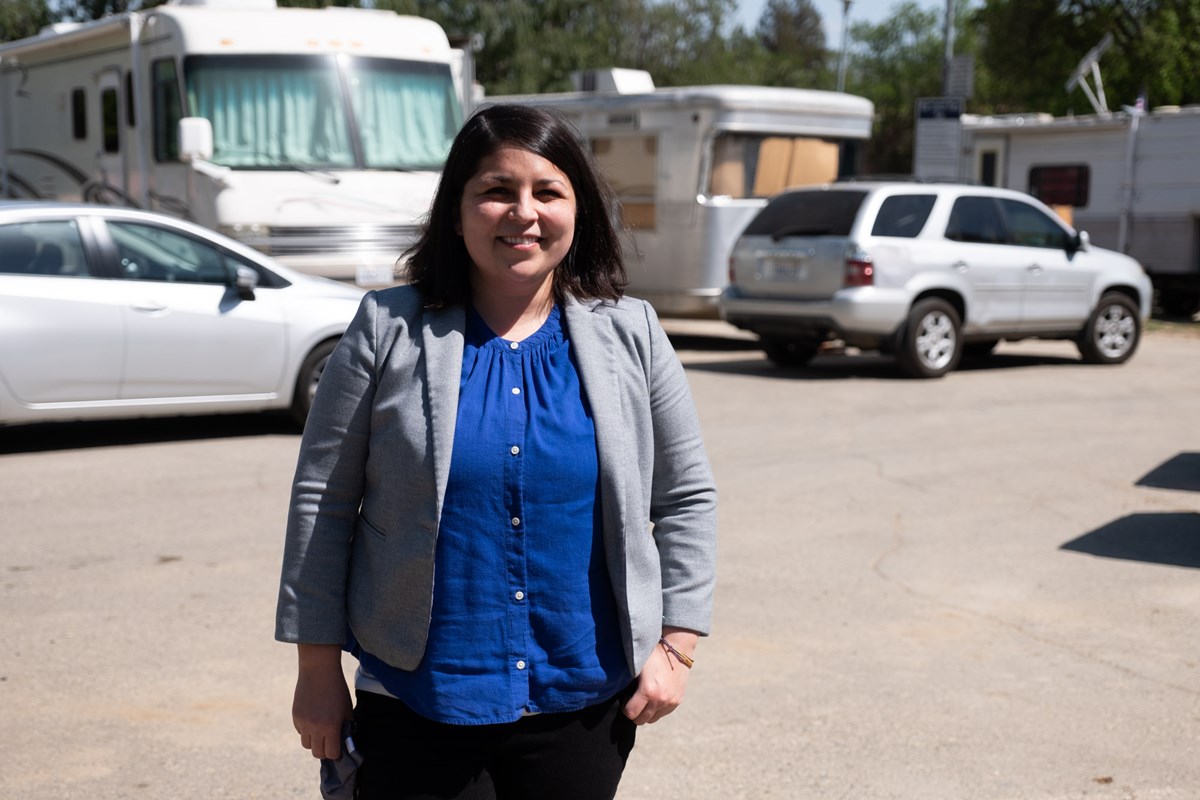 Valenzuela said people who are in need of a safe place to live can show up at the site near Southside Park, at W and Sixth streets.

Correction: A previous version of this story did not identify Sacramento City Councilwoman Katie Valenzuela in a photo. It has been corrected.

Correction: Jon Rocha’s name was misspelled in a previous version of this article. It has since been corrected.