It hasn’t been easy being a small business owner during the COVID-19 pandemic. Nationwide polling shows many have cut employee hours, changed their business model considerably, or even closed permanently.

In Sacramento’s downtown, almost one in 10 businesses have closed during the pandemic, according to the Downtown Business Partnership (although some new businesses have opened).

So what strategies are local businesses using in order to stay afloat during these tough economic times? CapRadio spoke with four businesses to learn what keeps them going. 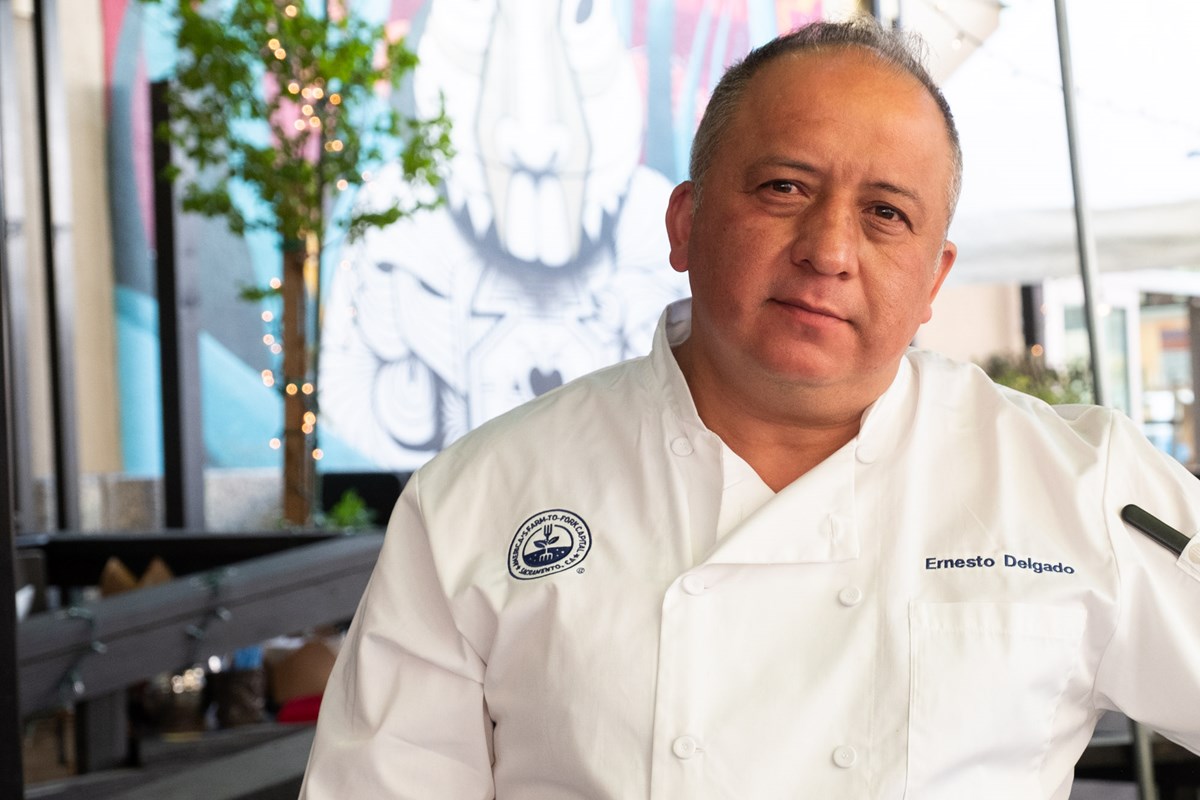 Ernesto Delgado, owner of Mayahuel Restaurant and Tequila Museum in downtown Sacramento, hosted live music on his patio throughout the pandemic to create a “community environment.”Andrew Nixon / CapRadio

Music in this piece by Dinorah and Trio Ixchel.

I inspire myself every day trying to figure out how to stay alive. And how to keep myself motivated. Because you must keep walking. If you stop walking, you die.

The weekly political protests at the Capitol, the wildfire smoke, the windstorms and the boarded up windows downtown — they all kept pedestrians away from downtown, too.

So Delgado tried to bring more positive energy to the struggling downtown area. On his newly extended outdoor patio, he hosted live music weekly — a mariachi band, a DJ, or a solo guitarist. The sounds resonated throughout K Street, and spilled over to the clientele at a nearby restaurant.

Delgado says keeping a positive outlook, and having undying patience to solve problems, is what’s helping his businesses stay afloat.

Pizza — And A Little Ingenuity — Helped Pay The Bills 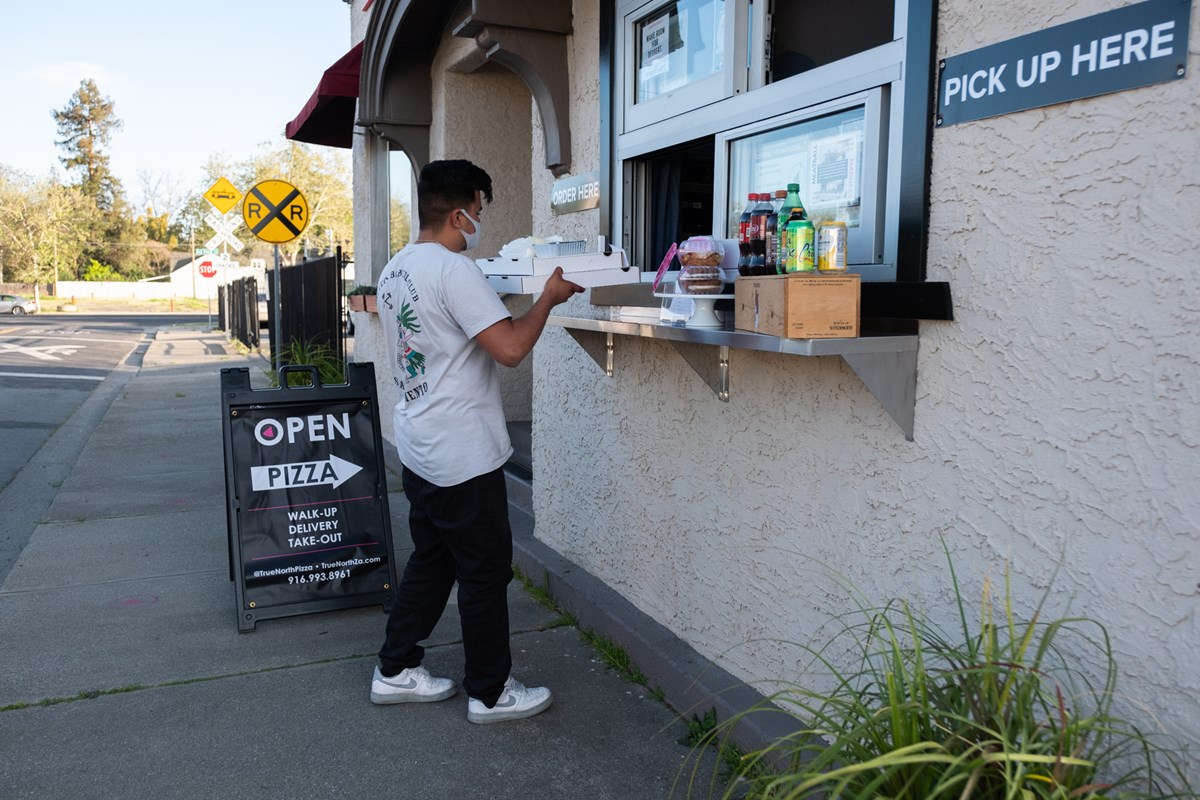 When COVID-related closures were issued, the owners of All Seasons All Reasons catering in North Sacramento started True North Pizza, selling out of a retrofitted window.Andrew Nixon / CapRadio

When the COVID-19 stay-at-home orders were issued in March 2020, Vanessa Garcia’s event catering business was turned on its head.

“Literally in a weekend, a year's worth of booked business on our calendar just started to take a hit,” says Garcia, who, with her husband Joshua, co-owns All Seasons All Reasons catering in North Sacramento which serves large gatherings such as weddings.

Small business owners wear a lot of hats, and I think we’re pretty well suited to deal with catastrophes.

Garcia said they were forced to lay off 90% of their workers and revenue wasn’t coming in. But they had to figure out how to pay the bills to keep the catering business afloat until the pandemic was over. Five months in, Garcia’s husband had a solution.

“Let's do pizza,” she remembers Joshua saying in their backyard.

So the couple decided to retrofit a window at their catering headquarters in North Sacramento, designed to sell pizza pies. That was the beginning of True North Pizza, which also sells sandwiches and salads. The couple also helps operate Luigi’s Pizza in Oak Park, so creating a new pizza product was a natural extension.

Garcia says True North Pizza is here to stay, even when large gatherings are back in full swing, and All Seasons All Reasons’ business picks back up again.

Music in this piece by Blue Dot Sessions. 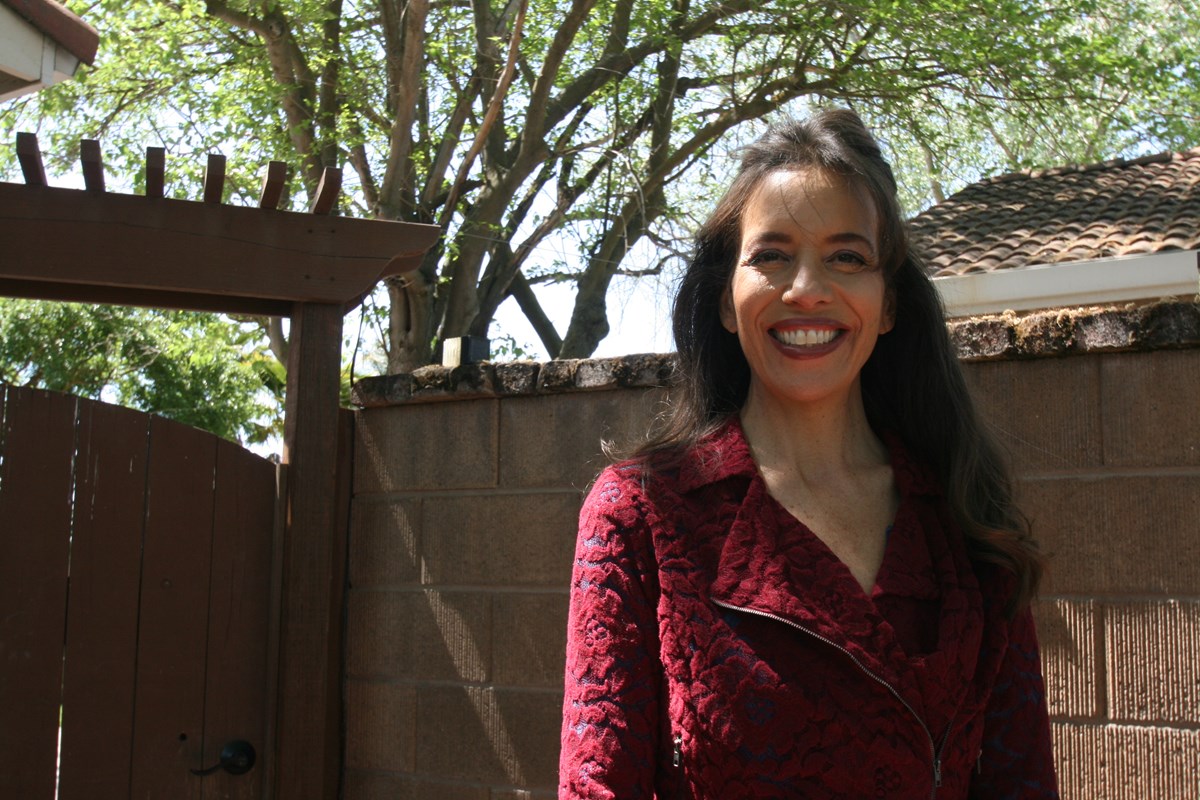 For one classical music school in Sacramento, the pandemic brought both low points and silver linings.

Tanya Vegvary Plescia, owner of the Sacramento Piano Conservatory, says interest from new students almost completely stopped during the pandemic. And in August, the landlord told the school they had to vacate their teaching and performance space near Folsom Boulevard and South Watt Avenue.

The pandemic prompted the ability to teach virtual lessons at a long distance ... There's new formats and new platforms.

“I had one month to move 12 pianos,” Vegvary Plescia said about losing the space that seated an audience of 100 people.  “I really was not given the time to grieve the space and the school and the place in the community that we had built.”

But she says some positive growth has come out of the pandemic. Vegvary Plescia says she’s now teaching many students online, and has even taken on students thousands of miles away.

“I have a student in London,” she said.

And even for families in Sacramento, online lessons are here to stay. Families like the convenience of not having to drive their kids to lessons, she says.

“Families have their children involved in lots of activities ... Now that their music lesson can be online, that's just one thing … off their plate.” 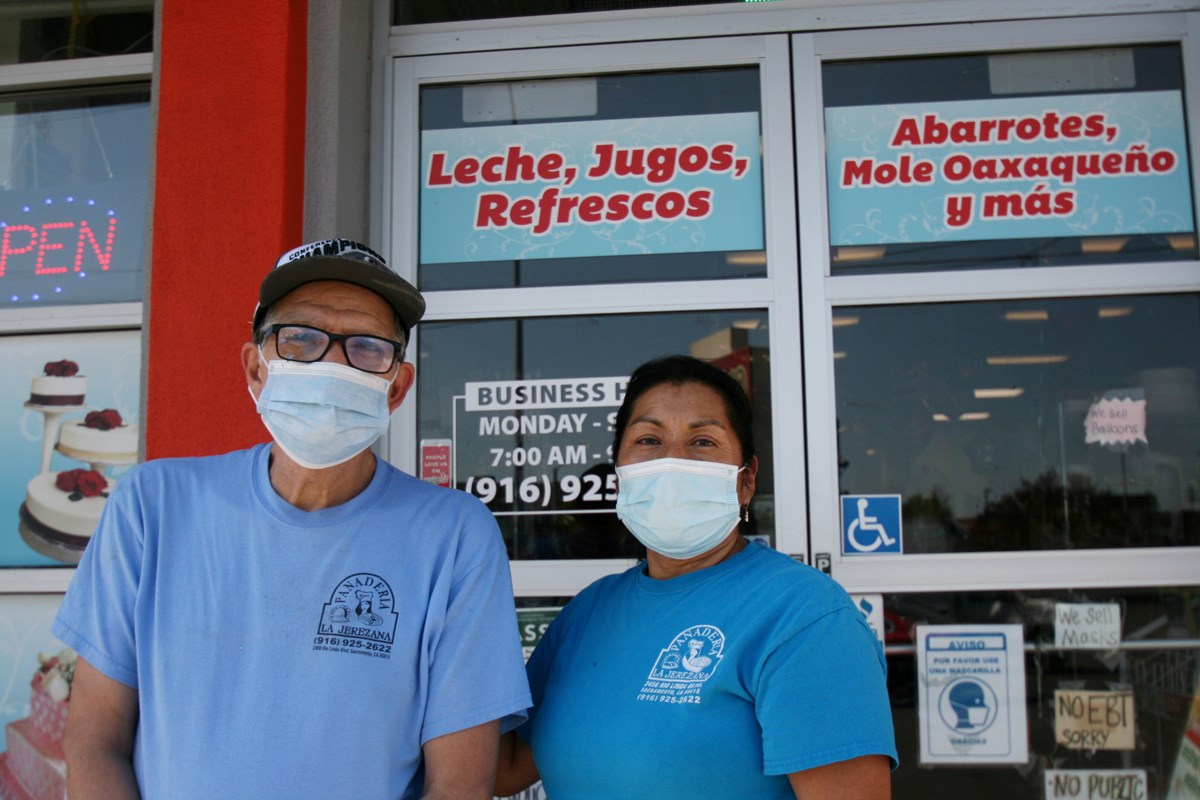 Hector and Sofia Olazaba outside the new La Jerezana Bakery storefront that they expanded to during the pandemic in North Sacramento.Pauline Bartolone / CapRadio

Hector Olazaba always found a way to sell his baked goods even before he owned La Jerezana Bakery in North Sacramento.

His daughter, Anabel Olazaba, said she would help him sell pastries called conchas and puerquitos — customary treats where her father grew up in Mexico — when she was a girl. She would go door to door with her father in Sacramento, selling the bread out of the back of his car.

We've always been about family. When one person is down, the rest of the family kind of like holds [up] the person that is down.

When the COVID-19 closures were issued last March, Hector had been planning to expand his bakery into a new, larger space. And once again, his family came together to support the business, Anabel says.

Anabel’s older sister helped secure loans to finance the storefront and keep the business afloat. Anabel’s two younger sisters work as cashiers and help out on site. Her brother ran errands for their dad. And Anabel herself promoted the bakery on social media, and even started knocking on doors with her dad again to sell baked items.

“We just kind of came together. Because I know that so many businesses have been closing. But thankfully, we have a family that's big enough to help my dad continue,” said Anabel.

During the pandemic, La Jerezana moved to a storefront space that’s twice as big as the old space.

“This is my dad's dream and that's just our motivation to keep going,” Anabel says.