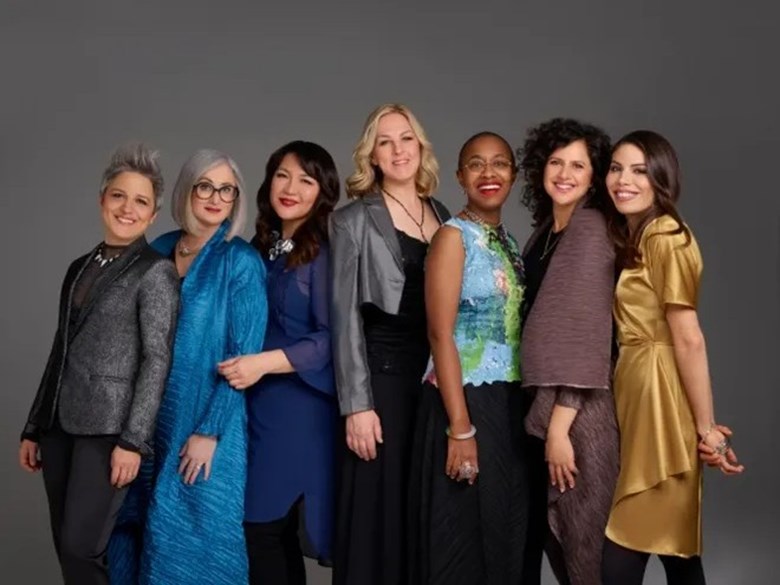 ARTEMIS is a modern jazz group.

In 2001, the National Museum of American History created Jazz Appreciation Month (affectionately referred to as “JAM”) to celebrate this great American artform for the entire month of April. In its 20th year, JAM is going strong; encouraging people of all ages to listen and learn as much about jazz as they can.

In celebration (and appreciation), I’ve selected six of my favorite recordings from the most storied record label in jazz history, Blue Note Records. Established in 1939, co-founder Alfred Lion set out to release music he felt was important. He certainly did that. As have his successors, including current President Don Was.

What follows are five recordings released under the direction of Was and one notable exception from the Alfred Lion era.

The follow-up to vibraphonist Joel Ross’ acclaimed debut “KingMaker” is his 2020 album “Who Are You?” With his band “Good Vibes”, plus a special guest appearance from harpist Brandee Younger, this track shows us that while Ross and the group try to figure out who they are on this record, we should be paying attention.

Guitarist Julian Lage has been dropping listeners' jaws since he was featured as a child prodigy in the 1996 documentary “Jules at Eight.” At only 33 years old, Lage is one of the preeminent guitarists in the world today with numerous recordings as a band leader under his belt. His next album, “Squint”, will be his Blue Note debut. Due for release in June 2021, “Boo’s Blues” is a shining sample of what we all have to look forward to.

“Why Can’t We Live Together” — Dr. Lonnie Smith, Iggy Pop

This is the opening track from organist Dr. Lonnie Smith’s latest release, “Breathe.” Featuring legendary “The Stooges” frontman Iggy Pop, this song demonstrates that both of these artists are just as cool and interesting as they were when their careers began over 60 years ago.

GoGo Penguin are one of the more original bands to be labeled as jazz on Blue Note. Undoubtedly influenced by electronic music, pianist Chris Illingworh, drummer Rob Turner, and bassist Nick Blacka create a sound with “Atomised” that is best experienced with your headphones on and your eyes closed.

An older recording from the Alfred Lion era, this track is the one exception on this list. However, pianist Jutta Hipp’s story is so fascinating, I had to include it. Growing up in Leipzig through the 1920s and 30s, Hipp was forced to listen to jazz in secret, since it was banned by the Nazi regime. Following the war, she eventually moved to New York in 1955 where she would record two albums for Blue Note before dropping out of music entirely in the late '50s. So much so that Blue Note didn’t know where to send her royalties until 2000, three years before she died. Thankfully, the music lives on forever.

“Goddess of the Hunt” —  ARTEMIS

The impact and contribution of women in jazz is a primary focus of JAM. ARTEMIS is a group of seven women, hailing from six different countries, who have all had an immense impact on jazz as solo artists and come together to form what can only be described as a supergroup. Under the direction of pianist and Blue Note mainstay Renee Rosnes and featuring Anat Cohen, Melissa Aldana, Ingrid Jensen, Noriko Ueda, Allison Miller, and multiple Grammy winning vocalist Cécile McLorin-Salvant, ARTEMIS absolutely nails it on this track from their self-titled debut.