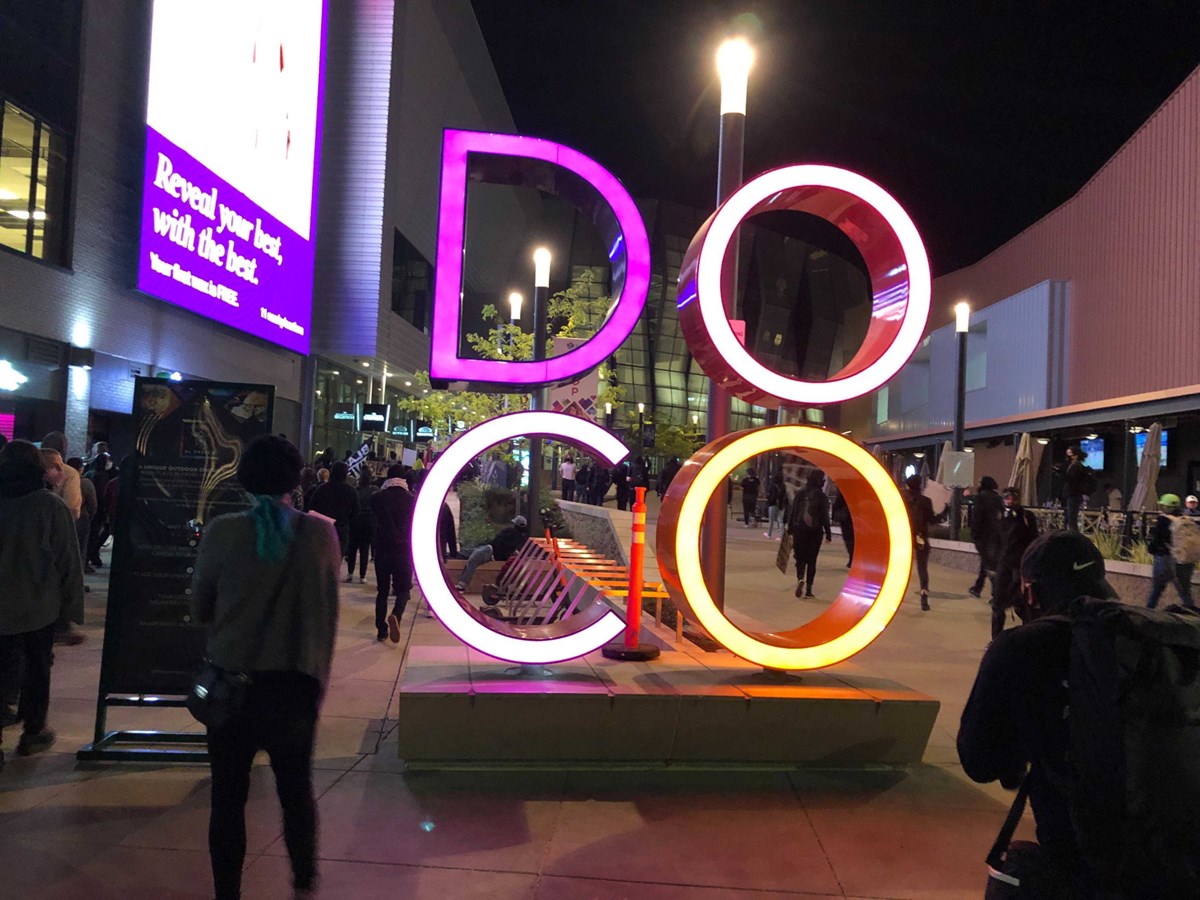 Dozens of demonstrators took to downtown Sacramento on Tuesday night to speak out against the police killing of Daunte Wright in Brooklyn Center, Minnesota.

“My Black skin is not a threat to white people,” one speaker said, garnering cheers from demonstrators.

Another speaker, wearing a hat and cloth mask, channeled frustrations from the crowd: “If this cop doesn’t go to jail and serve time, we’re gonna light this motherfucker up.”

Ebony Ava Harper, a local transgender rights activist, attended the demonstration and said the killing of Wright is only the latest instance of police brutality that demands justice.

“I’m worried that people could become desensitized to all these killings,” she said.

Later, the dozens-strong group took to the streets, marching past the jail, Capitol building and the Sacramento Kings arena.

Many protesters wore all black, chanting anti-police slogans and the names of people killed by police in recent years.

A significant law enforcement presence, which included officers from agencies outside the Sacramento region, declared the protest unlawful around 10 p.m.

There were no arrests, according to a Sacramento Police Department tweet, though they are investigating several instances of vandalism.

Protest in downtown Sacramento in response to the police killing of Daunte Wright.

“My Black skin is not a threat to white people,” says the first speaker.

Most protesters I’ve seen at a demonstration since last summer.

Wright’s death at the hands of a police officer during a traffic stop on Sunday has led to demonstrations across the country. On Tuesday, both the officer and the chief of police of the Minneapolis suburb resigned.

Prosecutors announced on Wednesday that the officer, Kim Potter, would be charged with second-degree manslaughter, which carries a maximum penalty of 10 years in prison.

Wright’s death comes as former police officer Derek Chauvin faces murder charges at trial in Minneapolis, less than a year after he kneeled on George Floyd’s neck for over 9 minutes. Floyd’s death sparked mass protests and civil unrest across the country last summer.

Multiple demonstrators Tuesday night declined to speak with CapRadio on the record.