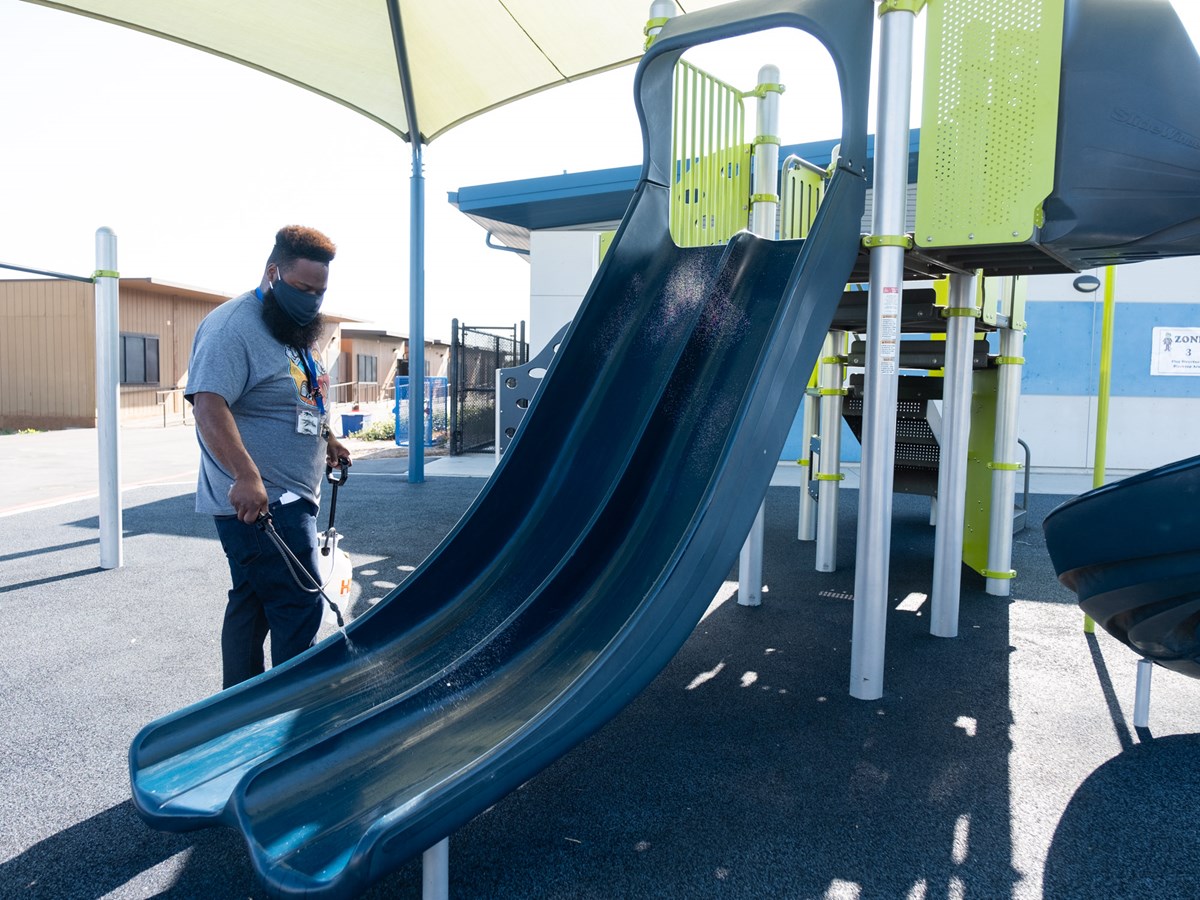 When Elk Grove Unified School District announced it would be starting a hybrid model of schooling this month, with some in-classroom and some remote-class days, parent Winnie Tam Hung says it was a no-brainer: Her two elementary-school aged children would be staying home.

“I’m hesitant because of all this rise in anti-Asian violence,” Hung said. “I experienced a lot of racial bullying as a kid, given this current climate I’m very hesitant about being out in public with my children and sending my children back to school.”

Hung isn’t the only Asian American parent who’s having second thoughts these days. Across the country, there have been reports of Asian American students returning to in-person learning at much lower rates than their peers of other races and ethnicities.

At Sacramento City Unified School District, data on return rates of students showed that Asian Americans were the least likely student group to return for classes. Just a third of Asian American students said they’d come back for in-person learning this month.

These numbers most starkly contrasted with the return rates of white students, where 71% said they’d return for in-person classes. About 50% of Black and Latinx students stated they’d return.

Mya Baker with The New Teacher Project, a national education nonprofit, says her organization has been hearing statistics like these across the country.

“We’re actually seeing that Asian students and family are choosing not to return to in-person learning at some of the highest rates across the country and regardless of the school environment,” Baker said.

She said parents report a number of reasons, namely safety related to contracting COVID-19 and concerns about increased bullying and harassment.

“We’ve seen one report that said when they surveyed students of Chinese descent, they found that 80% of those students had witnessed COVID-related discrimination either in person or online,” Baker said. “So when you see those numbers so incredibly high, you understand that parents have concerns about both the physical and emotional safety of their students.”

She adds, however, that this large-scale decision to remain remote could have unintended consequences.

For one, her organization is concerned about learning loss for students the longer they remain out of classrooms, and they’re also concerned about the long-term impact of social isolation.

She adds that when in-person classes resume, the fact that there will be dramatically fewer Asian American students present around the country could also mean racism against Asian Americans could become worse.

“With this slow rate of return, it could actually lead to an increase in more anti-Asian sentiment among students, because classes will be less diverse,” Baker said. “Asian students are more likely to feel isolated and face bullying and just generally, students are not having that traditional peer-to-peer interaction.”

Greg Kim-Ju, a professor of psychology at Sacramento State, says Asian Americans may also be more hesitant to return for reasons unrelated to the rise in anti-Asian hate incidents.

While he admits that is likely a factor, he adds that Asian American and Pacific Islander families may be respecting more social-distancing and pandemic practices, especially because they’re more likely to be living in multi-generational households with elderly, high-risk members.

Earlier data collected by CapRadio and Valley Vision last summer indicated that Asian Americans were one of the racial groups that were most likely to be practicing multiple pandemic safety measures. They were also the racial group most concerned about stopping the virus.

Elk Grove is one of the region’s most diverse school districts, with a student body that’s over a quarter Asian American or Pacific Islander. Parent Winnie Tam Hung said, while her children hadn’t experienced any racism directly, they had told her about things they’ve overheard.

“At the beginning of the pandemic one of my childrens’ classmates was called some kind of slur that was related to coronavirus, and so that was a concern,” Hung said.

She says she wants to see proactive responses from school administrations, from the principal to teachers and staff.”

She said she’s sensed some hesitance on the part of school districts to address anti-Asian racism head-on, and she said that has worried her, as well.

When it comes to who is returning to class and who is remaining at home, Elk Grove Unified has said they don’t currently have data broken down by race and ethnicity.

Mia Fong, a ninth grader at Davis Joint Unified School District, says while about 70% of her classmates at her high school opted to return to in-person classes, she will be staying home.

“For me and my family, I just felt more comfortable, and I think it would be more safe for me and my family to stay home,” she said, adding that her school had recently instituted 3 feet of social distancing, rather than 6 feet, which worried her, as well.

Susan Lee Perez is a parent of mixed-race elementary school children who attend Davis schools. She has decided to send both her children back for in-person classes — after a lot of deliberation — but added that she will be extra vigilant and keeping a close eye on them. She teared up when talking about her decision to send them back.

“I’m going to drive them to school. I don’t feel safe with them walking or riding their bikes. I’m going to stand there right at the front and make sure they’re picked up right away, and that nobody can bother them,” Perez said.

She hopes in some way that can shield them from the worst.