Have You Seen A Doctor Lately? Delays Likely To Trigger Deaths, Poor Health 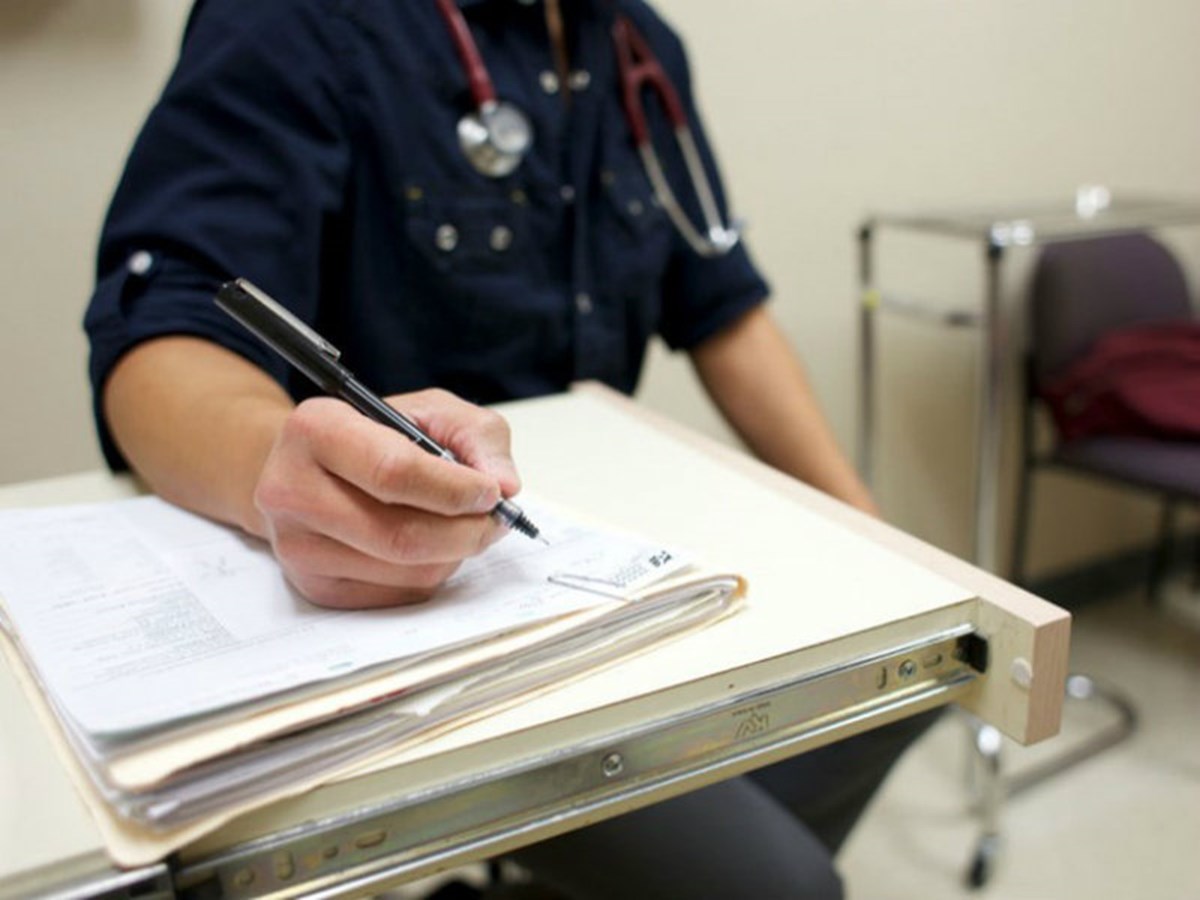 BY ANA B. IBARRA, CalMatters

At his clinic in East Los Angeles, Dr. Efrain Talamantes recently saw three patients — all seniors with dementia — who hadn’t visited his office in more than a year. Finally seeing them in-person, after they were vaccinated, felt like a huge victory. But Talamantes worries that many patients have slipped through the cracks, endangering their health by delaying care for their diseases during the pandemic.

“As we focus on recovery, we have to ensure that we get vaccinated,” Talamantes said, “but also that we have a concerted effort to manage the chronic diseases that haven’t received the attention required to avoid complications.”

Doctors and other health experts predict that, in the near future, the year-long delays in patients seeking medical care could cause worsening health conditions, delayed diagnoses and earlier deaths.

The consequences will likely be felt hardest in high-risk communities of color — like the one Dr. Talamantes serves — that face more dangers from lapsed medical care. For patients with life-threatening, chronic diseases like diabetes and asthma, routine care is critical.

As the coronavirus swept through California last spring, many people cancelled their in-person medical appointments or their providers temporarily closed their doors. Telehealth visits boomed in the past year, but there’s only so much that doctors and nurses can do through a screen. Dental visits, mammograms and annual wellness checks were put on hold.

About a third of Californians who had an urgent health problem unrelated to COVID-19 and wanted to see a physician did not receive care, according to a poll of 2,249 adults conducted last summer by the California Health Care Foundation. And almost half of those surveyed didn’t receive care for their nonurgent physical health problem.

Feeling more confident after getting their COVID-19 vaccinations, many Californians, especially seniors, are finally catching up with medical appointments. But others are still falling behind on routine care.

Dr. Wiley Fowler, an oncologist at Dignity Health in Sacramento, has seen a steady uptick in people returning in the last two months. But his patient volume still is only about 85% of what it should be.

“There’s a reason and a rationale behind recommendations for interval followup. We would encourage people to reach out to their clinicians and proceed,” he said.

“Unfortunately, we know we’re going to see some tragedies related to the delays.”

But heart disease and cancer remained the top causes of death in 2020.

Because non-COVID-19 emergency room visits dropped nationwide by about 42% in the early months of the pandemic, some experts theorize that people may have suffered worse outcomes because they were avoiding hospitals after heart attacks and strokes.

Cancer deaths stayed roughly the same, with a decline of less than 1% in 2020 compared to the previous two years.

However, this status quo might be temporary: The National Cancer Institute predicts that pandemic-related delays in screenings and treatment for breast and colorectal cancers alone could result in almost 10,000 excess deaths in the U.S. over the next 10 years. That would translate to approximately 1,200 more deaths in California from those two types of cancer. Experts say it’s a conservative estimate because it only accounts for a six-month delay in care, and people are postponing care longer than that.

“Rather than finding it on a mammogram…the patient now comes in because they feel something and we’re making the diagnosis later on in the course of disease, which unfortunately means a lower likelihood of being cured,” said Dr. Richard Bold, physician-in-chief at the UC Davis Comprehensive Cancer Center.

For Alzheimer’s disease, 1,883 more Californians died last year than in 2019. While it’s hard to pinpoint exact reasons, experts say it could have been driven by isolation and the abrupt pandemic-related closure of support services that Alzheimer’s patients rely on.

“We’re all trying to maintain our mental health with technology, but that’s not always an option for these individuals,” said Elizabeth Edgerly, executive director of the Alzheimer’s Association, Northern California. “They lost physical contact — those living in congregate settings were confined to their room.”

California also had about 12,000 additional “other” deaths — a category that includes any causes beyond the 13 major ones tracked by the Centers for Disease Control and Prevention. State health officials were not available to explain why or give details before publication.

Anecdotally, Bold said he has heard from colleagues seeing more severe disease in the past two to three months.

That could be because people have delayed screenings and other tests. During the state’s first stay-at-home order, cervical cancer screenings dropped about 80% for the 1.5 million women in the Kaiser Permanente Southern California network, according to one study. After the order was lifted, screenings picked up again, but were still between 24% and 29% lower than in 2019.

Many children also have skipped visits to doctors.

Beginning last March, substantially fewer infants and children visited doctors in person or via telehealth under the state’s Medi-Cal program, which serves low-income residents. Before then, visits had been increasing, but they sharply dropped as soon as the pandemic began. By August, visits plummeted 40% compared to August 2019, according to preliminary data from the Department of Health Care and Human Services.

Returning to the doc’s office

The only in-person care he sought over the past year is routine blood work that is required of someone who has had HIV for 20 years. But everything else was off the table; he simply doesn’t feel comfortable sitting in a waiting room with other people.

“I’m pretty obsessive about my health and it bothers me that whatever stage I was at, I’m probably behind that now,” he said.

Dalton recently got his first COVID-19 shot, which has already provided him some mental relief. He is waiting for his second dose before even thinking of returning to a doctor’s office. And, he said, “I’m probably going to be wearing a mask until next winter.”

Bold, of the Davis cancer center, said there is no longer a reason for patients to put off screenings and other care. He said medical offices are safe — health care personnel are largely vaccinated, everyone is urged to wear a mask and patients are screened for COVID-19 upon entering a facility.

Talamentes, an internist and chief operating officer at AltaMed, said his clinic in East Los Angeles continues to operate at limited capacity to allow for proper safety protocols. When in-person slots become available, they are booked almost immediately, he said.

AltaMed, a federally qualified health center, has been offering vaccines to patients and their families, and when they go in for their shot, they are reminded to schedule wellness checks and dental visits.

Last year, AltaMed clinics saw about half the number of people with hypertension — high blood pressure — than in previous years, Talamantes said. The concern is delayed treatment could develop into more severe, uncontrolled heart disease, which then make them more vulnerable to illnesses like COVID-19. Diabetes and obesity are two other conditions fairly common within his patient population that also need management and routine care.

One silver lining, Talamantes said, is that some of his patients have become more in tune with their health after experiencing devastating losses in their families.

“If someone in their family died (from COVID-19) we often hear ‘well, they didn’t take care of themselves, estaban gorditos, so I need to take care of myself.’”