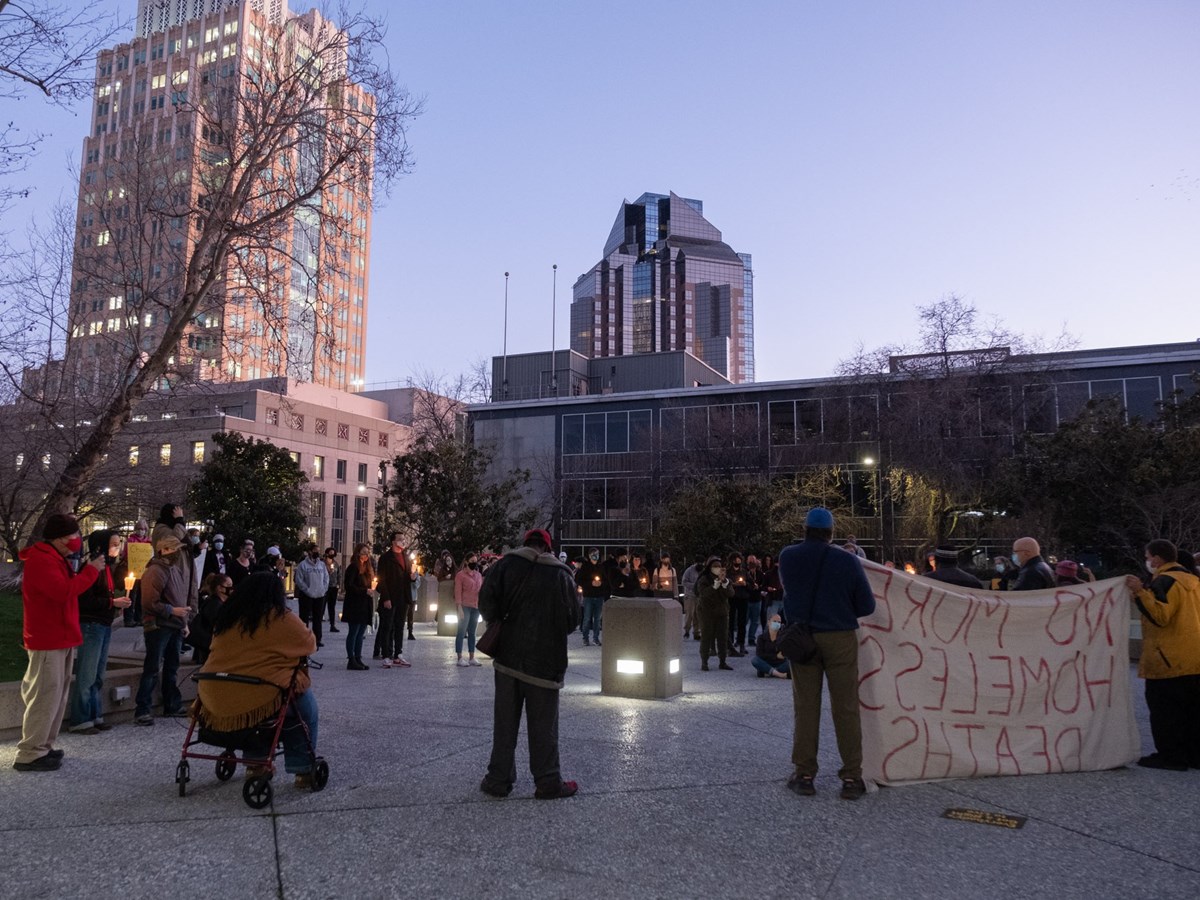 The Sacramento City Council voted this week to spend $3 million to fund “triage centers” year-round, with the goal of providing overnight walk-in shelters for people in crisis, including area homeless residents.

The move ends the city’s long reliance on weather-based thresholds to open the small emergency shelters, traditionally called warming or cooling centers depending on the time of year. These barebones facilities offer respite from the elements, plus snacks and water but fewer services than traditional homeless shelters.

Advocates for the area’s unhoused community had for years called on the city and county to eliminate the weather-dependant criteria.

Sacramento opened two warming centers this winter after several unhoused people died in a powerful storm. But before that action, it had not opened them for four years because of its reliance on the strict criteria. Those rules called for temperatures to reach freezing on three consecutive nights or soar to 105 degrees before opening the shelters.

Before Tuesday’s vote, Faye Wilson Kennedy, co-chair of Sacramento Poor People’s Campaign, wrote to the council urging it support the year-round model, saying it would “save lives.”

Joe Smith, policy director for the homeless service center Loaves & Fishes,praised the decision in a statement on Twitter after the vote.

He described it as “an important step in providing comprehensive shelter for our neighbors experiencing homelessness.”

There are an estimated 5,600 homeless residents in Sacramento County, according to the most recent survey conducted in 2019.

In February, community groups held a vigil for the six unhoused people who died during the January storm and called on city and county leaders to get rid of the restrictions on warming centers. In December, the same groups held a memorial for the 90-plus people who died on the streets and in homeless shelters in Sacramento County in 2020, several of whom advocates believe froze to death.

This week’s vote approved $3 million in spending for an undetermined number of triage centers through June 30. Mayor Steinberg, who proposed the new year-round triage center model, will likely seek additional funds in July, according to a news release from the mayor’s office.

The city currently operates two indoor emergency shelters and one outdoor shelter, all of which could be converted into year-round triage centers. But officials expect to identify additional sites to serve as part of the new model.

The existing shelters are at the downtown Library Galleria at 828 I St.; Sacramento Capitol City Seventh-Day Adventist Church, 6701 Lemon Hill Ave.; and a city parking garage at 10th and I streets.

The council agreed to devote one triage center to women, children and families, following a request by Councilmember Angelique Ashby

Before the vote, Councilmember Katie Valenzuela told CapRadio the discussion on the triage centers would be one of the most important ones conducted by the city.

“If there was a crisis tomorrow and if there was a flood or there was a fire, we would figure out how to house thousands of people,” Valenzuela said. “We know we can do it. The only reason we’re not doing it is because we don’t have the political will. We can do this.”

The move to open triage centers year-round comes as Sacramento continues to work on longer-term solutions, including a master siting plan on homeless housing solutions.

The master plan will designate places around the city for longer-term shelter, tiny homes, permanent housing, and safe camping and parking.

The council is expected to approve that in June.