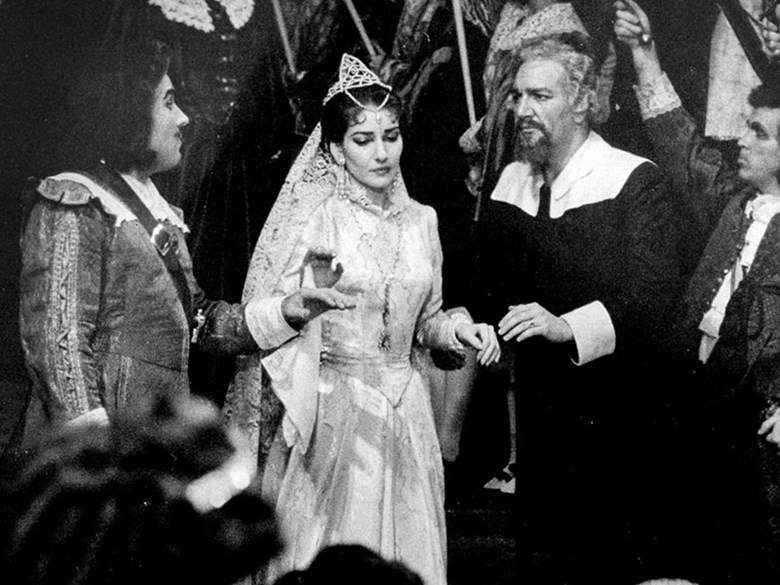 The 2020-21 Met Opera Saturday Matinee Radio broadcast season is their 90th consecutive season on radio. Due to cancellation of live performances, this season is one of special encore broadcasts featuring new commentary and intermission content from host Mary Jo Heath and commentator Ira Siff, including new artist interviews, special features and the Opera Quiz.


As part of its 2020-21 radio broadcast season, the Metropolitan Opera will air its first-ever Listeners’ Choice broadcast, a historic performance chosen by radio listeners from around the world: Donizetti’s Lucia di Lammermoor starring Maria Callas. This performance from December 8, 1956, is the renowned soprano’s only Met radio broadcast. She portrayed the tragic heroine who comes undone in one of opera’s most famous mad scenes. Callas joined a cast featuring Giuseppe Campora as Lucia’s lover Edgardo, Enzo Sordello as Enrico, her brother and Edgardo’s sworn enemy, and Nicola Moscona as Raimondo. Fausto Cleva conducted.

During December, the Met invited members of its worldwide radio audience to vote for their favorite from among ten legendary performances drawn from the Met archives. The Listeners’ Choice broadcast of Lucia di Lammermoor will include new commentary and radio features reflecting on Callas’ portrayal of this iconic role, as well as comments from radio listeners explaining why this broadcast was their top choice.
﻿ Older