As a mob of President Donald Trump supporters stormed the U.S. Capitol building in Washington D.C., some of his supporters in Nevada gathered in Carson City for a peaceful protest.

While Proud Boys engaged in physical violence against counter-protesters in Sacramento, the Carson City event didn’t appear to be met with any opposition.

Rallygoers echoed the president’s baseless claims about the election, while venting about Republican officials who were expected to uphold the process of certifying the electoral college results in Congress before being forced out of chambers by insurrectionists. 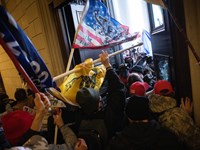 Congress Reconvenes After Pro-Trump Mob Brings Chaos To The Capitol

Monica Jaye is a local right-wing radio host who spoke to the crowd.

“Vice President Pence is a traitor to this country,” she said. Trump had called on Pence to throw out Electoral College votes for President-elect Joe Biden in a last-ditch effort to cling to power. As vice president, Pence doesn’t have the authority to do so.

Jaye is a QAnon supporter who’s planning to run against Republican Congressman Mark Amodei in the 2022 primary election.

When asked by CapRadio if she believed the weekly pro-Trump protests that have taken place in Carson City were similar to the early days of the Tea Party movement, she agreed.

Jaye encouraged fellow Trump supporters to run for office, too, in order to challenge institutional Republicans who she believes have compromised their conservative values.

Jim Groth of Carson City helped organize the event. He’s been involved in the weekly pro-Trump protests since the week after the presidential election, which he believes was rigged despite evidence to the contrary. He didn’t provide any evidence for that claim, which has been rejected by election officials in Nevada, former Attorney General William Barr and the U.S. Supreme Court. 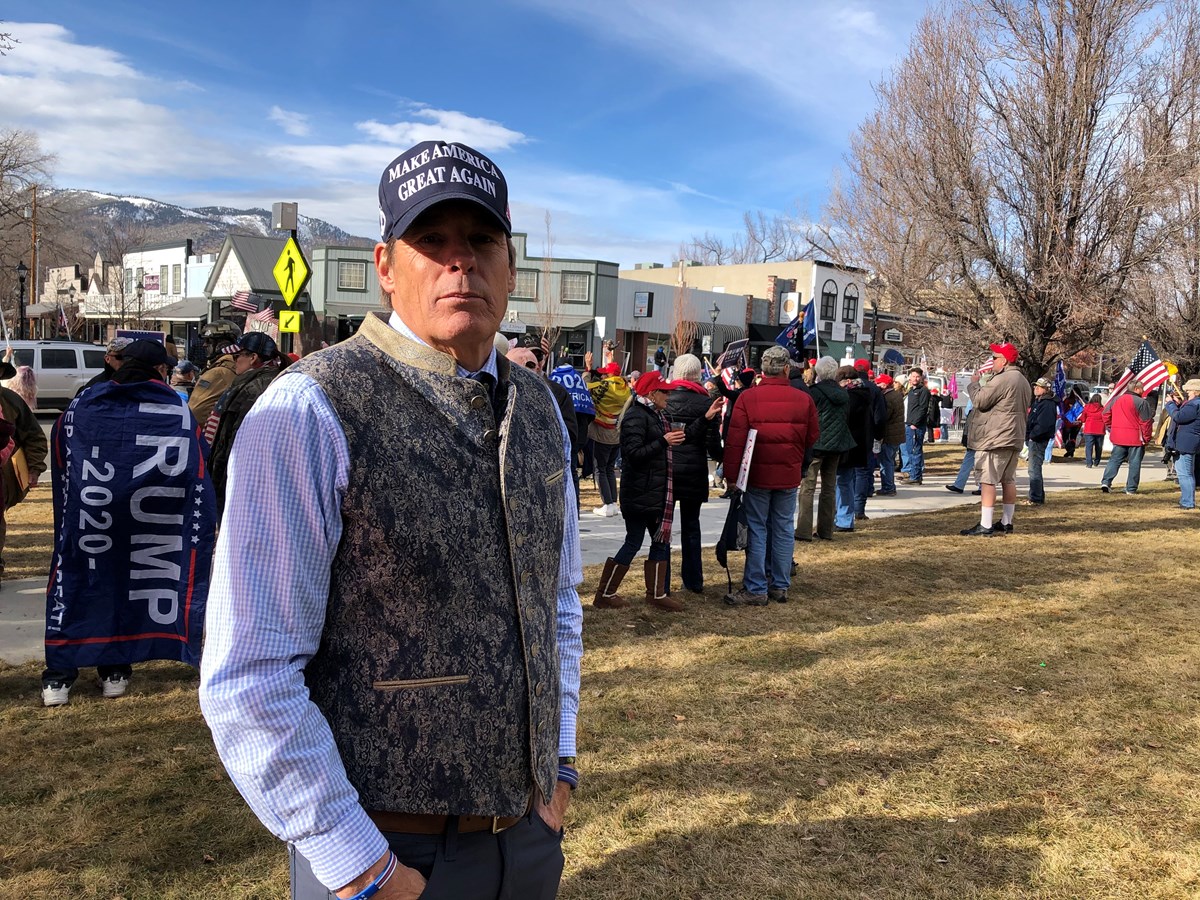 Jim Groth is an organizer of weekly pro-Trump protests in Carson City. He incorrectly believes the election was stolen and that it will take a second civil war to restore American government.Bert Johnson / CapRadio

While some Republican lawmakers have tried to delay the certification of the Electoral College results by objecting to tallies on a state-by-state basis, Groth dismissed those efforts.

Instead, he compared U.S. voters to frogs being slowly boiled alive. In his analogy, the rising water temperature stands for a perceived erosion of American values.

“We’re at 209 degrees. We’ve stayed in the pot and done nothing about this,” he said. “It’s going to take another American Revolution to do it.”

But Groth doesn’t believe that revolution will happen anytime soon, because he says most people are too complacent to engage in a civil war.

“There’s not enough Americans of either party, or any faction, that is caring enough about America to save it,” he said.

Daye, an 18-year-old Reno resident who declined to give his last name, also expressed his frustration over the election results. Like Jaye and Groth, he believes the false narrative that vote tallies were misreported. 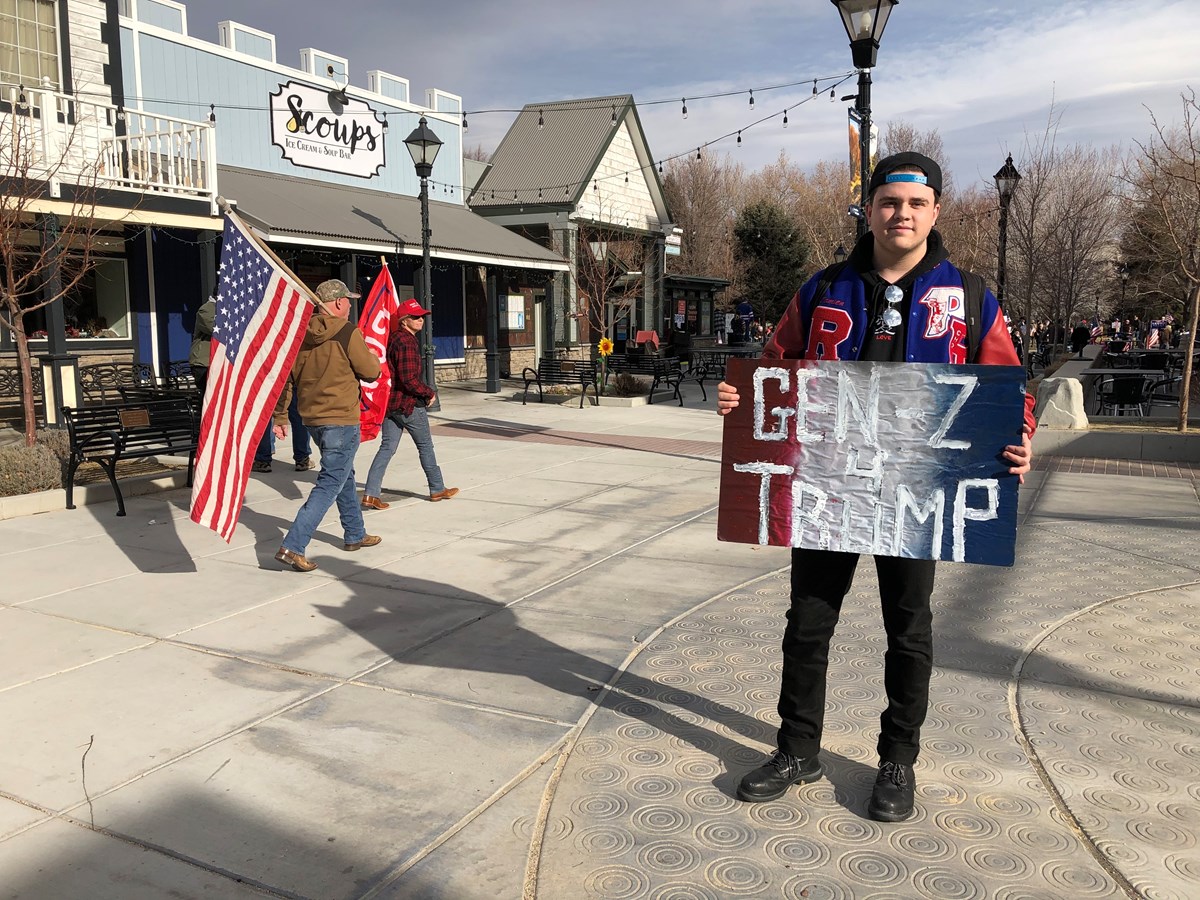 Daye, who declined to give his last name, says he wants to see new leaders elected to replace sitting politicians.Bert Johnson/CapRadio News

But Daye also wants to see younger people get elected to replace sitting officials, especially those with long political careers.

“I would definitely like more new people coming into office,” he said. “A lot of the people that have been there have been there for plenty of time, like Joe Biden himself.”

And according to Daye, he’s not alone. He says many of his friends want to see a younger group of lawmakers take power.

“No matter if they support Biden, Bernie, Trump,” he said. “Everyone wants to see new blood.”