Ear To Ear: Classical Artists Who Got Us Through 2020 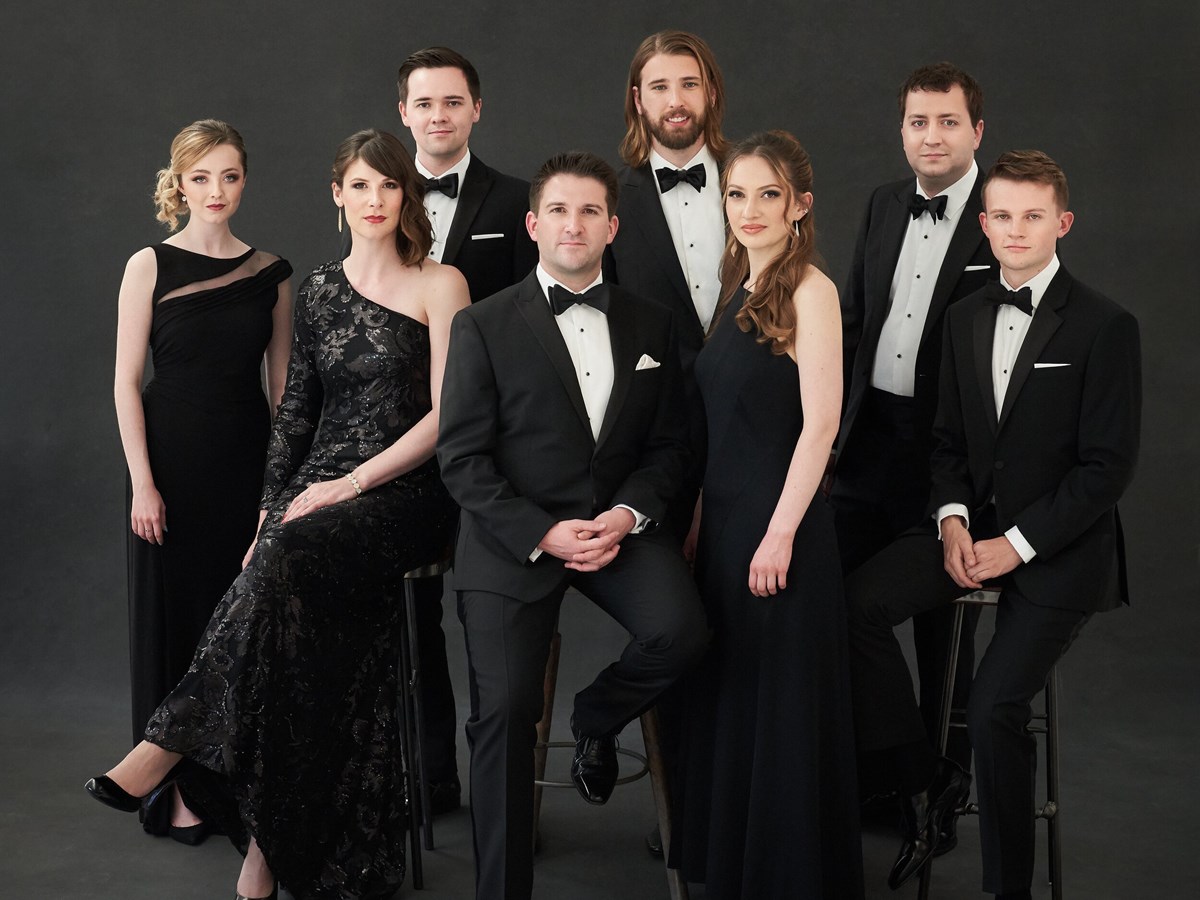 2020 began with orchestral and vocal concerts, recitals and ballet. Then came March and the world stopped — but the music didn't. Ensembles and individuals innovated new ways to deliver performances to a frightened, frustrated and locked-down public. In-person live performances were replaced with livestreams from a distance.

Listed here are just some of the musicians, ensembles and companies that came to our emotional rescue with music online, including sample tracks and links to their social media and websites to explore their free musical offerings to keep you distracted, inspired and uplifted. Because though an end to this seems to be on the horizon, we've still got a way to go.

British vocal ensemble VOCES8 performs an extensive repertory both in its a cappella concerts and in collaborations with leading orchestras and soloists. During 2020, they continued to meet and record beautiful performances that they posted for free on Facebook and YouTube. Their Live From London Summer 2020 festival was viewed in over 60 countries, and they ended the year with their paid Live From London Christmas festival supporting the VOCES8 Foundation, their global music education charity.

Minneapolis-based male vocal ensemble Cantus performs music from the Renaissance to the 21st Century. Just as the world was beginning to close down, Cantus recorded video performances of 19 tracks, dubbed "The COVID-19 Sessions." These videos were first released on YouTube and Facebook in spring and racked up millions of views from locked-down music lovers. This track, “Ave Maria,” is from those sessions.

In March, a day after canceling live performances due to the coronavirus, the Metropolitan Opera announced that it would stream encore presentations of a different opera daily for the duration of the pandemic closure.

Additionally, at the end of April when we were all trying to live within a "new normal" a month into lockdown, the Met Opera organized an At-Home Gala featuring more than 40 world renowned artists performing live from their homes around the world. The entire concert is no longer available online, but this YouTube playlist includes a few performances.

Here’s where you can find the Metropolitan Opera on Twitter and Spotify. You can also find information on their free daily stream here.

Since the end of March, violinist Daniel Hope has produced nearly 120 online episodes of "Hope@Home,'' inviting renowned musicians in-person and viewers virtually into his home in Berlin for spontaneous mini-concerts. Beautifully filmed, he posted them on YouTube and the European arts website ARTE.tv, where they amassed over 10 million views. Unfortunately, the concerts were only available online for a limited time. But luckily, record label Deutsche Grammophon released an album of selected tracks from these performances.

In the second season of Hope@Home videos, now online, Hope’s musical guests are part of the next generation of talented young artists. Watch them soon, as they’ll only be online for a short time, with the latest episode expiring March 20, 2021.

The British Kanneh-Mason siblings are seven brothers and sisters ranging in age from 11 to 24 years old, all of whom play either violin, piano or cello to a masterful degree. The third eldest sibling, cellist Sheku Kanneh-Mason, came to the world's attention in May 2018 when he performed during the Royal Wedding of Prince Harry and Meghan Markle.

Through the spring and summer of 2020, the Kanneh-Mason siblings have broadcast lockdown livestreams from their home in England. They’ve mostly performed music together, but they’ve also charmed the world with daily life such as playing ping pong in the backyard. Some of their videos amassed over a million views from fans around the world.

In November 2020, they released a new album, "Carnival," on which all siblings perform. With Camille Saint-Saens' "Carnival of the Animals" as the album's centerpiece, they also enlisted a few additional musicians and English actress Olivia Colman to narrate each movement's introductory words.

Recognized as a cultural visionary on the national arts scene, Sacramento’s Lara Downes is among the foremost American pianists of her generation. A trailblazer both on and off the stage, Downes’ musical roadmap seeks inspiration from the legacies of history, family and collective memory.

Soon after the lockdown began, Downes undertook a number of virtual performances. She performed online for Sacramento’s B Street Theatre, at the virtual Sacramento State Festival of New American Music, at fundraising concerts for at least three non-profit organizations and even at home with her living room window open to perform for neighbors. In lieu of a live tour, Downes hosted a livestream performance on Facebook April 3 from her home in Sacramento, co-produced by CapRadio, to promote her uplifting new album "Some of These Days," a collection of freedom songs and spirituals.

She also collaborated with NPR on two projects. In May she performed a NPR Tiny Desk Concert from home and played three selections from "Some of These Days." In October, she began a series of intimate and deeply personal video conversations with visionary Black musicians who are shaping the present and future of the art form, broadcast as Amplify with Lara Downes.

In a Facebook post December 28th, Lara reflected on her role in music throughout 2020:  "...In all the chaos and confusion, one thing was stunningly clear: how much music really matters. I’ve never been prouder to be a musician. In our own way, we were first responders. Shut down and shut in, we reached out —- found a way to play and sing: songs of comfort, music of healing."