As of this week, all public schools districts in California must allow students to use facilities and play on sports teams based on the gender with which they identity, not their biological sex.

The law has generated controversy and faces a possible referendum. But a similar policy has been in place in the Los Angeles Unified School District since 2005.

It’s barely 8 a.m. but Smith’s day is already hectic -- a rare southern California rain has left traffic snarled in the parking lot, the winter storm is interfering with a planned field trip and a student who got hurt on the way to school has administrators scrambling.

So perhaps it’s not surprising when, asked about the district’s transgender policy, Smith says it’s really not on her radar.

“I would say this is a non-issue at my school," says Smith. 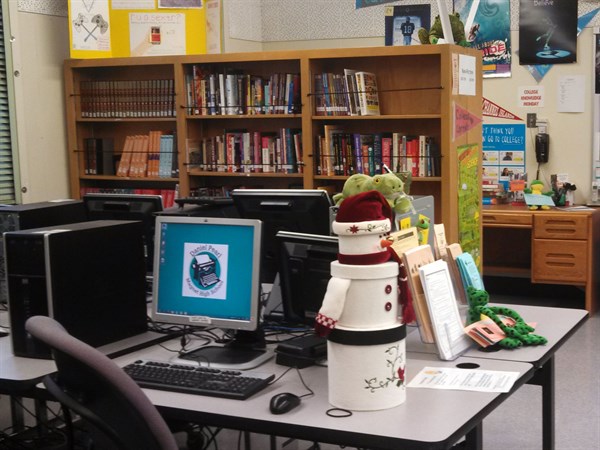 Smith says she was surprised when she first heard of the policy because she says treating kids with respect should just be a given. LAUSD’s extensive policy includes sections on restroom and locker room access, the proper use of pronouns and names and how the dress code should be applied.

In short students should be treated as the gender they identify as, regardless of their biological sex. But for all the pages of guidelines, Smith says the issue doesn’t really come up.

“You know, in my experience, both at this school and at my previous school where I was a principle, to be honest, no parent has brought it up to me or expressed any concern at all about how this is gonna happen," says Smith.

That’s not to say Smith hasn’t dealt with transgender students. But she says, often times, teachers and kids don’t even realize a child is transgender because he or she just fits seamlessly into the school. 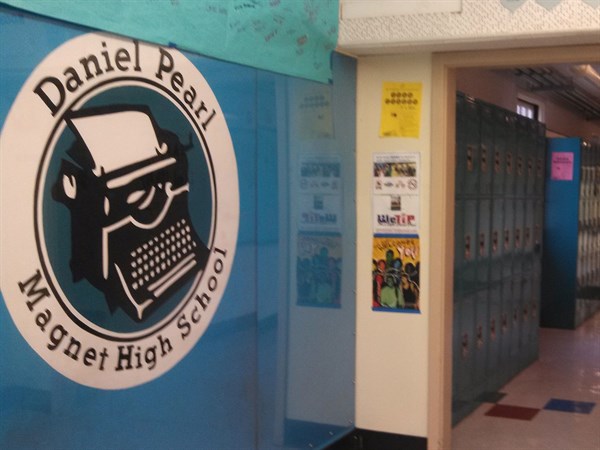 As the morning continues, the halls of Daniel Pearl become jammed with students rushing between classes and talking with friends. Several students take a few minutes to share their thoughts on the district’s transgender policy.

“I think this is ridiculous that we even have to have this conversation," says Jasper Harris, a senior. He says there are a lot of other things society should be talking about.

“As we progress into the future we’ll see people care less and less about these mundane issues like someone using a bathroom," he says.

But Senior Timothy Smirnovsees value in the conversation.

“Once you start a discussion around the LGBT community, especially the transgender community, it becomes less of a stigma to come to school and be open about it and have the entire student population accept you," says Smirnovsees."

Despite their insistence that transgender students aren’t a big deal, the students admit bullying does still occur. District officials acknowledge transgender kids are more vulnerable to bullying and the district’s policy addresses it at length.

Junior Natalie Moore says her dad was a bit nervous when she mentioned the policy to him.

Parental involvement may be more of an issue with younger students. In the posh, LA neighborhood of Laurel Canyon, Wonderland Avenue Elementary sits tucked away on a winding road. The school is having its annual holiday recital and students bounce around and play with their recorders as they wait to file into the auditorium.

Principal Don Wilson sits in his office before the show begins. He says Wonderland has developed a reputation as a safe place for transgendered kids and has had several over the years. But even so, Wilson says he occasionally hears from parents who are concerned about how their non-transgender students will be affected.

“I’m very supportive, but at the same time I’m very firm about my stance here at the school, which is, this is a public school and we take children where they come in," says Wilson.

And now a new state law says all of California’s public school districts must create an inclusive transgender policy.