White residents in the Sacramento region are more likely to report lower levels of stress and depression during the coronavirus pandemic, in addition to higher levels of employment and financial stability than any other racial or ethnic group.

Experts say this racial division is a result of both more white people being employed at higher-paying and more stable jobs, and also a certain amount of white privilege as a result of lived experience.

The findings, part of a survey conducted by CapRadio and nonprofit Valley Vision, indicate nearly a third of white respondents reported never being concerned about their physical safety, or that of other family members, during Gov. Gavin Newsom’s stay-at-home order, which began in March.

That data point is nearly double that of the next closest racial group, Asian-Americans, at 18% — and was three times more than Black respondents, where just 7% reported never being concerned about their physical well-being.

White people were also most likely to say they were not worried about personally contracting COVID-19, and also not at all concerned about their job security.

Cristina Mora, a sociologist and professor at the Institute of Governmental Studies at UC Berkeley, has run her own study of 8,000 Californians across the state. She says results showing what she called “white advantage” were unsurprising.

“Race is just a really important lens by which people are understanding COVID,” Mora said. “Race affects how much exposed you are, it affects what kind of ways you even grapple with and deal with stress.”

In her research, Mora was able to break down other categories, like politics and religion, which also had an impact on the way people experience the pandemic. But she found that even when taking into account these factors, race was still the biggest determinant.

“Even the born-again [Christian], pro-Trump Blacks and Latinos in our sample still displayed more concern about COVID than did our most liberal whites in some dimensions,” Mora said. “Race is really important and it speaks to the multi-dimensionality of what race is.”

The CapRadio and Valley Vision poll showed that 39% of white respondents reported never feeling depressed or hopeless during the pandemic —  three times more likely than Black respondents to not experience these feelings.

For residents like Dante Butler, an African-American man who works as a security guard, much of his job these days is spent asking people — mostly white, he says — to take safety precautions like wearing a mask before entering the building where he works.

He said he thinks white people are finding it particularly difficult to deal with the pandemic’s restrictions.

“In the past, they’ve been able to push back and it would go away, and they were able to just steamroll whatever the issue was,” Butler said. “With something like this, they can’t, and they don’t know how to handle it.”

He believes  staying home or wearing a mask might be an easier ask of people who have dealt with racism, just because these people may be more used to having restrictions placed on their behavior.

“It is very possible to live a life that is centered in your own whiteness, where you largely see other people occupying positions of power who look like you and where your cultural norms and values are reflected at every level of leadership,” Cofer said. “And so it doesn’t naturally give you a sense to consider the needs or wants of other people.”

Kiran Savage-Sangwan, director of health advocacy group the California Pan-Ethnic Health Network (CPEHN), said her organization noticed that many of the people attending the Stay-At-Home protests at the state Capitol were white.

“They’re primarily being held by people who are potentially least impacted by the pandemic,” Savage-Sangwan said. “What we saw was primarily white people protesting stay-at-home orders and we’re seeing a loosening of restrictions once we saw who was being most impacted, and I think that is a real cause for concern for us.”

Earlier this week, over 150 organizations across the state, including CPEHN and Public Health Advocates in Sacramento, wrote a letter to Gov. Gavin Newsom asking that he declare racism a public health crisis in the state and allocate resources to combat the effects that institutionalized racism have had on health outcomes for people of color. 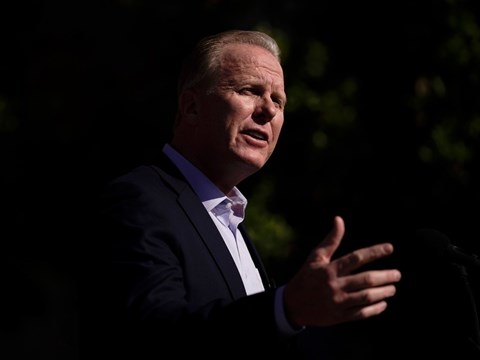