Today, Insight is airing conversations with three candidates for Sacramento’s District 8 City Council seat. District 8 is made up of the South Sacramento communities of Meadowview, Parkway, North Laguna Creek and Jacinto Creek. These candidates are running to replace retiring Council Member Larry Carr, who has represented the district since 2014.

Daphne Harris is one of the candidates running for the seat. Here are some highlights from her conversation with Beth Ruyak.

Here’s where you can find Les Simmons and Mai Vang’s interviews.

How do you describe District 8 to someone who might only know Sacramento?

District 8 is a community. Basically a lot of families that are tight knit. Basically, we believe in family, we believe in ball diamonds, we believe in having activities out in the park. A lot of folks are not using those spaces now because of the way the environments are changing. And my goal is to bring things back to the area where we used to have community going into a park, people knowing who their neighbors are.

Back in the '70s, we knew everybody on the block. Back in the' 70s, we played in the street, you knew every kid that was on the block. Those circumstances don't exist now for our kids, it's a little bit more dangerous for them to do that. And I think bringing things into the neighborhood that would cause that to be even more so, putting their childhood back into the home as opposed to being out on the street and down on the block.

When we talked to voters in the district, most of the comments were about homelessness. What do you think you can do as a city council member?

Some of my key ideas have been repositioning the homeless shelter in another location. The Sacramento Regional County District, there's a sanitation district lot that's available where you can actually build tiny homes. Those tiny homes can actually be fueled with renewable energy. So there's not a necessity to do piping or infrastructure. You can actually do this in a camping type environment where it would be a cabin where the electricity and things would be generated through renewables through solar and things of that nature. It can actually become a prototype for companies like PG&E and SMUD to do some of their renewable energy, you know, evaluations and trainings and how to do that in larger communities and larger homes.

The lot at 2812 Meadowview Road that is where they want to put the homeless center which is right across the street from Genesis and it's right next door to the Pannell Center. To me that location should be actually designated as a land grant, a 32-acre land grant, to a nonprofit organization by the name of Climb. That organization has the ability to build out a sports and educational complex.

How much has Meadowview moved following the Stephon Clark shooting, and in what ways?

I think the police department is more open and understanding that there was a major issue and a major breakdown in that situation. A mother should never have to bury their child in their own backyard. Again, not being able to go out, public safety is an important thing.

I believe the uproar that happened in the City Council meeting was something that woke up some of the city council members to let them know that you can't continue to ignore a situation because it will be a powder keg and eventually blow up. You can't have insensitive police officers. You can't have people who are unfamiliar with a neighborhood which they patrol.

How do you view the relationship between law enforcement and diverse communities?

I think the City Council member does have an influence in that, and the example that I just explained with that complex having police officers and communities come together in a different way in a different environment is a way of doing that. I know Police Chief Daniel Hahn is doing a lot of outreach and he's trying to diversify the police department. Having individuals in the neighborhoods actually coming in and applying to become police officers to patrol their areas. Community policing is something that we're going back to, having officers live within the communities in which they police.

Some voters don’t trust government and city leadership. Their comments include:

How do you engage these people?

To me, every vote is important. Every voice matters. When you do not participate in the process, you are not represented in the process.

I've had young people that have actually said, My vote doesn't matter. And I basically tell them, I thought the same thing. By me jumping into this particular arena, as I said, throwing my hat in the arena, the conversation has changed, the conversation has shifted to priorities that I think would not have been on the table had I not been one of the people in the race. We're not able to go to business as usual because that voice is there.

You have to step out on faith and you have to start somewhere. And if you, your community, your individuals within your neighborhood, if you learn basic things: the census, the election, maps and representation. Those four things are the most powerful things that anybody in the republic has. That's what our country is based on. And when you do not participate in those four avenues, you basically leave a void and that's why every voice does matter. Every voice does count.

If you don’t win, what value will this campaign have had for you?

I'm not stopping regardless of what happens. Overall, I am back in the political arena. It's kind of like being a bear that has been hibernating, and I haven't been involved in the last 10 years in the political aspect. I'm seeing that I am making a difference and I will be present.

Mainly, I have always done things behind the scenes. I've always been the person that has brought together maybe 100 kids to do a free basketball camp or I've been the person who's taken 100 kids who were Title One children. During the census in 2010, we were actually able to attend a basketball game, kids who probably would have never had that experience. That's how I've always been in the background kind of doing things people don't really know or didn't really know that I have done as many things as I've done. When I participated in the census in 2010, that's what made me become a real estate agent. That's what made me become a broker. That's what made me see how things changed my understanding. Boundaries, maps and counting. So that's the reason I'm getting back involved.

What else is a key issue for you in the District, something you would work towards or push for as a city councilmember? 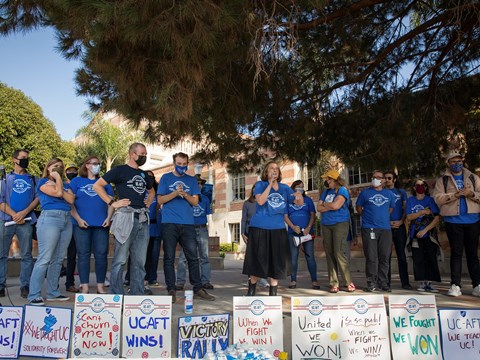