By Rachel Bluth and Samantha Young

Hundreds of thousands of new enrollees signed up for 2020 coverage through Covered California, driven by new carrot-and-stick state policies that provide financial aid to help some people afford their premiums while penalizing those who don’t have coverage, state health officials announced Tuesday.

Covered California Executive Director Peter Lee said the health insurance exchange is giving consumers who remain uninsured another chance to enroll: Effective immediately, those who were not aware of the new penalty or financial aid can sign up for coverage during a special enrollment period that will last through April.

Covered California is the state’s Affordable Care Act health insurance marketplace, where eligible individuals, families and small businesses can purchase plans and may qualify for federal tax credits and/or the new state-based subsidies based on their incomes.

“This has proven the case that the Affordable Care Act, as designed and not kneecapped, works and works well,” Lee said.

About 418,000 Californians newly enrolled in individual or family plans through Covered California by the Jan. 31 enrollment deadline, 41% more than last year and the highest new enrollment since 2016, according to preliminary data from the exchange.

While California officials invest in the exchange and expand opportunities for state residents to enroll in coverage, the Trump administration has taken the opposite approach with the federally run exchange, healthcare.gov: it has cut funding for marketing and outreach, eliminated the federal penalty for not having insurance and shortened the open enrollment window.

This year, about 8.3 million people enrolled in new plans or renewed their coverage via the federal exchange, down slightly from 8.4 million in 2019.

California is one of six states and the District of Columbia that require most of their residents to purchase health insurance or face a penalty. Congress eliminated the Affordable Care Act’s federal tax penalty, effective last year.

California’s penalty mirrors the federal one that was nullified. In many cases, it will amount to $695 for a single adult and about $2,000 for a family of four. But for a lot of people, the financial hit could be substantially larger.

The state projects the penalty could raise $317 million in the first year, which is intended to partially fund the subsidies. Lee said he would forgo the extra revenue if it meant people were getting covered.

“The penalty is on the books but nobody wants the money,” he said. “We want it to be an economic nudge to get people to get covered.”

People who were motivated by the penalty to shop for insurance might have found their out-of-pocket premium costs lower than last year.

Some of the new state financial aid is available to low-income customers, but California became the first state to offer subsidies to middle-income people: Those whose incomes are between 400% and 600% of the federal poverty level, or about $51,000 to $76,000 a year for an individual and $104,800 to $157,200 for a family of four. Those thresholds are too high to qualify for federal aid but low enough to make health insurance a financial burden.

The average state assistance for this group is about $500 a month, Lee said.

About 625,000 people qualified for the new state subsidies, including 32,000 middle-income enrollees, Lee said.

The subsidies vary by income, household size, location and age. Some went to low-income residents who also qualify for federal tax credits.

Evette Tsang, an insurance broker in Sacramento who serves mostly Chinese-speaking immigrants, said her clients used their state subsidies this year to purchase more comprehensive silver-tier plans with higher premiums rather than the cheaper bronze plans with lower benefits.

“After these few years, they start to see the importance of health insurance,” Tsang said. “Before, they only wanted bronze, but now they’re going to silver.”

Deborah Kelch, executive director of the Insure the Uninsured Project, said a lot of the success of this year’s enrollment numbers was the product of an aggressive marketing campaign urging Californians who hadn’t been able to afford insurance in the past to take a second look.

“At this stage, Covered California has a really good formula they’re using,” Kelch said. “There are TV ads, they have their bus tour, they work with community organizations.”

Covered California budgeted $47 million for advertising this year, including $6 million for the special enrollment period, Lee said. By comparison, the federal government budgeted $10 million on advertising for healthcare.gov, which serves 38 states.

Despite the advertising dollars, Lee said, there still isn’t enough awareness about the penalty and subsidies, which explains the special enrollment period through April 30.

Insurance broker Tsang said that while she wants everyone to get covered, she isn’t looking forward to the new enrollment period and the extra work it will bring. Nearly all her clients knew about the penalty, she said, and it was the No. 1 reason they signed up.

California already has a longer enrollment window than the federal government’s healthcare.gov exchange, which lasts only six weeks.

Combined with other factors, the extended period encourages higher enrollment and a better mix of healthy and sick people in the insurance pool, said Laurel Lucia, director of the Health Care Program at the Center for Labor Research and Education at the University of California-Berkeley.

“With the state mandate and the new state subsidies, we project the uninsured rate will remain flat over the next few years,” Lucia said.

That’s the important comparison, according to Lee. While new enrollment in the federal exchange has dropped by 48% since 2016, new enrollment in Covered California has been relatively stable since then, dropping by 2%. 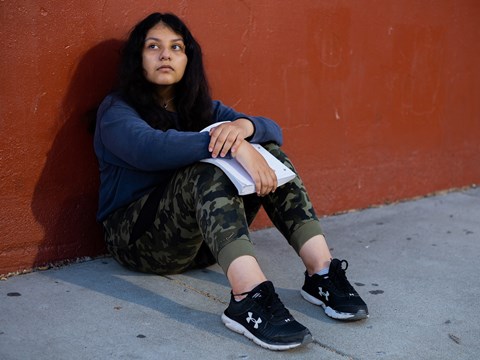 Rep. Devin Nunes is resigning from Congress to be CEO of Trump's new media company