Author Tommy Orange writes about a group of people from Oakland, Calif. sorting through their indigenous heritage in “There There.”

Tommy Orange earned accolades and awards for his compelling writing and for the story he tells in “There There.” The book about 12 people from Oakland, CA, as they sort through their indigenous heritage is so good that publishers fought over the right to print it. Yet Tommy Orange is modest about his success. He sat down with interviewer Beth Ruyak to discuss the book and its impact.

On why this book captivated readers around the world

I hate that the first place my mind goes around this question is Trump. But it's totally related because he's made people make the decision about what do they value and who and where. Who do they side with and what do they want to do about it?

The book sold right after Standing Rock, [which] was a big thing. Native people aren't in national attention very often, but when we have been in a major way, it's always been followed by a boom in interest. Ever since the first Native American literary renaissance in which we took over Alcatraz and Marlon Brando had Sacheen Little Feather not accept the Academy Award. And that was the first boom. And then there was a lot of attention and not that much. And then in the ‘90s, “Dances With Wolves” won a lot of awards and met the same effect. And so Standing Rock and Trump, these are factors that I can't help but think of.

Of course, I'm not just going to be like, ‘the merit of my work.’ That's just not the case. A lot of amazing books come out every year. A lot are missed. A lot are found later. So I think our times, the political times and having people want to listen more to marginal voices.

On dealing with people's sadness or guilt after reading the book

The book is sad, and I included sadness purposefully because sometimes sadness is too sad to talk about or there's no way to talk about it without people, sort of, getting annoyed at you. Or it's just something that can't hold a solid place in our emotional conversations without being felt dismissed or, like, ‘what's wrong with you?’ Like, we all want to be happy, successful, busy people, and that's the highest goal in American society. And there's no time to be a little bit sad.

So the book is sad. But the people that I get upset about calling the book sad is because this is the only thing they have to say about it, which feels totally dismissive of the other stuff in the book.

But this this type of sentiment only comes from non-native people and native people tend to be exuberant about the book and to feel like what they're reading in it, they know the sadness and that's not what you come away with. And so it's much more of a reflection of the person making that comment than it is about the book or about the world. And the context of which certain people's lives can seem sad if yours is really great. And, you know, you've had a privileged one that has not had pain. People can have happy lives who have a lot of pain. And a story you read about somebody with a lot of pain, they'll never call their story sad because it's not. They've found ways to find joy within that pain. So you calling it sad is sort of breaking down all of the structures they've built to make life worth living and joyous even amidst sadness. You saying it's sad is breaking down all of the resilient structures they've built to make life continue to be worth living, even though there's a lot up against them.

On what the book is for Native Americans

So, my book’s gotten a lot of attention and that means there can be a shift in the way people think about native people. It can stop being so static and so historical and so monolithic and can have a range because the book has a range of proximity is to native identity and it's definitively contemporary. And that's just not something we've been allowed in the popular consensus and the way people think of native people. And we're not so worried about what people think of native people, except that we've been defined by the outside world so much. And this affects policies and this affects the way we live our lives. So we have to be at least paying attention to the what the world thinks of us. We have to. 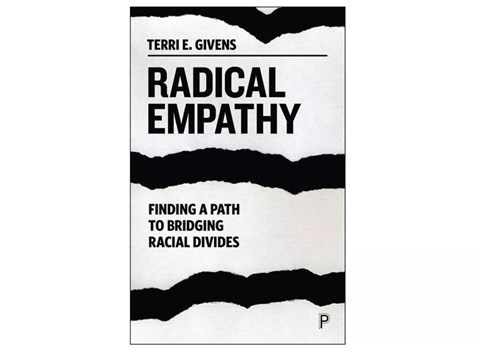