Hemp Ban In Sacramento Could Expand To Full Year

The city of Sacramento wants to extend its ban on hemp cultivation and manufacturing from 45 days to a full year.

The hemp plant, sibling to marijuana, is legal under state law as of October 12, when Senate Bill 153 was signed by Gov. Gavin Newsom. But the city says it is unwilling to establish its own regulations for hemp until new rules are developed at the state and federal level.

"They don't really exist at this moment and the city is really leery of moving into regulating yet another industry,” said Assistant City Manager Leyne Milstein.

Milstein added that the city doesn’t want to create new rules only to be forced to change them when the state and feds come up with theirs.

“We'd like them to take the lead and then we can craft our own regulations,” Milstein said.

California’s legalization of hemp production followed a change to federal law in 2018, which says the plant is legal to grow and use to manufacture products as long as the compound that gets you high, tetrahydrocannabinol or THC, is less than .3 percent.

Hemp is used to make clothing, rope and cannabidiol, or CBD oil, which proponents say has medicinal uses. The city of Sacramento says it has received calls from people interested in producing the oil by using hemp instead of marijuana which is still illegal federally.

And Milstein says the city is receiving reports of people manufacturing products from hemp and selling them.

But she added that the city doesn't have the tools to measure THC.

The city council issued a 45-day moratorium on hemp in November. This ban, which Council will vote on December 10, would last through October 2020.

Hemp manufacturers and the California Cannabis Industry Association did not immediately return calls to discuss the city’s proposed ban.

Milstein said the industry had expressed a desire to work with the city to craft new regulations when the time comes. 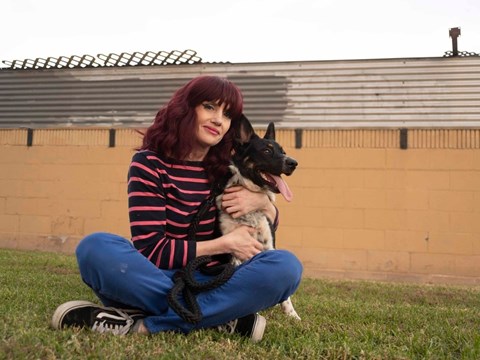