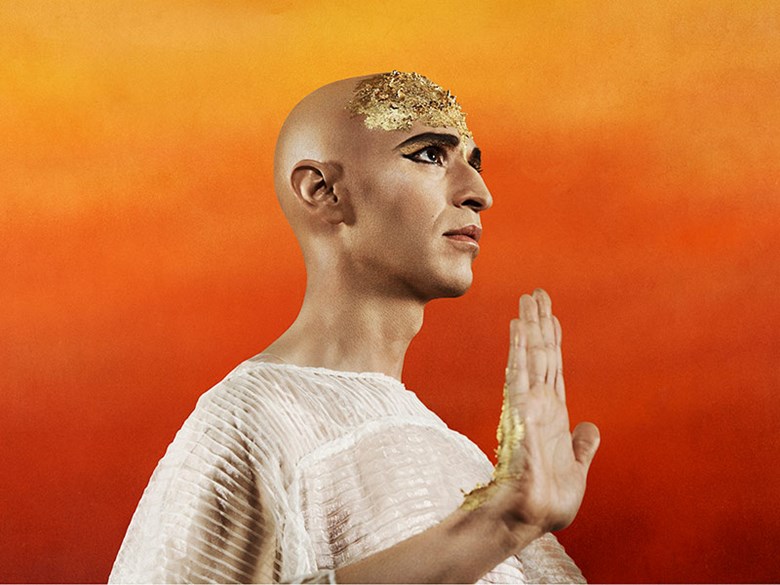 A Philip Glass masterpiece. Countertenor Anthony Roth Costanzo is the title pharaoh, the revolutionary ruler who transformed ancient Egypt, with the striking mezzo-soprano J’Nai Bridges in her Met debut as his wife, Nefertiti.

Akhnaten is set during the 17-year reign of Akhnaten, around 1350 B.C.E. The location moves between the ancient Egyptian capital of Thebes and Akhenaten’s new capital city at Akhetaten, as well as the ruins of the subsequently destroyed Akhetaten.

Click in the "LINKS" area for more information about Akhnaten including a link to a fascinating and enlightening interview with star Anthony Ross Costanzo on NPR's "Fresh Air."
﻿ Older