What Issues Matter This Election? We Spoke To California Democratic Party Delegates In Long Beach — And Residents Outside The State Convention Bubble.

Let CapRadio know what Election 2020 issues matter to you.

Democratic conventions in California bring out a certain crowd — the diehards, the activists, the politically engaged.

That was on full display at the Democratic Convention in Long Beach last weekend, where party presidential candidates — minus Joe Biden and Elizabeth Warren — stumped for support.

But instead of letting the candidates determine the issues that matter, CapRadio sought to learn what issues mattered most to voters — both inside and outside the convention.

Delegates attending the convention wanted to see sweeping change on some of the most pressing issues in California, including health care, affordable housing and economic inequality.

Outside the convention halls, Long Beach residents said they wanted to hear candidates do a better job explaining how their platforms will impact their everyday lives.

Kimberly Warmsley was among the first delegates in line to register at the convention center Friday afternoon. She’s a clinical therapist who’s also running for city council in Stockton and says health care reform is one of her top issues.

“We need to have premiums that are affordable and  begin a conversation about why communities in disinvested cities don’t have access to quality hospital care,” she said. 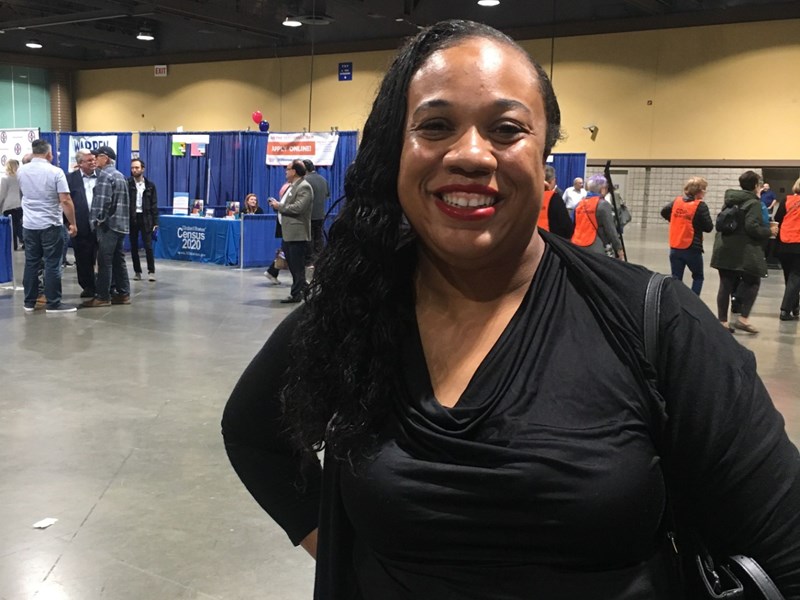 Kimberly Warmsley was among the first delegates in line to register at the California Democratic Party convention on Nov. 15.Scott Rodd / Capital Public Radio

Yvette Flores went a step further, saying she wants an overhaul of the nation’s health care system that offers Medicare for all.

“I personally believe that health care is a human right,” she said. “At the end of the day, I don’t think it’s ethical to refuse health care to someone because they can’t afford it.”

Doug Stewart of Mammoth Lakes, on the eastern side of the Sierra Nevadas, says candidates need to offer solutions for the affordable housing crisis roiling California communities.

“We have a lot young people sleeping in their cars, sleeping five or six people to a one-bedroom apartment,” he said. “Last year we have 51 feet of snow, and  it’s really surprising that we haven’t had anybody freeze to death in their car.”

Other delegates told CapRadio they wanted to hear bold ideas on the environment, criminal justice and college affordability.

By contrast, the “average Californian” — a concept, she acknowledges, that is a little squishy — is “far more focused on earning money, doing their best with their children [and] worrying about the economy.”

At the Long Beach Cafe, blocks away from the convention center, Vilomar Navarro offered this perspective over breakfast with his wife and young son. 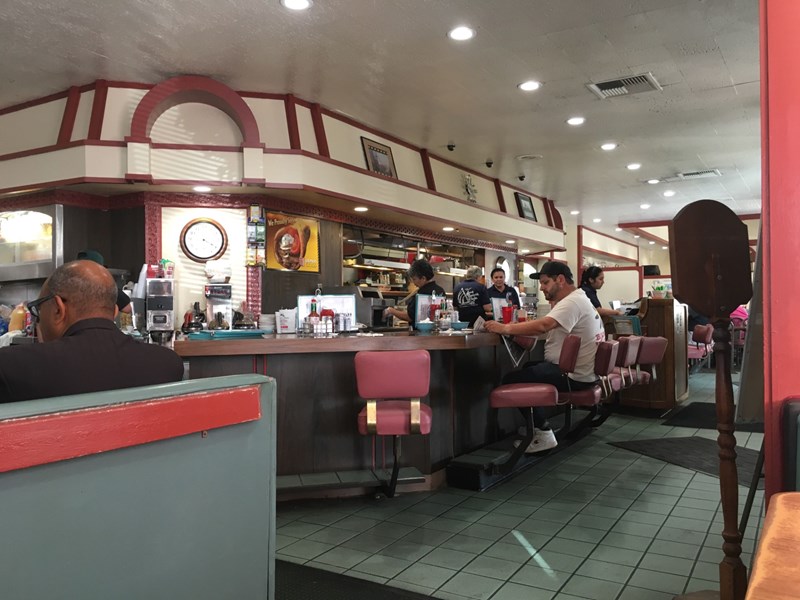 Attendees at the California Democratic Party convention in Long Beach in November 2019 discussed issues over food at the Long Beach Cafe down the street from the convention center.Scott Rodd / Capital Public Radio

Navarro is a permanent U.S. resident from Mexico, working toward full citizenship. That means he can’t vote, but he still pays attention to the national political debate — and how it affects his family.

But he often finds candidates fail to address his specific needs.

“I know they’re talking about the big picture, but I don’t think they’re taking into consideration what’s happening at the community level,” he said.

For 23-year-old Esbey, a college student working the morning shift at the diner, immigration reform is her biggest concern. CapRadio is not using her full name because she’s a DACA recipient whose parents brought her to the United States illegally as a child and fears deportation for her immigration status.

Democratic candidates often talk about immigration reform on the campaign trail, and it did get a lot of attention during a town hall event televised by Univision.

But she says those promises on the campaign trail don’t always pan out.

“Yet, there’s no action, she said. “We’re always there like, ‘What’s going to happen next?’ Because we don’t know.”

While Esbey also can’t vote, that doesn’t mean she isn’t politically active--especially when it comes to encouraging those around her to support candidates that back a path to citizenship.

“I tell my friends, I can’t do it but I feel like you should,” she said. “Because you do make a difference.”