Sutter Health will pay more than $30 million to the federal government and a whistleblower to settle a lawsuit alleging the health system paid physicians to refer patients to their hospitals.

The suit, filed by a whistleblower in 2014, was under seal until Thursday. The settled claims allege that between 2012 and 2014, Sutter issued nearly $2 million in illegal payments annually to the Sacramento Cardiovascular Surgeons Medical Group in exchange for physicians sending patients to Sutter for further procedures, rather than to other hospitals. The health system then allegedly filed reimbursement claims for those procedures to the Centers for Medicare and Medicaid Services.

Laurie Hanvey, the whistleblower who brought forward the suit once worked for Sutter Medical Center in Sacramento as a compliance officer.

Sutter has not admitted liability in the case.

These types of payments are also called “kickbacks,” and they often violate federal policies such as the False Claims Act, the Anti-Kickback Statute and the Stark Law, which have been collectively called the “three-headed monster of health care fraud prevention and enforcement.”

Sutter declined requests for an interview, but said in a statement that the settlement “was not based upon any alleged payment for referrals and there was no finding that Sutter violated the anti-kickback laws. Any assertion that the settlement was based upon a finding of payments for referrals is completely inaccurate and Sutter denies any such conduct. Sutter has in place a strong compliance program which had identified the issues raised by Ms. Hanvey.”

The alleged kickbacks to the cardiovascular group came in the form of free physician assistants, payments for “medical director” services and payments to assure the availability of surgeons on an emergency call basis, according to a release from Hanvey’s attorney, Michael A. Hirst.

“Patients need to believe that treatment they receive is appropriate,” Hirst said. “A patient should be confident that a referral is made for medical reasons, not because a doctor has received a perk from a hospital.”

The Sacramento Cardiovascular Medical Group also entered into a settlement for $506,000, without admitting the fraud allegations.

Sutter did not settle all of the suit’s allegations, and there are still pending kickback claims. Hanvey will receive $5,795,000 from the settlement of this portion of her claims, according to Hirst’s release.

In a separate suit settled Friday, Sutter agreed to pay $15 million to resolve allegations that it illegally overpaid physicians for certain services and leased office space at below-market rates in hopes of spurring more patient referrals. And the health system allegedly “double-billed the Medicare program by submitting claims that included radiological services for which Medicare separately paid another entity that had performed those services,” according to a release from the Department of Justice.

In April, Sutter paid the federal government $30 million to settle another suit claiming that the company filed inaccurate information about services provided to patients in Medicare Advantage Plans. Sutter did not admit liability in that case.

Last month, a nurse at Dignity Health-owned Mercy General Hospital in East Sacramento pleaded guilty for taking illegal kickbacks in exchange for making Medicare beneficiary referrals, according to the Sacramento Business Journal. Neither Dignity or Mercy General were named in the allegations. 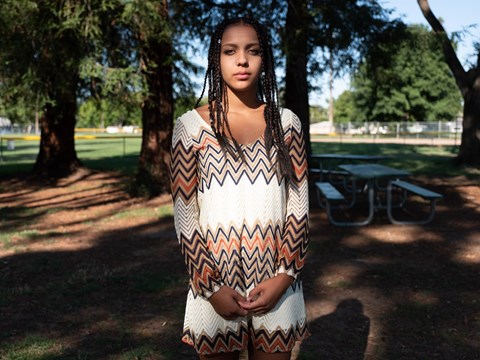