There used to be a Polynesian-themed restaurant and nightclub in South Sacramento called the Zombie Hut, part of the Tiki-culture craze that swept the country in the 1950s and ’60s.

For some Pacific Island immigrants, this place offered an opportunity to help make a new life in America.

Eighty-two-year-old Aiona Fakalata-Teu is a matriarch of the Tongan community in South Sacramento and the Meadowview neighborhood. She arrived in the United States 56 years ago.

The View From Here

“We appreciate America for making [a] place for us immigrants and understanding us immigrants,” said Fakalata-Teu.

She emigrated to Sacramento because her late brother, Albert Fakalata, settled here.

“He came here to a nightclub, the Zombie Hut, and started a show there, and that’s how we moved,” said Fakalata-Teu. “There were many other clubs all over — San Francisco and Oakland — but Zombie Hut seemed to have been just the opportunity.

“Sometimes we say, ‘The spirits guide.’”

“Albert Fakalata did the fire knife dance,” recalled Harriette Turia-Davis, who began working at the Zombie Hut in 1963 when she was 16 years old. The fire knife dance is rooted in Samoan culture: Performers dance while twirling a large knife with wicks on both ends that are set ablaze.

“He was a big part of the show because everybody loved the fire knife dance,” Turia-Davis said.

She was one of the nightclub’s top hula dancers and is from the South Pacific, too: born on the small island of Bora Bora in the 1940s to a Tahitian mother and American father.

“My dad was stationed on Bora Bora during World War II and he brought me over when I was two years old,” Turia-Davis said. She grew up in the Sierra County town of Alleghany where her dad was a gold miner.

“All the time that we grew up in the Sierra Nevada mountains, my dad was the one that kept us connected to the Polynesian culture,” she said. “Whenever we came to Sacramento, we always came to the Zombie Hut to see the shows. And so I took Hawaiian dance lessons. Then when we moved down to Sacramento, so I could enter college, I started working at the Zombie Hut.”

Turia-Davis worked at the Zombie Hut while attending Sacramento State. “It helped pay for my education,” she said.

The Zombie Hut was at 5635 Freeport Boulevard, near Fruitridge Road. You could order entrees like Mahi Mahi Fillet Broiled, Deep Fried Tender Prawns in Egg Batter and Tahitian Style Chicken. The place was decked out in bamboo décor. There were tiki idols and a thatched roof hut with a Tropical storm area.

Another dancer, Evelyn Tagupa-Meredith, came to Sacramento from Hawaii. She says the Zombie Hut was also known for big tropical drinks with little umbrellas.

“We all got this drink called the Love Boat,” said Tagupa-Meredith. “It’s a huge drink and it’s got like maybe 15 ingredients in there. And I swear, by the end of our show, I was crawling on the stage because that drink was so potent, but it was delicious, it gets you.” 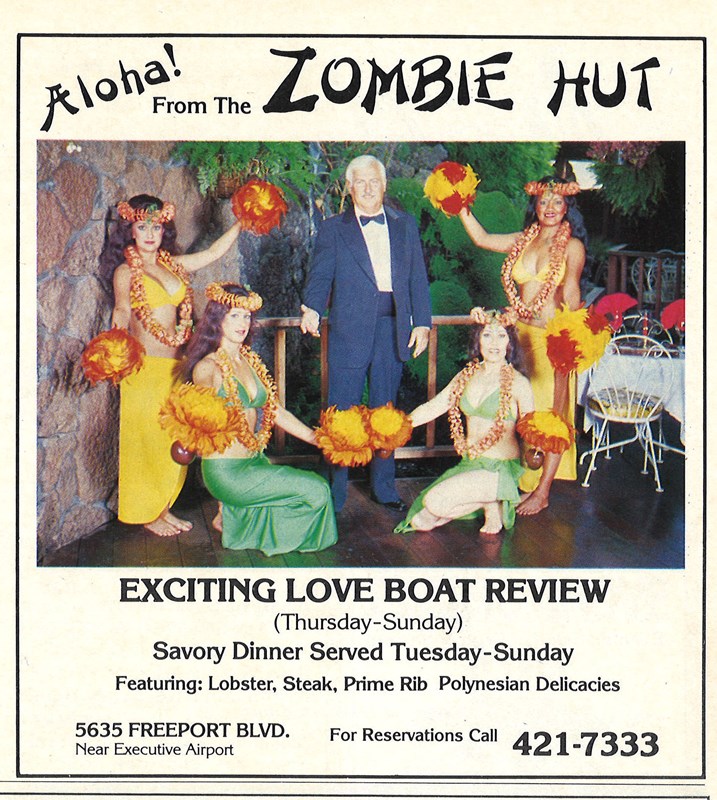 Gaylene Gordon also came to Sacramento from Hawaii where she had danced professionally.

“When I came to school here in Sacramento, that’s when I had seen the Zombie Hut,” said Gordon. “I was like, ‘Oh great, there’s my job.’ And look, we met each other over 30-something years ago and we’re still like friends.”

They still meet up for lunch a few times a year.

The Zombie Hut wasn’t the only Polynesian-themed restaurant in town. There was also the Coral Reef on Fulton Avenue.

“But it’s there,” said Datel. “It gives them sort of a competitive advantage because nobody else has that cultural background and has that expertise in their own traditional singing, dancing.”

There are exceptions, however. Zombie Hut alumni Cheryl Cook-Fulkerson was the nightclub’s only non-Polynesian dancer. She was hired by Albert Fakalata and asked him if she would fit in.

“I was taking ballet and tap when I was six,” says Cook-Fulkerson, “and they offered a Hawaiian dance class. And my mom said, ‘Your grandma has all these Don Ho records, maybe you should take a Hawaiian class.’”

“I’m not Polynesian and I don’t even look it,” said Cook-Fulkerson. “I have blonde hair, I have blue eyes.’ And Albert said, ‘Well, as long as you can dance and you have the Aloha spirit and a big smile, you’ll be just fine.’”

The Zombie Hut performers did all kinds of dances rooted in the culture of Tonga, Somoa, Tahiti, Hawaii and the Maori people of New Zealand.

“Sometimes the guys would get up there and do a slap dance and then they would have the fire dance,” said Turia-Davis.

“Without a net even,” said Gordon. “I’m surprised nobody in the audience got taken out.”

The slap dance is formally called the Fa’ataupati. It’s a traditional Samoan dance performed by a group of men. They clap and slap in sync with each other.

These former Zombie Hut performers said they never did sacred dances or spiritual chants in the nightclub, things that people sensitive to Polynesian traditions would find offensive.

“Most of our dancing was just modern Hawaiian. There wasn’t that much ancient Hawaiian,” said Gordon.

“It was more similar to, if you go to Waikiki area, the entertainment over there is what we did at The Zombie Hut,” said Tugupa-Meredith.

Tagupa-Meredith laughingly added: “Skimpy for sure!”

None of the dancers know why the place had “zombie” in the name, since zombies are part of Haitian culture, not Polynesian.

It’s likely that the business’ first owner, Johnny Quaresma, was inspired to name the place after The Zombie, a cocktail made of fruit juices, rum and liqueurs.

The Zombie Hut went through various owners. It was in business for 45 years before closing in 1990.

“We do a little over 100 shows a year at backyard luaus, country clubs and weddings,” Cook-Fulkerson said.

Today, there’s a strip mall where the Zombie Hut used to be. But for the Pacific Islanders who worked there, nothing but gratitude for the experience.

“It was amazing that we had a place like the Zombie Hut that we could actually perform and do our gifts as dancers,” said Turia-Davis. 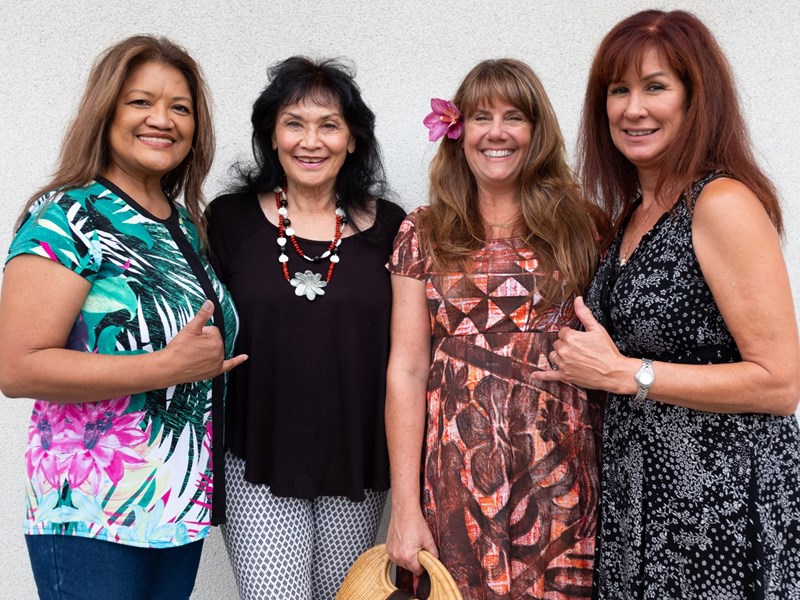