Immigrants take big risks coming to California. When they get here, many decide to take another risk: launching their own company.

Immigrants are actually more likely to start a business than people born here. California consistently ranks as one of the states most reliant on immigrants for new business creation.

Nationwide, about 25% of new companies are founded by immigrants, according to Kerr’s research. But that rises to about 42% in California.

Immigrants in California are starting everything from strip mall restaurants to some of the state’s largest employers — and they’ve shaped California’s economy in the process.

Chancee Martorell, executive director of the Thai Community Development Center, is trying to keep that entrepreneurial spirit alive in the heart of Los Angeles’s Thai community.

“Otherwise, you end up just seeing a community of chain stores that really have no history in the community,” Martorell said.

Later this year, her nonprofit will open a new food hall called the Thai Town Marketplace. It’s currently under construction in East Hollywood. The stalls will be run by low-income immigrants starting their first businesses.

The Thai Community Development Center is building the food hall, and will provide small business training, charging each stall owner below market-rate rent.

“They just need to bring the stove, the oven and their ingredients,” Martorell said.

The Thai Town Marketplace has been Martorell’s passion project for more than a decade. She led the campaign to officially designate this neighborhood as Thai Town 20 years ago.

Since then, she has seen rents for commercial space going up, and low-income entrepreneurs still struggling to get traditional bank loans.

Martorell wants this food hall to maintain Thai Town’s cultural identity, and give today’s immigrants their shot at opening a small business.

“We really have to work hard to preserve mom and pop, immigrant-owned businesses,” she said. “Because it's becoming more and more difficult, challenging and riskier — and just economically not feasible for them to continue.”

Iririn Srirada will have a prime piece of real estate in the food hall. Her stall will face the sidewalk. She’s calling it So Zaap.

She moved to L.A. 14 years ago from Northeastern Thailand. She’s currently testing out her budding food business a few days a week at the East Hollywood Farmers’ Market.

One recent afternoon, dad was helping out, grinding fresh ingredients with a mortar and pestle for a spicy and sweet papaya salad.

"I'm trying to bring in Thai food that's authentic,” Srirada said, “from the beginnings of my family, making it that real way." 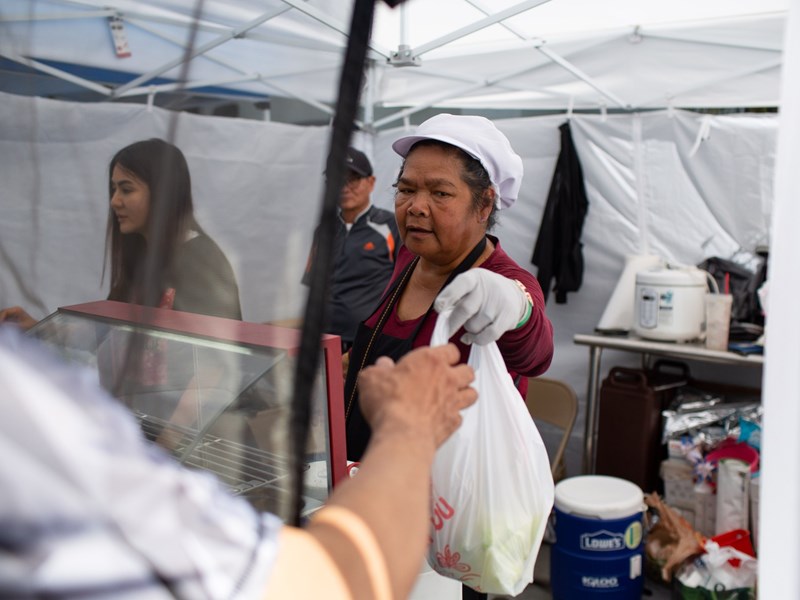 L.A. has the largest Thai population outside of Thailand. Srirada is betting a lot of people here crave something closer to what they’d get back in Thailand.

Since coming to L.A., she’s had a lot of different jobs. She’s driven for Uber, and been a server in a restaurant. She prefers being her own boss.

"It's a happier situation than being under someone,” Srirada said. “It's just better.”

Working in someone else’s restaurant wasn’t ideal, she said, but it’s where she discovered a valuable skill.

“They didn't have sweet desserts,” Srirada said. “So I made mango sticky rice for them.”

It was a hit with customers. She branched out, selling her food at a Thai temple in North Hollywood. So Zaap is her first attempt at starting her own business.

It’s hard, tiring work. But she said, “I love it a lot, and I hope that everything goes well."

Why immigrants are more likely to start a business

Back in Thailand, Sririda had a successful career in the makeup industry. Her original plan coming to Los Angeles was to break into Hollywood as a makeup artist for film and TV. But she couldn’t get her foot in the door.

That’s a pretty common story for immigrants who launch their own companies, said Harvard’s Bill Kerr.

Immigrants may have difficulty transferring skills or degrees from their home country to the U.S. A lack of good job opportunities can push them into entrepreneurship.

“They may find starting their own company to be the most attractive option,” Kerr said.

But entrepreneurship is not a fallback for everyone. Many come to California with a specific business plan in mind.

“Especially if you are launching a scalable, nationally and internationally focused business,” Kerr said, such as a Silicon Valley tech startup.

Nearly half of California’s Fortune 500 companies were started by immigrants or the children of immigrants. And that’s a boon for job creation and tax revenue throughout the state.

“They are really the engines for our local economy,” said Linda Lopez, who heads the Los Angeles Mayor’s Office of Immigrant Affairs.

"[Immigrant-owned] businesses generate about $3.5 billion, or 45.6 percent of all self employed income in the city,” Lopez said.

Back at the East Hollywood Farmers’ Market, Iririn Srirada has big plans for So Zaap. After a few years in the food hall, she hopes to move into her own space.

“We should open up more locations,” she said. “Here, we should have enough savings that I can go out and continue competing with others. I can keep going.” 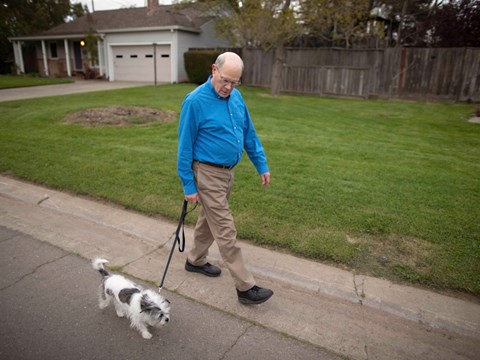 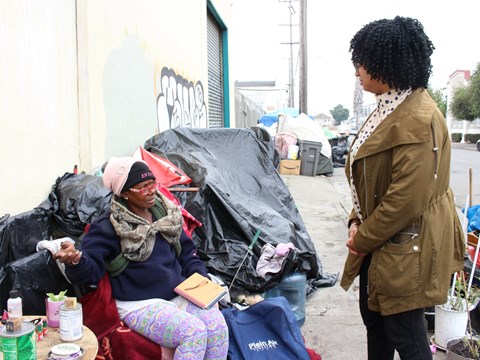 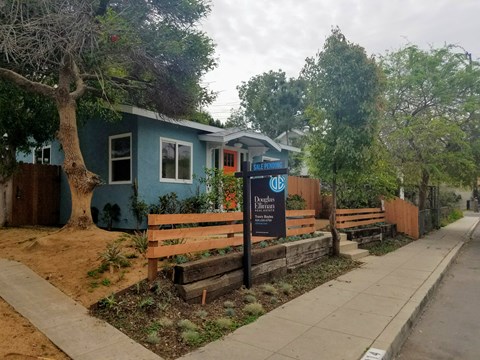