Sacramento’s waterfront in Old Sacramento is a mix of old wooden buildings, vacant storefronts and even a park that, on a recent visit, was dotted with trash and graffiti. It’s hardly a destination.

But recently released artist renderings of a new waterfront envision a much different future: new storefronts with glass façades, a history museum with a rooftop restaurant, a cleaner park with a new playground, and a floating water feature on the Sacramento River.

Mayor Darrell Steinberg says the re-imagined waterfront will be a place for all ages, and will attract new people to Old Sacramento and the river. "I think they're gonna say one thing, 'Wow,'” he predicted. “I know I did when I saw what’s being envisioned.” 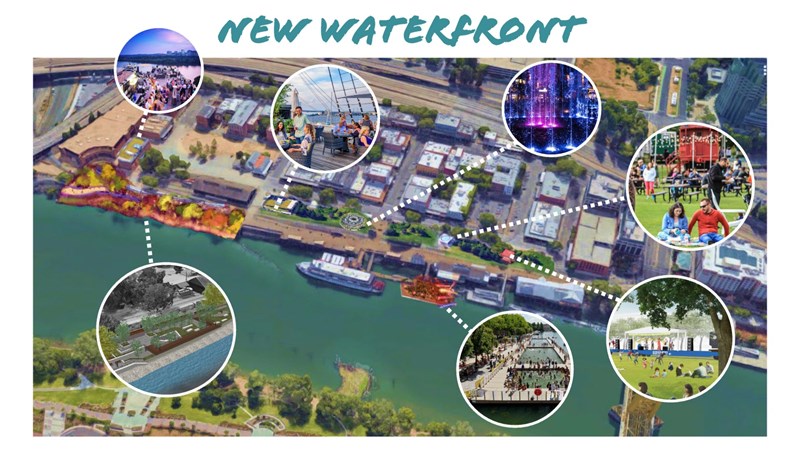 A rendering of the proposed changes to Sacramento's waterfront.Courtesy / City of Sacramento

How to pay for this waterfront facelift? The mayor says up to $45 million for major renovations would come from money raised by the transient occupancy tax, or hotel tax, revenue that is left over from the Community Center Theater, Memorial Auditorium and Convention Center renovation projects.

“It's our job as leaders to be creative in the way that we have to try to free up money that can't be used again for police fire or other general services," Steinberg said.

The renderings are based on the feedback by 9,500 people who voted on 40 submissions as part of the Sacramento Waterfront Idea Makers competition. 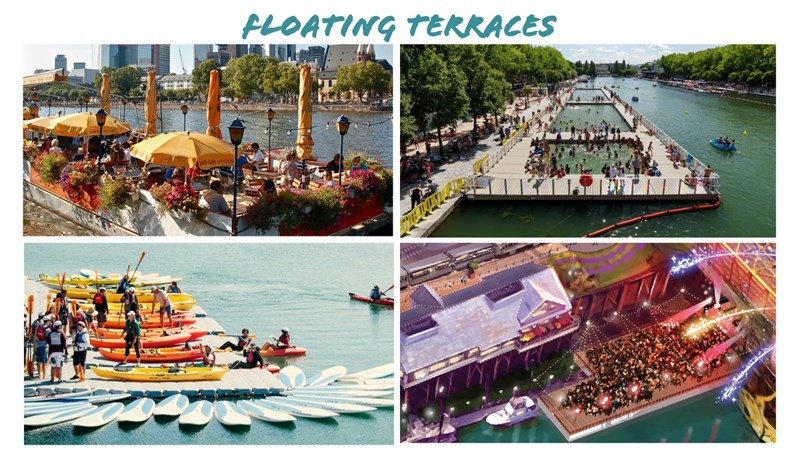 A rendering of the proposed changes to Sacramento's waterfront, which include floating terraces.Courtesy / City of Sacramento

If the City Council approves the plan to remake the waterfront on Tuesday, the first new structures in Old Sac could begin taking shape within two years.

The city says the occupancy rate for commercial space in Old Sac is half what it is in nearby Midtown. A recent study by real estate firm Keyser Marston Associates suggests a redesigned waterfront would increase sales tax revenues by 500 percent, from $700,000 annually to $4.2 million.

"A $35 million city investment through its hotel tax we believe will generate tens of millions in private investment and will help to transform not just the direct waterfront, but all of Old Sacramento,” the mayor said.

Meadowview Counts: What’s On Your Mind This Election?