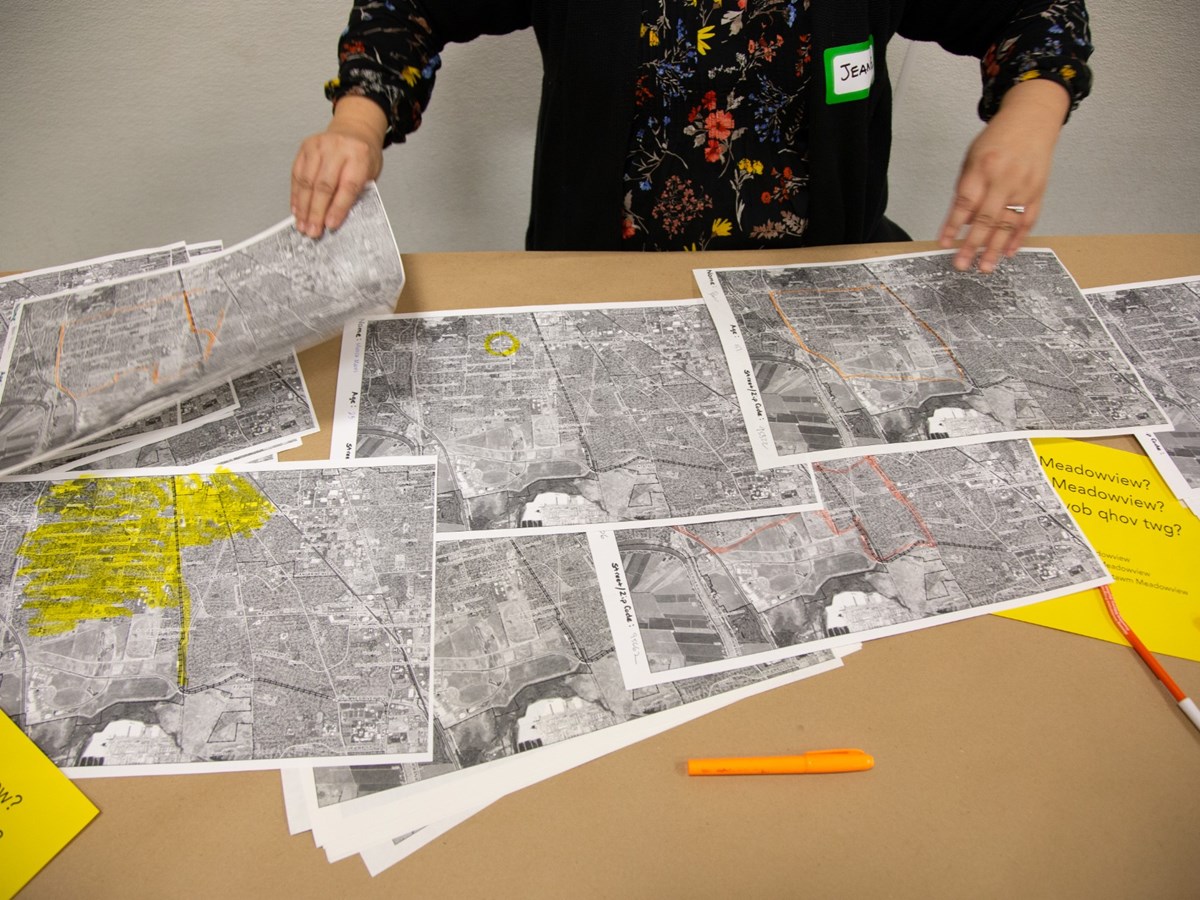 Meadowview residents drew what they considered to be the boundaries of Meadowview on maps at a community fair put on by CapRadio at John Sloat Elementary School in January.

Have you ever stopped to think about where your neighborhood starts, or where it ends? Which streets are in the neighborhood, and which ones aren't?

It's a question we've been asking while reporting for "Making Meadowview," the latest podcast from CapRadio's "The View From Here." If we want to tell the stories that make up a neighborhood, we need to know where its boundaries are based on the ideas of the people who live and work there.

What's in and what's out? So far we've received 50 responses, and this is what they've told us:

In the map you see responses from residents in orange. Darker areas show a more concentrated agreement of the boundaries from respondents.

Overall, most people see Meadowview as bounded by Florin Road to the north, Freeport Boulevard to the west, the light rail tracks to the east, and the edge of the developed residential area to the south.

Compare that to the city definition of Meadowview, which is included on the map in blue and stretches all the way to the Delta Shores shopping center. Many residents said they don't consider that area part of the neighborhood, and it's reflected in how they drew their boundaries.

While there was a pretty strong consensus among those who participated, there was also a wide range of answers.

A few people went north of Florin Road, some almost to the Sacramento Executive Airport. One person included everything west of Stockton Boulevard, and another went south nearly to Elk Grove.

One boundary that seemed very firm was Interstate 5 to the west, which separates Meadowview from the Pocket-Greenhaven neighborhoods. That isn't too surprising, as freeways have a long history of dividing neighborhoods.

While the map is in an interactive digital form now, the data collected to create it came from residents in a relatively low-tech form. 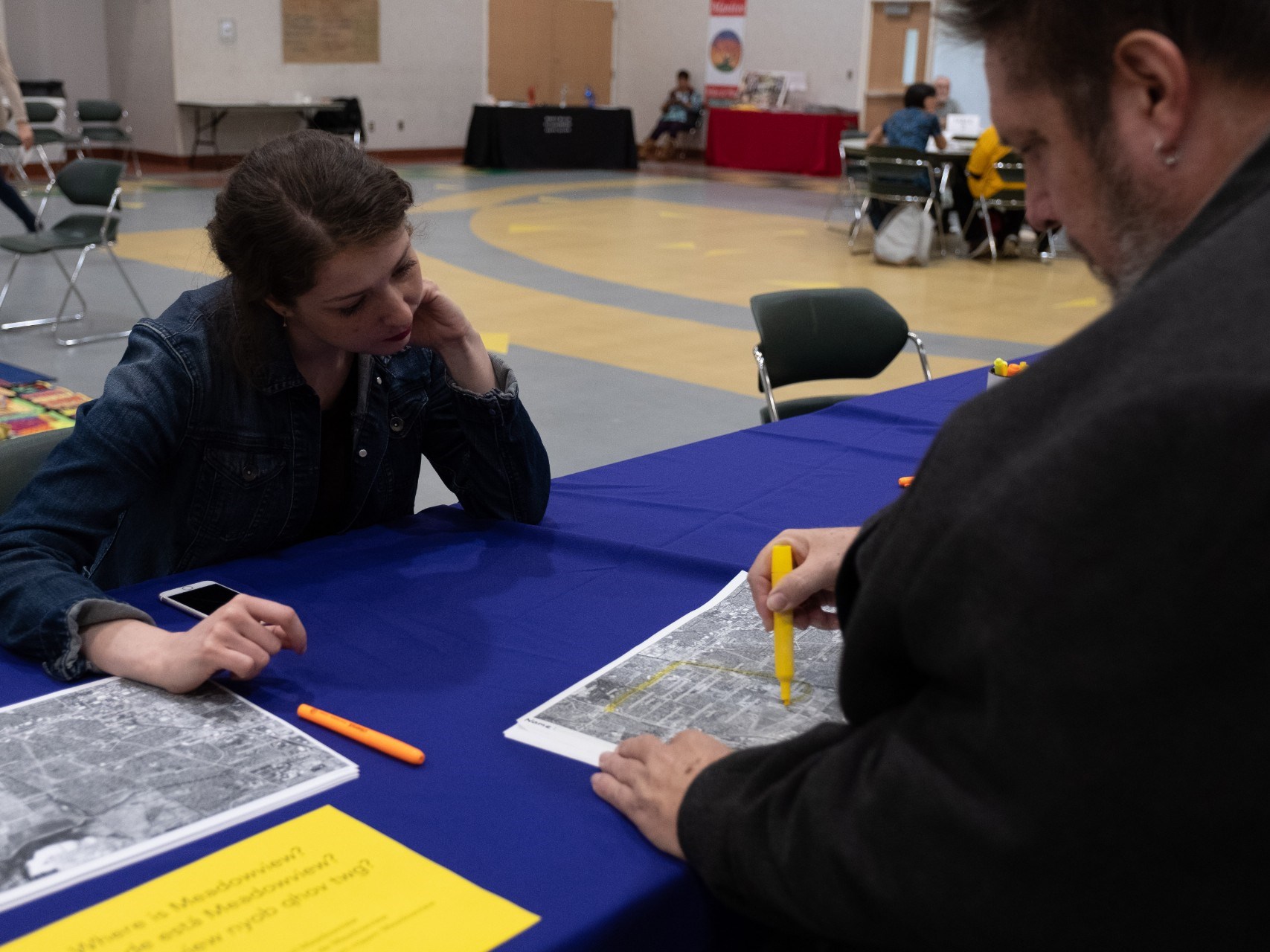 As part of the making of this season’s The View From Here, we've held a number of listening events in the Meadowview neighborhood. At each one, we set up a table with printed maps — provided by the Sacramento Area Council of Governments — and asked people who live or work in the area to draw the boundaries of  what they considered Meadowview. We digitized those shapes and used them to make the map above. We'll keep adding responses to the map as they come in.

This map is just one small part of the Making Meadowview podcast. You can join the conversation by following The View From Here Facebook page, where we'll be posting updates and other ways to stay involved.