You can measure Cheryl Camany’s success identifying homeless students by the stacks of pink paper piled around her office.

Each slip of paper is a residency questionnaire parents fill out for their children at the beginning of the school year, and each offers a clue to just how many students in the Salinas City Elementary School District don't have stable living conditions.

In the last four years, the number of K-12 homeless students in California has increased by more than 20 percent. As that rate increases, some school districts are doing a better job than others of finding their homeless students and offering help.

More than a quarter of schools in the state have not identified a single homeless student, and  lawmakers have taken note. They recently approved a request for an audit to look into why student homelessness might be underreported.

“Student homelessness is not an issue that will simply go away if we pretend it isn’t happening,” Assemblyman David Chiu said in a statement. The San Francisco Democrat and Luz Rivas, D-Arleta, requested the audit, which was approved by the Joint Legislative Audit Committee on March 6.

“If students experiencing homelessness are not being identified, they are not getting access to the services they need to be successful,” Chiu said.

Camany, the homeless liaison in Salinas, has made it her mission to find the kids who don't have stable living conditions. And she says the situation is more dire than she's ever seen it in her two decades working with homeless students.

That's in part, she said, because people are getting priced out of Silicon Valley and crowding the market in the Salinas Valley. In historically working-class Salinas, rents shot up more than 50 percent in the last five years, according to data from Apartment List, an online rental listing site. That's left many lower-income families with few housing options.

Flipping through a stack of residency forms in Camany's office offers a glimpse of how many students are living without stable housing conditions in Salinas. Some live with another family, others are renting rooms or sleeping in cars, shelters or garages. Even if students aren’t homeless in the traditional sense, many are living in situations so challenging they’re legally considered homeless — in situations where there's no guarantee of getting a turn in the bathroom, or no place to study or sleep comfortably. 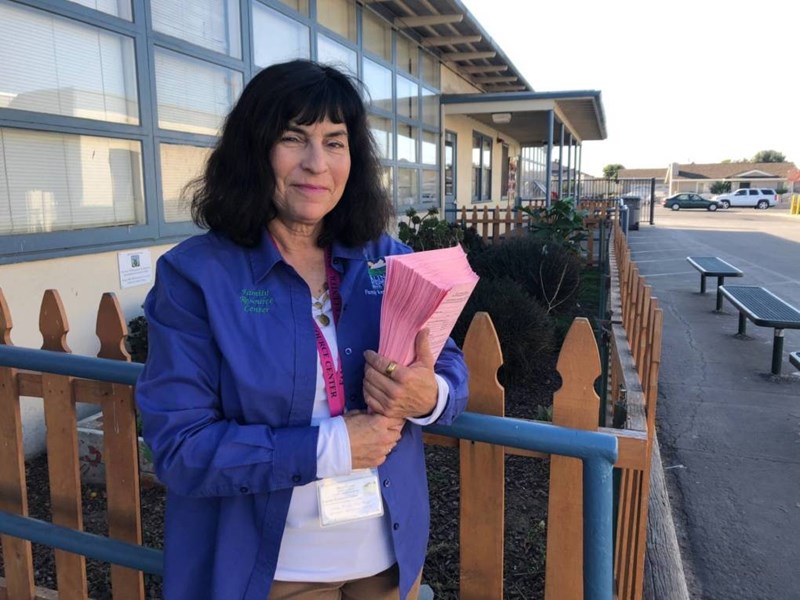 By law, schools have to help homeless students get equal access to an education. That means providing essential things students need for school, like uniforms, supplies, tutoring, transportation and food. But to help, schools first have to find these students.

The state Department of Education reports about 400 districts in California have failed to identify any homeless students, though experts say homeless kids live in just about every community in the state.

By contrast in 2018, Camany identified more than 3,300 homeless students in her district, nearly 40 percent of the student population. And she expects that number to go up this year.

Sometimes finding these students means going to local shelters to keep tabs on the newly homeless. But it also means digging into all those pink forms. Camany has learned just how hard it is to get an accurate picture of a kid's living situation based on the responses to the questionnaire.

Sometimes parents are ashamed or worried about losing their children because of how they’re living, Camany explained.

“But most of the time they're renting illegally, and they don't want to be found out," she said. "They've been told ‘Don't you dare tell anybody you're living here.’ ”

And sometimes, she added, parents just don’t understand the forms.

“Out of about 10,000 pink forms that we get every year, we have over 2,000 phone calls,” Camany said, noting that she and her colleagues spend hundreds of hours trying to get to the bottom of families’ living situations.

Her team, she said, has to earn parents’ trust and explain the protections that homeless families are entitled to, which include automatic eligibility for free school food programs and immediate enrollment, even if parents don’t have proof of residency or vaccination or school records. 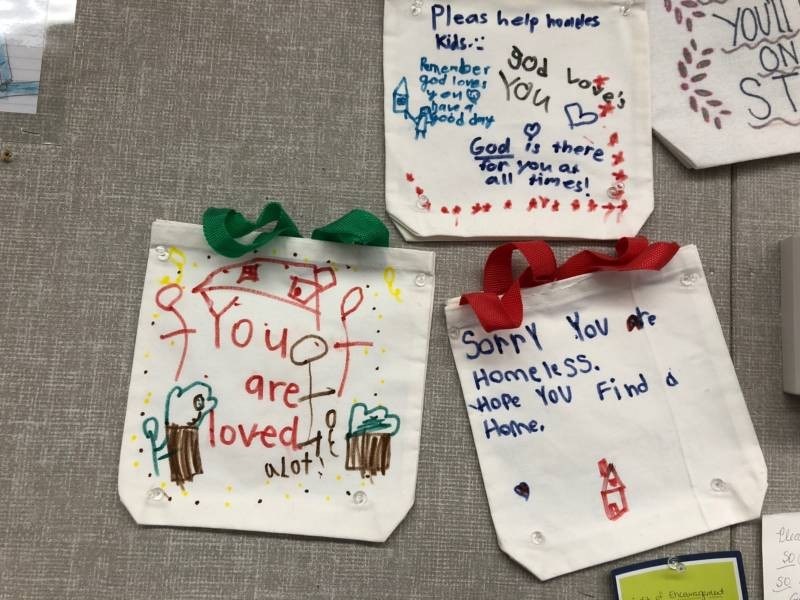 Tote bags with messages for homeless families, made by students, on display at the Family Resource Center.Vanessa Rancaño / KQED

Not all homeless liaisons in other districts can put in this kind of time. In fact, insufficient time is the number one reason the California Department of Education cites for why schools are not doing a better job of identifying homeless student populations. And while all districts are required to have a homeless liaison, many fulfill a number of other roles.

“We have to give [teachers] tools on how to even talk to the parents,” Camany said. “They're afraid of the H word; the homeless word. So they don't even know how to approach Mom or Dad or the kids.”

After Camany and her team know who the district’s homeless families are, the real work starts.

The team connects families to housing resources, holds classes for parents, and takes their kids on field trips.

“I think the bottom line is to give them hope," Camany said, crediting her district and county for backing the work.

“If we didn't have support, both emotionally and financially, we couldn’t do what we do,” she said.

But Monterey County only recently began focusing in earnest on its student homelessness issue.

When Yvette Irving took a job as an assistant superintendent with the Monterey County Office of Education two years ago, she was told to figure out how to better help the growing number of homeless students in the county.

“I genuinely thought there was a mistake in terms of the number,” Irving said of learning that one in 10 students in the county was homeless at the time. “Then, realizing that the number was accurate and it was also accurate that there was no set-aside funding, it was very sobering.”

In California, districts and counties compete for grant money for homeless students. When Irving took the job, Monterey was not receiving any.

That changed under her watch. From 2018 through 2021, the county will receive $237,500 a year, nearly the maximum grant awarded by the state. The education office has already hired a countywide coordinator for homeless services to help train teachers and administrators on their legal obligations to homeless students and how best to support them.

For Ernesto Vela, an assistant superintendent for the county education office, the effort to identify and support homeless students is pragmatic. He points out that more than 60 percent of socioeconomically disadvantaged students in California are not meeting math or reading benchmarks. 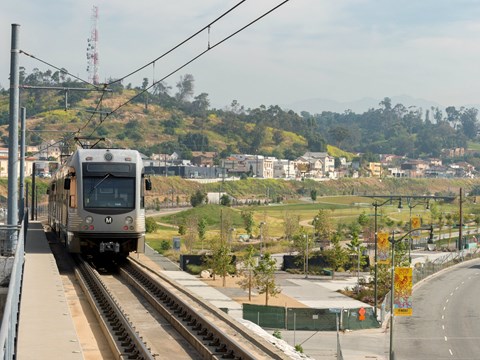 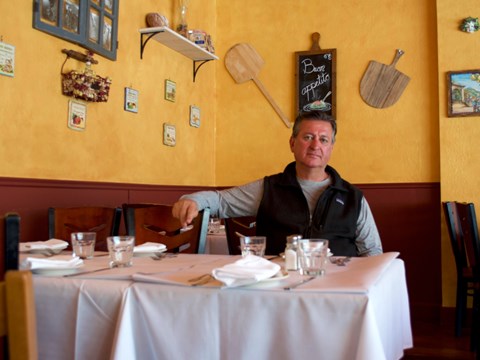 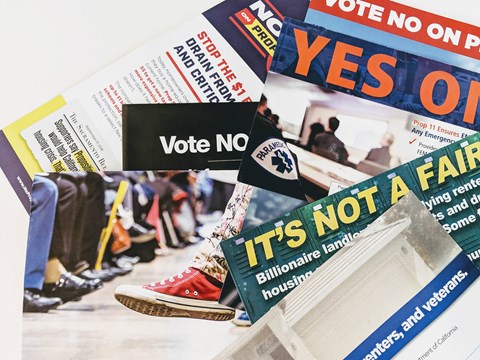