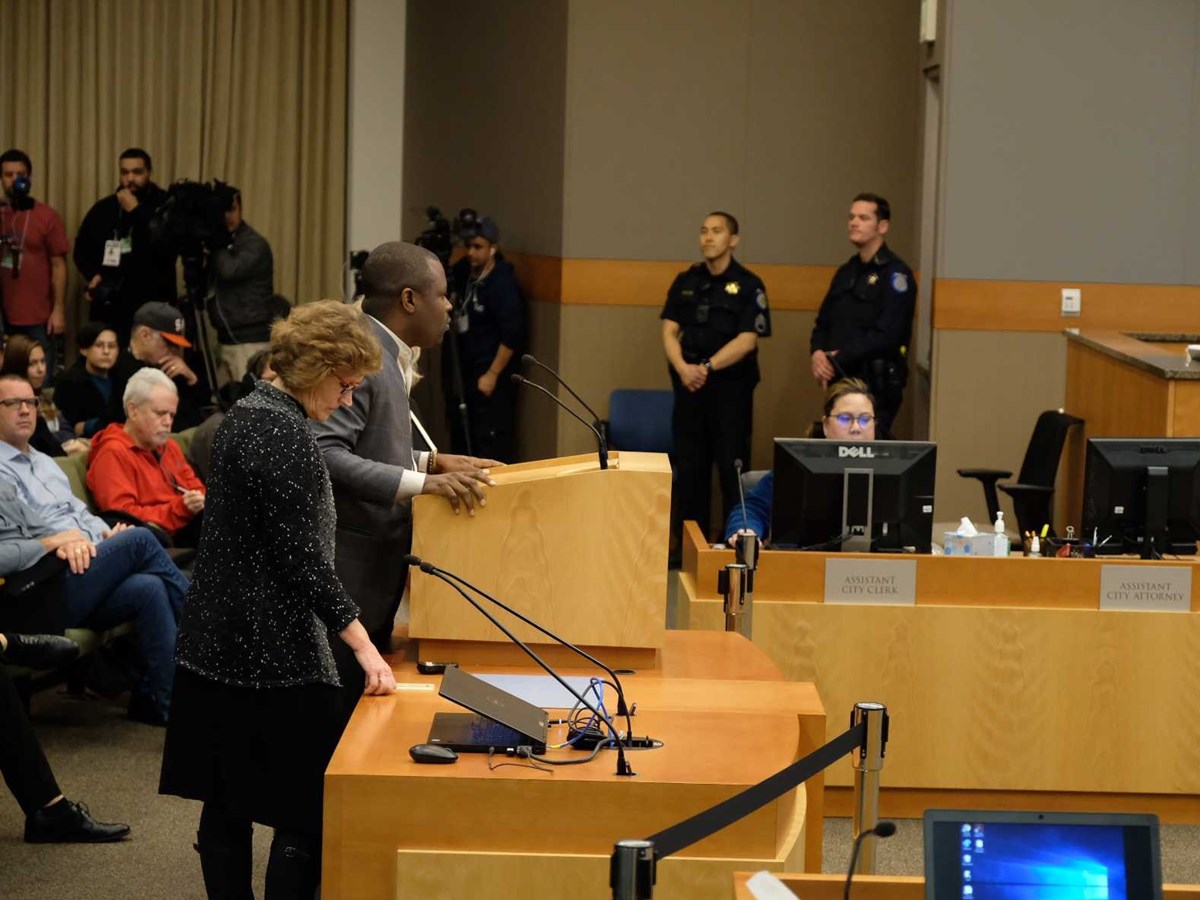 Editor's note: We have corrected a caption which incorrectly characterized a moment during Tuesday's City Council meeting. We have noted that Flojaune Cofer's statement came after police officers moved the crowd back and was directed at police officers. We've also moved the image's placement to better reflect when it occurred during the evening.

A large and passionate crowd packed the Sacramento’s City Council chambers Tuesday night, at one point causing the council to take a brief recess.

Dozens attended the meeting and gathered outside to express their anger about a Monday night Stephon Clark protest in East Sacramento where Sacramento police arrested 84 people.

Community members at the meeting said police officers antagonized them during a peaceful march through the affluent “Fab 40s” neighborhood. The protest came on the heels of an announcement by Sacramento County District Attorney Anne Marie Schubert that her office would not file criminal charges against the two officers who shot Clark last year. On Tuesday, California Attorney General Xavier Becerra announced his office had reached the same conclusion.

“We witnessed law enforcement trap us on a bridge as we raised our hands showing that we were in surrender and cooperating,” said Rev. Kevin Kitrell Ross of Unity of Sacramento. “What in the hell was that about last night?” 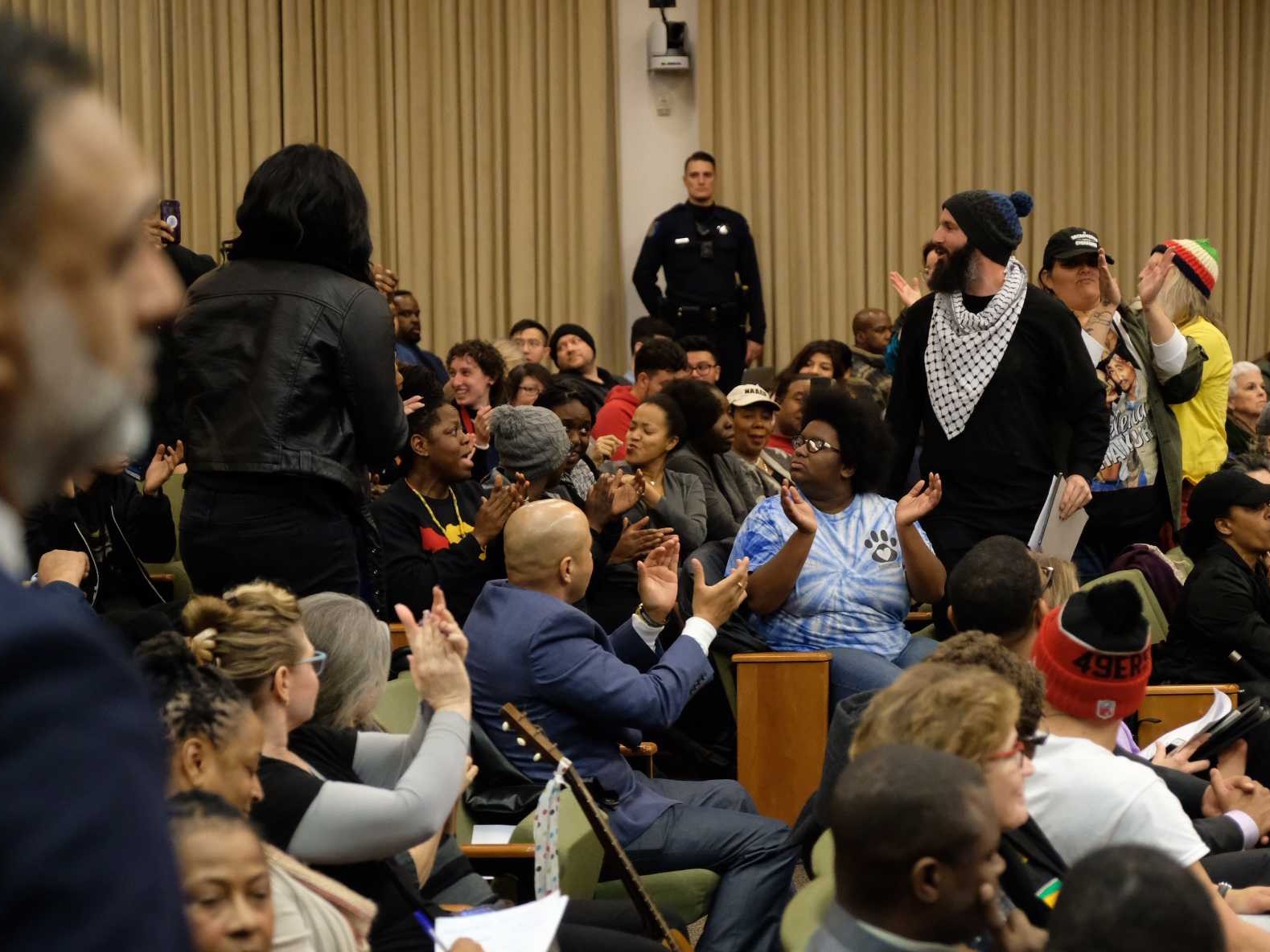 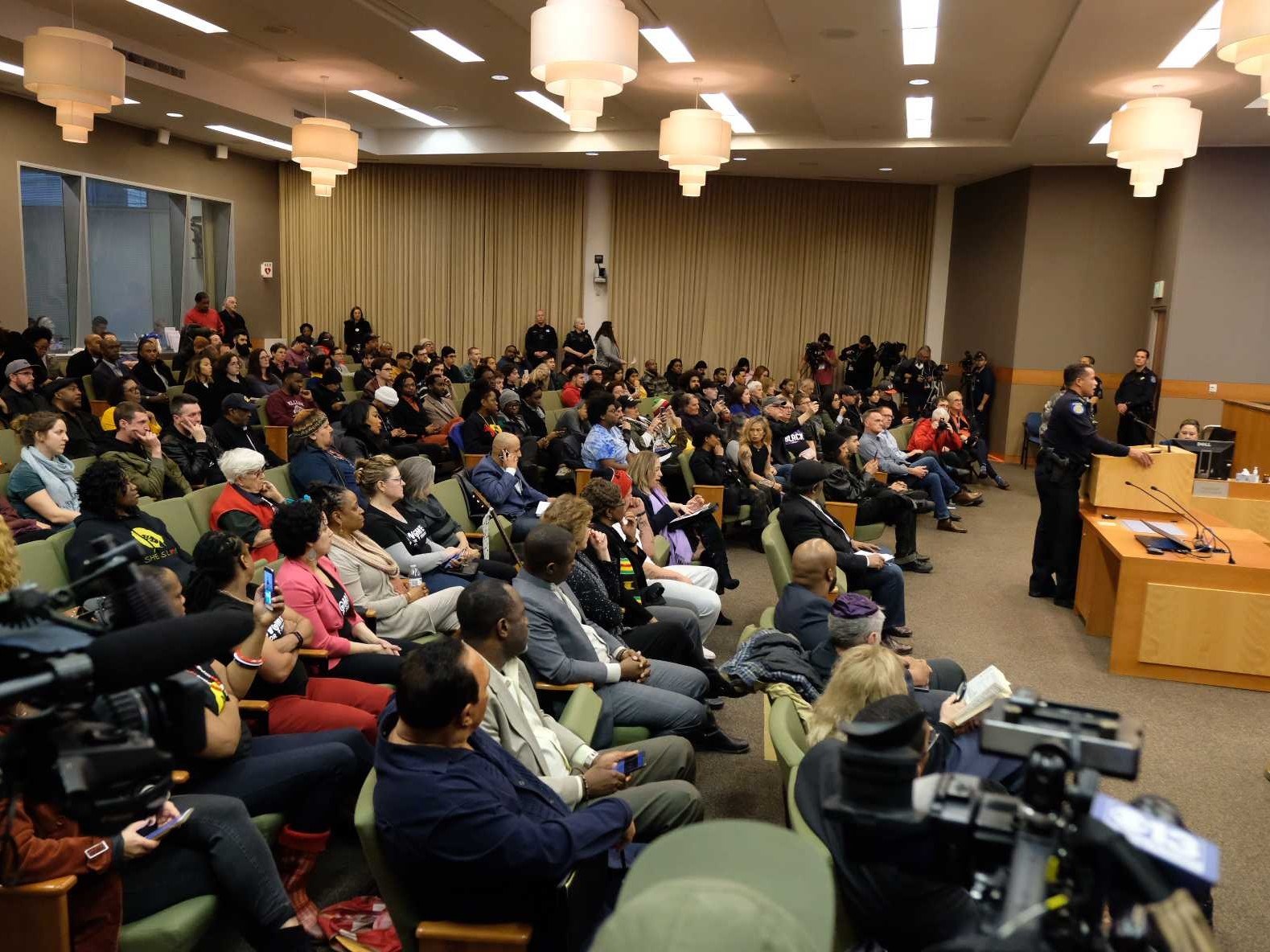 The meeting started quietly, with the council chambers not quite full and a large crowd of people waiting outside. Around 6 p.m., police officers inside the building started letting people inside. Close to 7 p.m., the crowd in the chambers started chanting “shut it down” and approaching the dais. The mayor called a recess and said they would return only if the crowd calmed down. A large group continued to gather outside.

“We want to hear from everybody,” said Mayor Darrell Steinberg once the meeting resumed. “We just ask please that you try to let everyone speak and then when you’re done you please return to your seat. We can’t have what just happened happen again.” 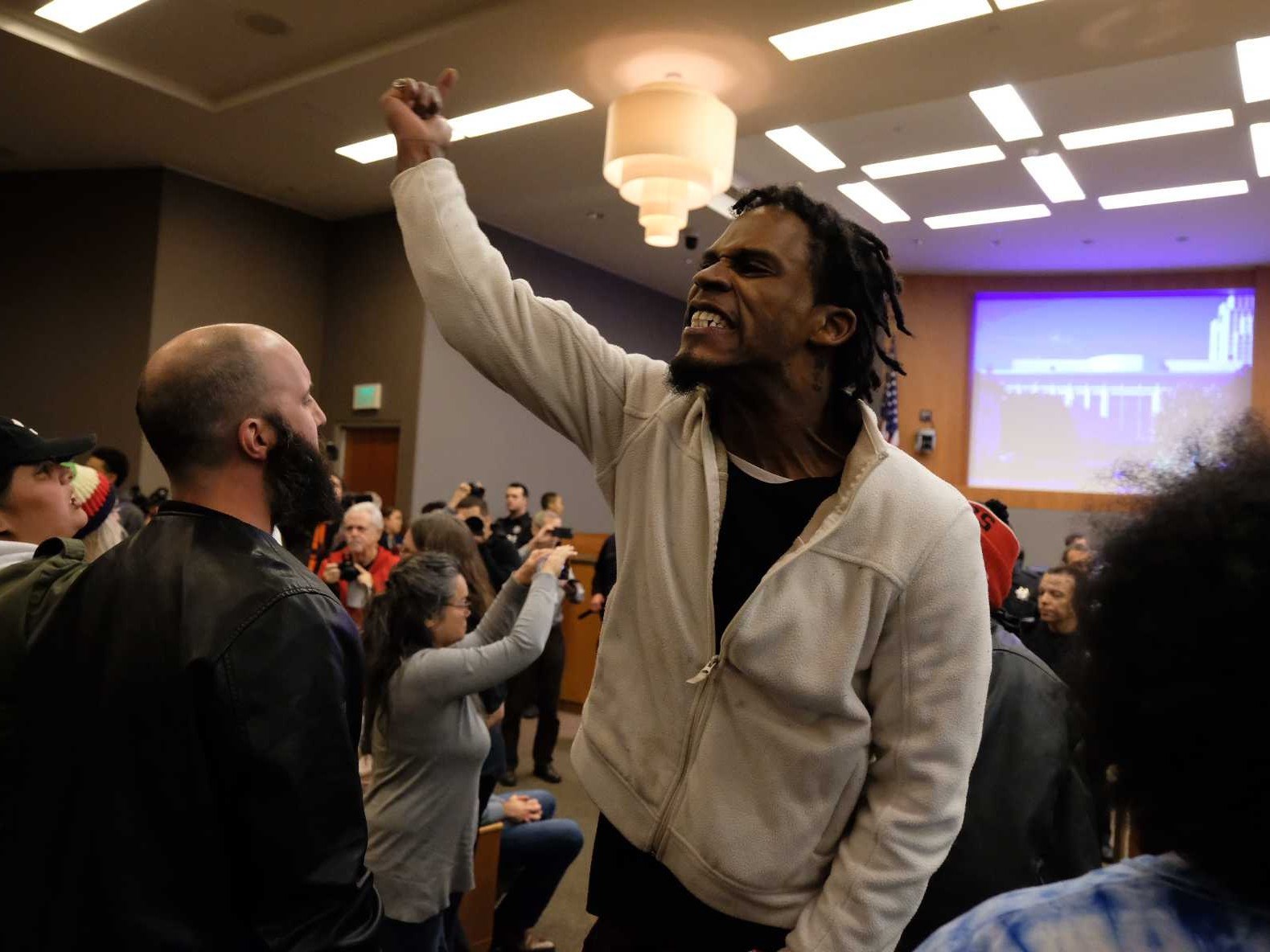 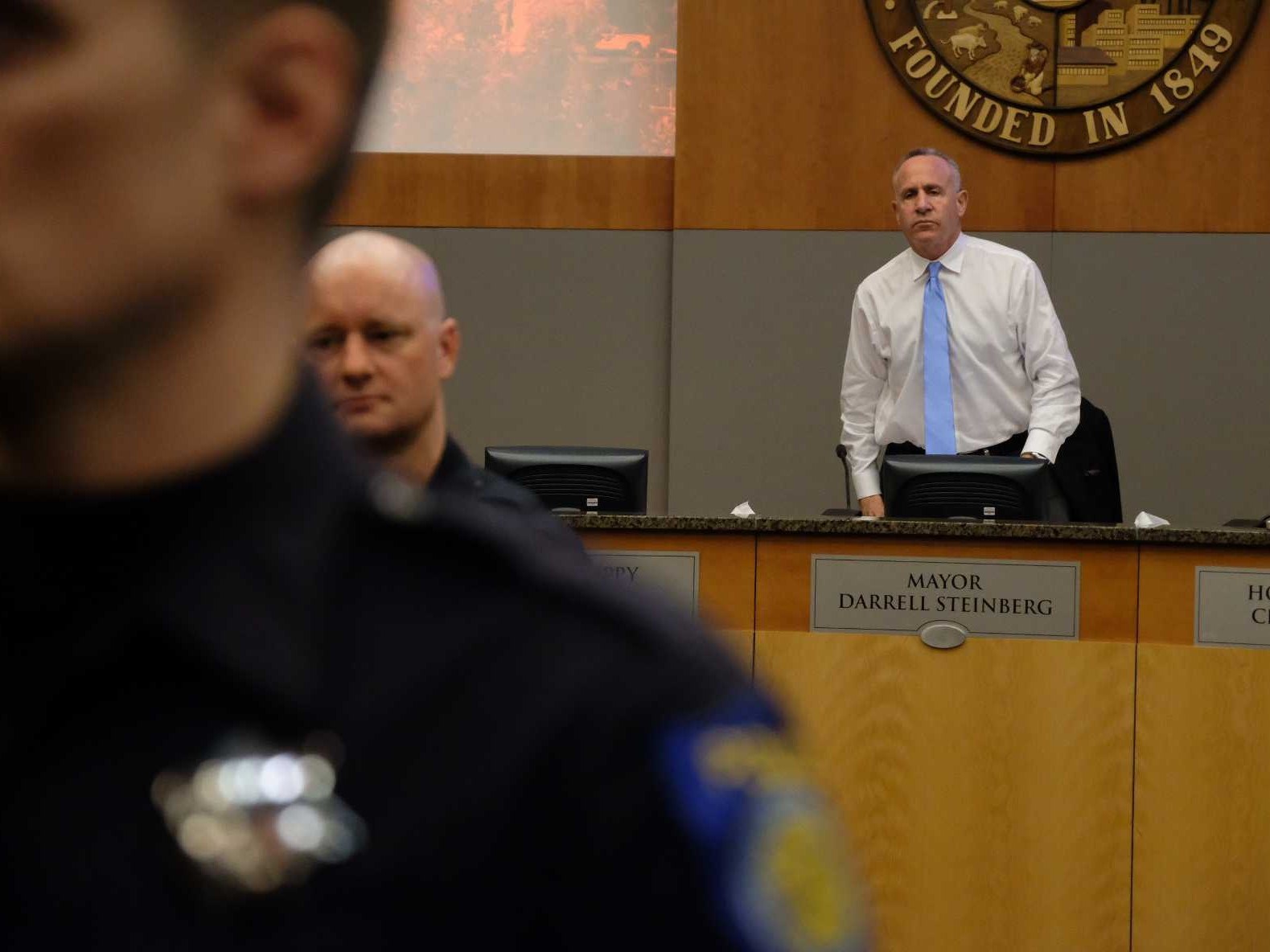 Throughout the evening, multiple clergy members and community leaders took to the podium to say they were shocked by police officers’ behavior Monday night.

“This was not the narrative we wanted to have happen, for our city and for the nation and the world to see,” said Rev. Pamela Anderson of Sacramento Presbytery, who was one of those arrested.

Police Chief Daniel Hahn told the chambers he didn’t yet have specifics on what happened during Monday’s demonstration, but that the department was downloading body camera footage and taking statements. 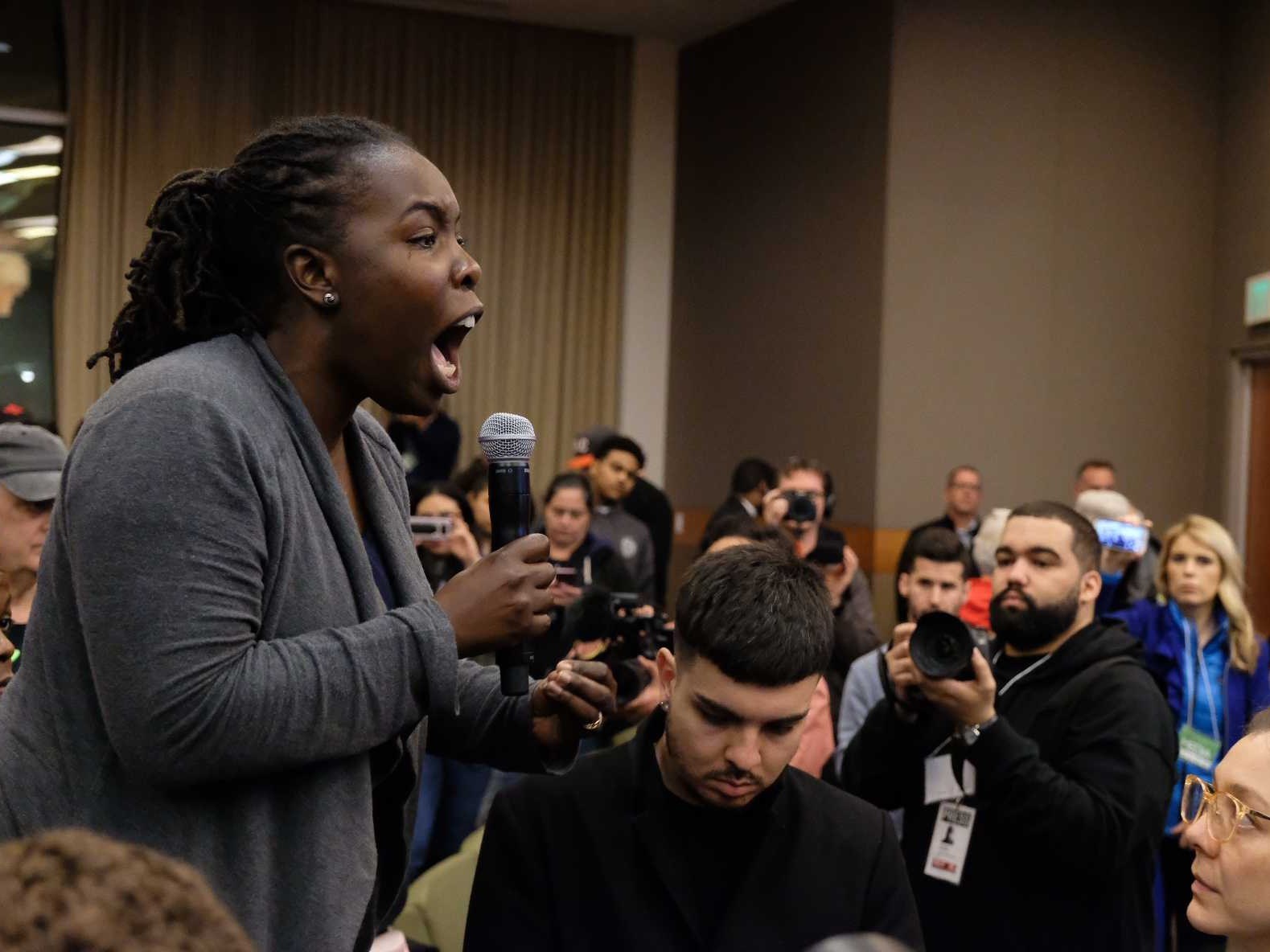 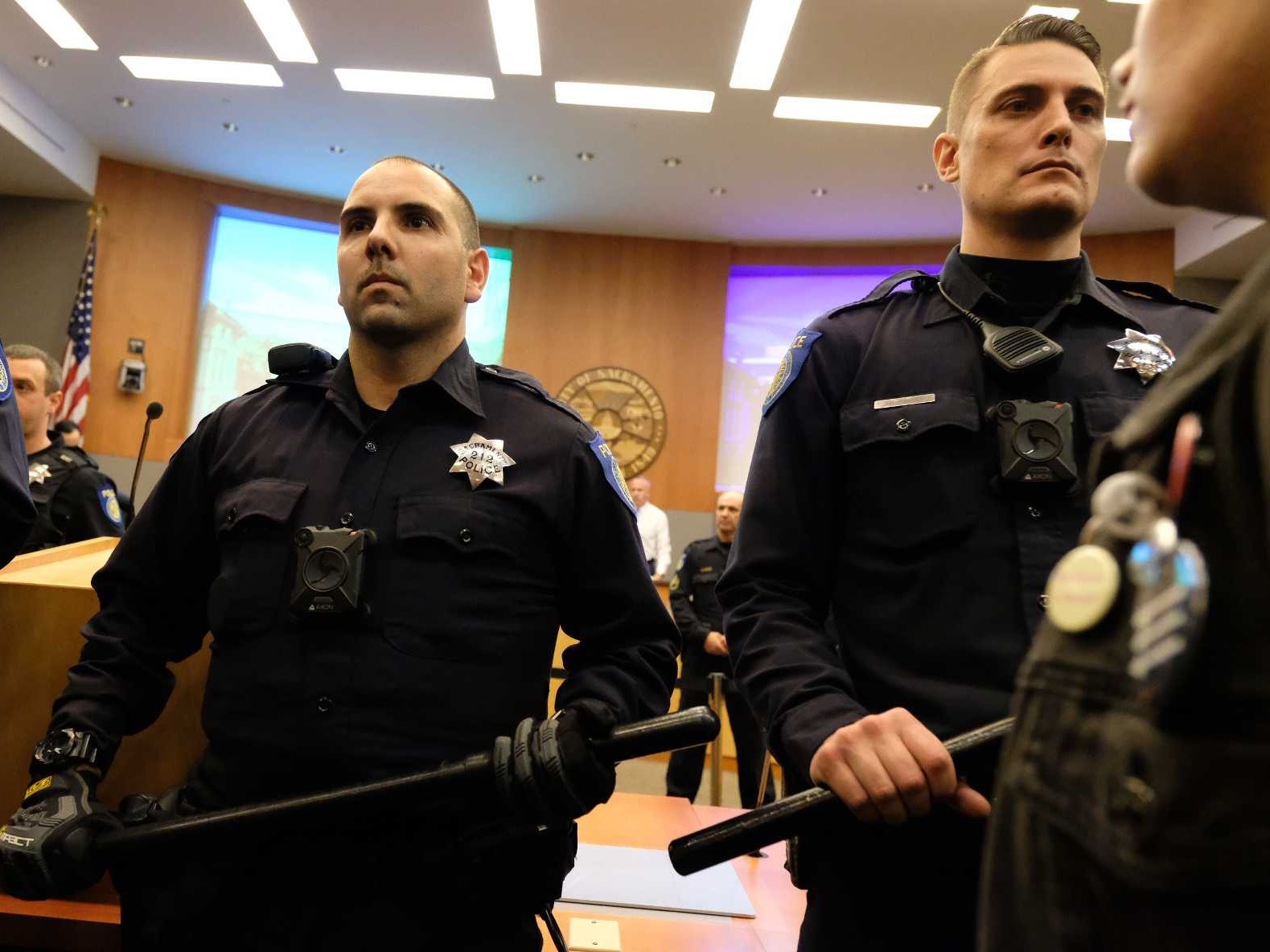 Police face off with community members yelling "shut it down" during public comment about the police response to Monday's Stephon Clark demonstration in East Sacramento.Andrew Nixon / Capital Public Radio

Mayor Steinberg and the City Council have called on the City Office of Public Safety Accountability to investigate the arrests.

Those arrested on Monday night included Pastor Les Simmons of Sacramento Area Congregations Together, a prominent figure in actions around the Clark cause over the past year, two journalists, and students who were part of a group that shut down the Arden Fair Mall on Sunday.