In The Neighborhood Where Stephon Clark Died, Mayor Unveils Plan To Spend $200 Million On Economic Inequality In Sacramento

During his annual State of the City speech on Tuesday morning, Mayor Darrell Steinberg announced a proposal that would spend $200 million over the next five years on economic equity in overlooked neighborhoods.

Specifically, the mayor said he wants to invest the “lion’s share” of the city’s new Measure U sales tax increase, which voters approved this past November, in underserved communities such as Meadowview, where he delivered his yearly address.

Steinberg’s speech, which took place at the Samuel and Bonnie Pannell Community Center in the South Sacramento neighborhood of Meadowview, focused deeply on issues of economic and racial injustice and last year’s death of Stephon Clark, which occurred just blocks away.

“The shooting of Stephon Clark, less than a mile from where we gather this morning, did not create this moment. But it undoubtedly intensified and elevated the movement by ripping open deep wounds in our past,” Steinberg said.

Two Sacramento police officers fatally shot Clark on March 18 of last year. Law enforcement responded to 29th Street in Meadowview after reports of a man breaking car windows, and the officers pursued Clark into a backyard — which they later learned was his grandmother’s home — where he died. 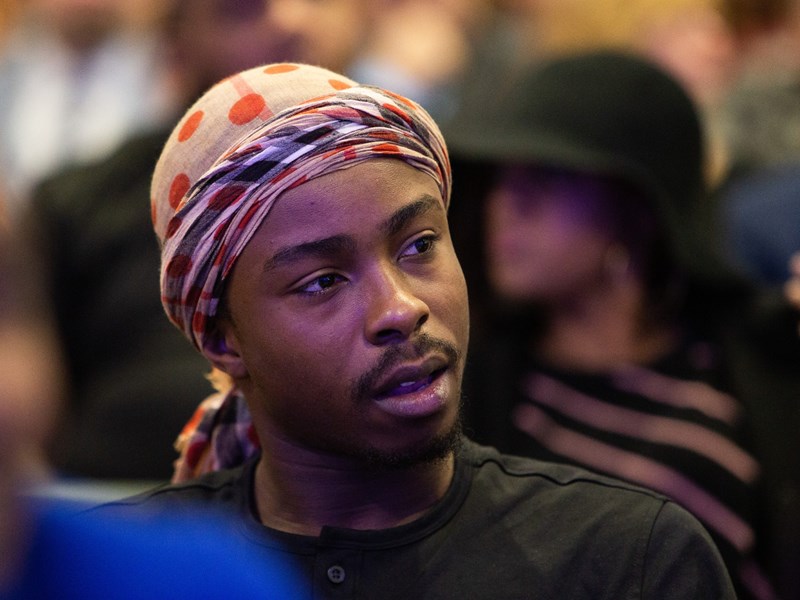 The officers who killed Clark thought he had a gun in his hand, but the object was later found to be a cell phone. Their actions prompted outrage in Sacramento, including weeks of demonstrations and intense public comment at city meetings.

In his address, Steinberg asked how the city can respond as the first anniversary of Clark’s death approaches. “How do I as your mayor give voice to the pain that is so real and so raw?” he said. “How do I, as a relatively privileged white man, let my suffering community members know that they do not suffer alone?”

His vision to spend Measure U revenue on everything from youth programs to community improvement projects in Meadowview and elsewhere would still need to be approved by City Council. It also assumes that the sales tax will continue to generate upward of $100 million a year.

The plan drew praise from the crowd. Cassandra Jennings with the Greater Sacramento Urban League, a nonprofit that works with youth in Oak Park and Del Paso Heights, says if Steinberg sticks to his word, the influx of funding could mean improvements to neglected commercial corridors, more support for businesses and better opportunities for youth.

“I have faith that [the city] will come through, because we will hold them accountable,” said Jennings, whose husband is Councilmember Rick Jennings. “It’s the right thing to do at the right time.”

Some were less optimistic. Michael Harris, director of of the Black Agriculture Working Group and a Meadowview resident, said the mayor’s choice to give his speech in his neighborhood needs to be more than symbolic.

“What’s the next step? Since he’s here, what specifically is going to happen in Meadowview?” Harris said. “It’s good to come, but we’re not doing a drive-by.”

Jesse Reese, president of the Meadowview Neighborhood Association, said he was proud that the mayor came and appreciated that Steinberg talked about Stephon Clark.

“He touched on exactly what the community needs,” Reese said, adding he hopes the increased attention to Meadowview since the shooting will bring positive change. “Sometimes things have to happen to wake up the city. It is very unfortunate, but sometimes that’s what it takes.”

Steinberg spoke openly about Clark’s death and apologized directly to his family.

Clark’s brother Stevante Clark attended the speech and said friends were texting him beforehand about the mayor’s intent to apologize.

The mayor’s address comes as residents await a decision by Sacramento County District Attorney Anne-Marie Schubert on whether to bring criminal charges against the two officers who shot Stephon Clark. There’s a sense that an announcement from the DA could come in the next couple weeks, according to sources at City Hall.

The mayor called for peaceful demonstrations after the DA’s review is made public. “Your message is right and clear. To focus on peace without addressing justice would be a grave mistake. To try to contain the community’s anger would be a worse mistake,” he said. "Nonviolence does not mean inaction. Peaceful protest is not a problem to handle, but a right to embrace.”

The mayor ended by touting a new day for the city’s overlooked neighborhoods. “No more young people’s lives sacrificed to the old excuse ‘We just don’t have the money,’” he said. “The old days of ‘Wouldn’t it be great’ are over in Sacramento.” 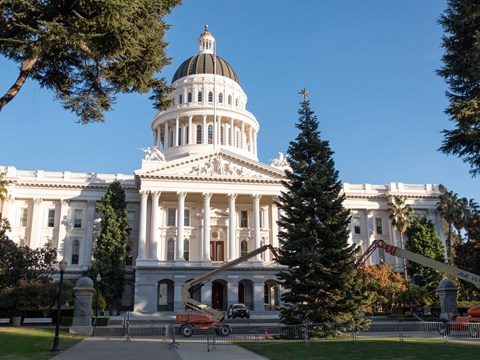