What’s Happening To Cats Who Weren’t Claimed By Owners After The Camp Fire?

More than seventy cats meow in stacked cages as volunteers come around with breakfast. Most of them are survivors of the Camp Fire that tore through Paradise in November, causing 52,000 people to leave their homes — many of them without their pets. Now, some of the abandoned cats call the Alley Cat Allies/FieldHaven Recovery Center in Marysville home.

FieldHaven volunteers are still holding out for reunification, even as other shelters are adopting Camp Fire pets out to new homes.

“Transferring them out feels like we failed to find their people,” she said.

They wanted to do more to find the cats’ owners. Some FieldHaven volunteers reached out to North State Public Radio, the NPR affiliate in Chico, which runs an “After Paradise” project that collects questions from residents, and asked why owners were not claiming their pets.

And others are questioning why Butte County Animal Control has transferred the Camp Fire cats previously in their care to local shelters in Chico, Oroville and other cities to be put up for adoption, rather than trying harder to reunite them with their families. 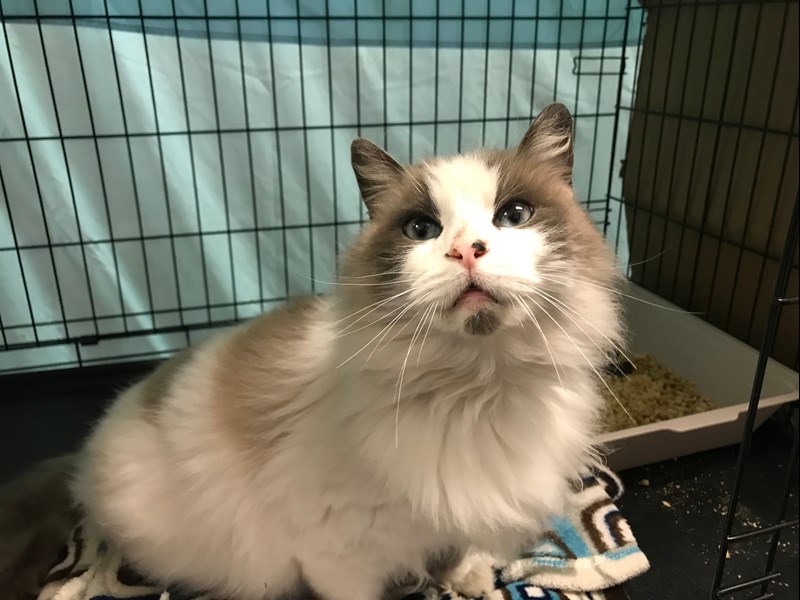 A cat that hasn't been claimed after the Camp Fire.Bob Moffitt / Capital Public Radio

“I’d much rather have every animal go to its original owner and be happy and healthy,”  he said. “At the same time, I have to focus on the health of the animal.”

Pets who stay in cages and kennels too long risk getting sick or becoming despondent, and at a certain point a shelter must find them a permanent home, Soulsby said.

He added that it’s crucial to keep accurate records of unclaimed pets for owners who are still looking for their furry companions.

Butte County Animal Control cared for roughly 4,000 animals after the fire — everything from horses to hermit crabs — and was able to reunite the vast majority with their owners. According to its website, there remain 17 unclaimed dogs and more than 300 cats spread between various shelters, rescue groups and veterinary offices. All frogs, birds and bunnies have found new homes, and unclaimed livestock is being donated to educational farms.

Veterinarians at UC Davis treated about 70 animals from the Paradise area, including a donkey, a llama, a tortoise, and dozens of cats. Staff put up a Facebook page to spread the word about the cats that hadn’t been claimed.

“That album pretty much went viral,” said Trina Wood, a spokesperson with the UC Davis School of Veterinary Medicine. “And we were able to reunite about a dozen owners with their cats using just the power of social media.” 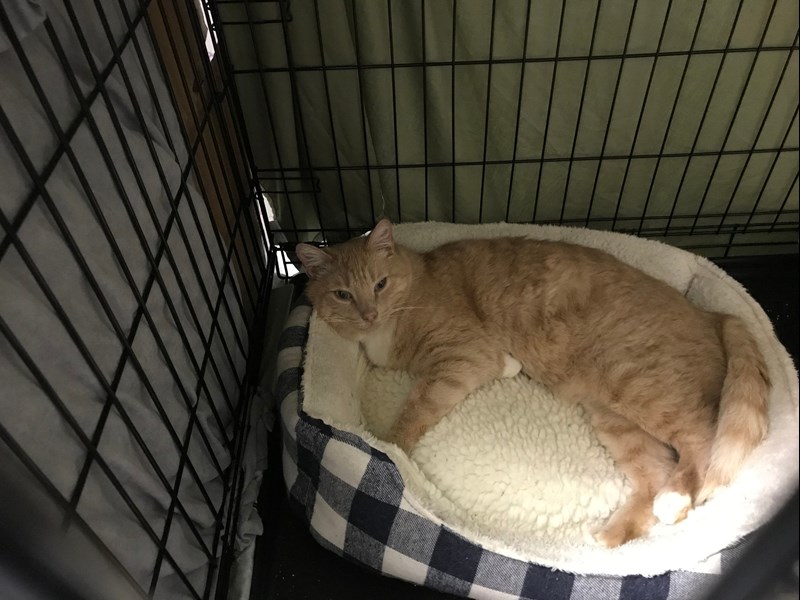 Some of the unclaimed Camp Fire cats are at a recovery center in Marysville.Bob Moffitt / Capital Public Radio

But in many cases, it was a challenge, Wood said. Many animals didn’t have microchips. Some, they learned, were neighborhood cats who were fed and loved by many but had no real owner. Any pets remaining unclaimed were sent to the county once they recovered.

“The magnitude of animals that were displaced, I don’t think we’ve seen it on this scale before” Wood said.

FieldHaven keeps its own database of pets scattered throughout the region, including cats in foster care and cats that have been spotted on cameras in the burn zone but haven’t yet been trapped. Workers at the center are still going to Paradise to search, and they’re putting out a rallying cry to pet owners, asking them to go online and try to find their cats.

Audra Murphy says the Marysville effort has had a few successes, including some good news for a cat named Freya.

“He was lost when [his owners] started having car trouble while evacuating, and they had to get out and run,” she said. “When they pulled him out of the car he jumped out of their arms and ran into a burning shopping center.”

The family couldn’t go back for Freya, but they posted a call for him on Facebook — and Murphy saw it. She recognized the photo instantly as a cat at the Marysville shelter she had nicknamed “nubby.”

“That’s why we’re here,” she said. “Because we want these cats reunited with their people.”

Here are a few places where photos of unclaimed Camp Fire pets can be found: