Turning Wood Into Electrons: Biomass Facilities Transform Burnt Forests Into Renewable Energy, But Some Argue It’s Not An Eco-Friendly Solution

Imagine the number of burnt trees left to clean up after a wildfire, or the volume of litter remaining after forest-thinning. California’s grappling with what to do with all this forest waste, especially given recent devastating wildfires. Forest managers have a few options: leave it in piles, spread it out over the forest floor, burn it — or use a controversial practice called biomass.

About an hour north of Lake Tahoe, an old saw mill in a town called Loyalton uses biomass to turn forest debris into energy. The plant closed in 2010 but re-opened in 2018, and vice president of operations Jim Turner says the private company, American Renewable Power, is bringing in new contractors every month.

“This is a good option and a good alternative to not doing anything with the forest waste,” Turner said.

Here’s how biomass works: Trees and other wood stuff are mulched. (In November, for instance, Turner’s facility processed waste from the Camp Fire and wood pallets from a Tesla factory in Reno.) Next, a chain system evenly drags the wood onto a conveyor belt. From here, the material climbs an “incline to the boiler process itself,” Turner explained. Wood chips are burned in a boiler at around 1,400 degrees, which heats water, creating pressurized steam, and spins a turbine connected to a generator.

Turner says the turbine is what “makes the money” and that “it’s spinning at 3,600 rpm continuously.” The energy it creates goes to the local grid, then to homes and businesses. 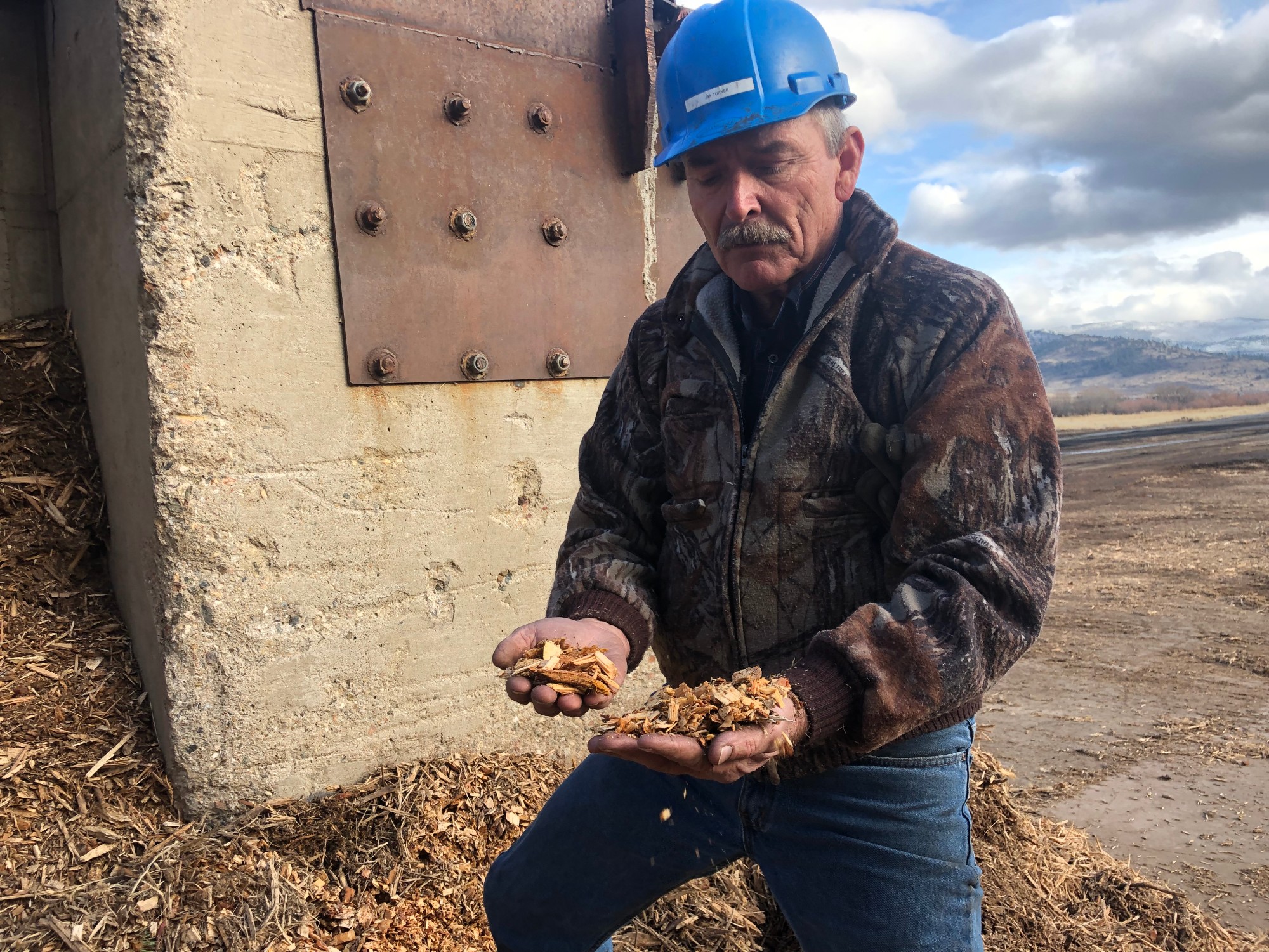 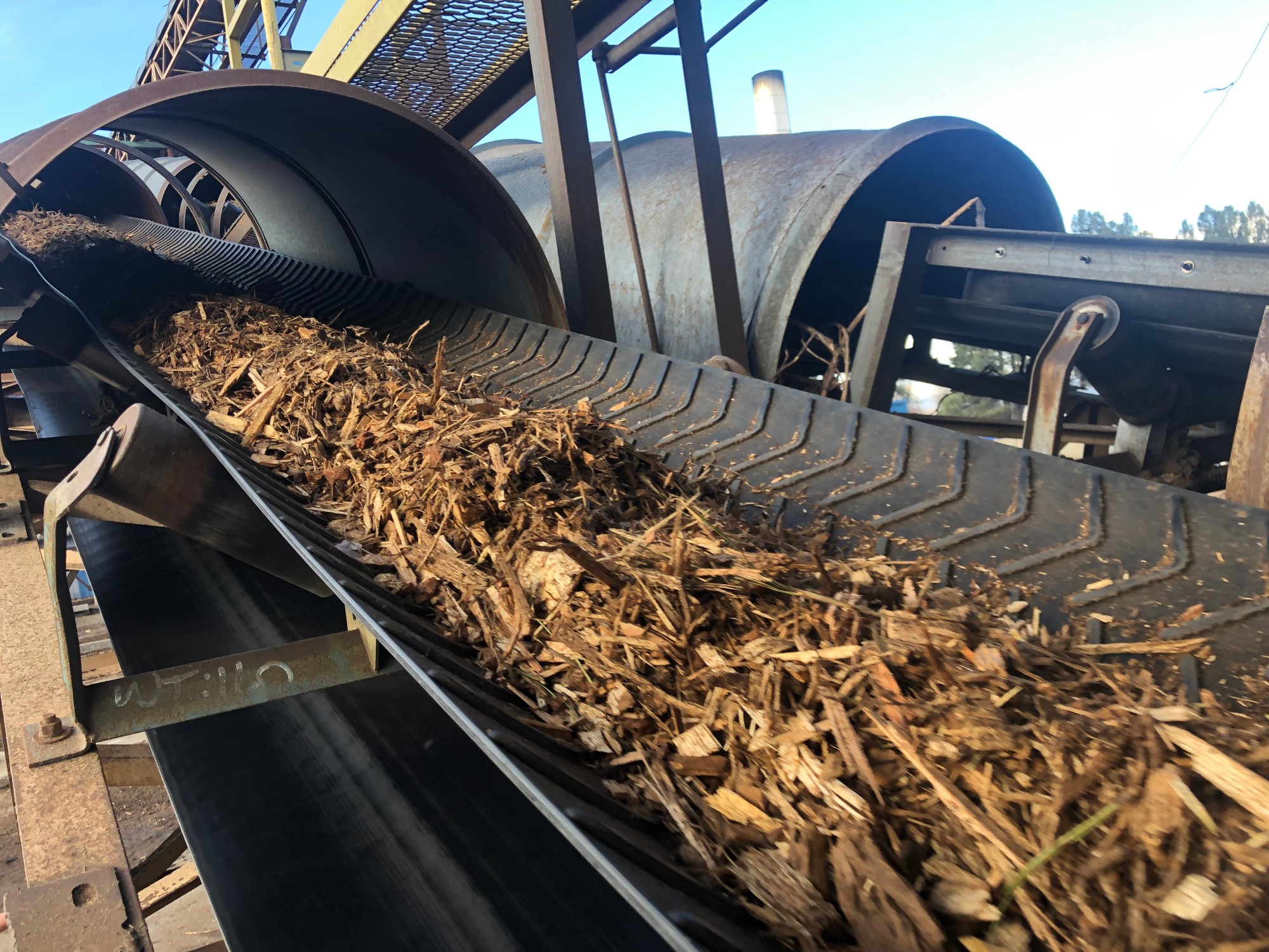 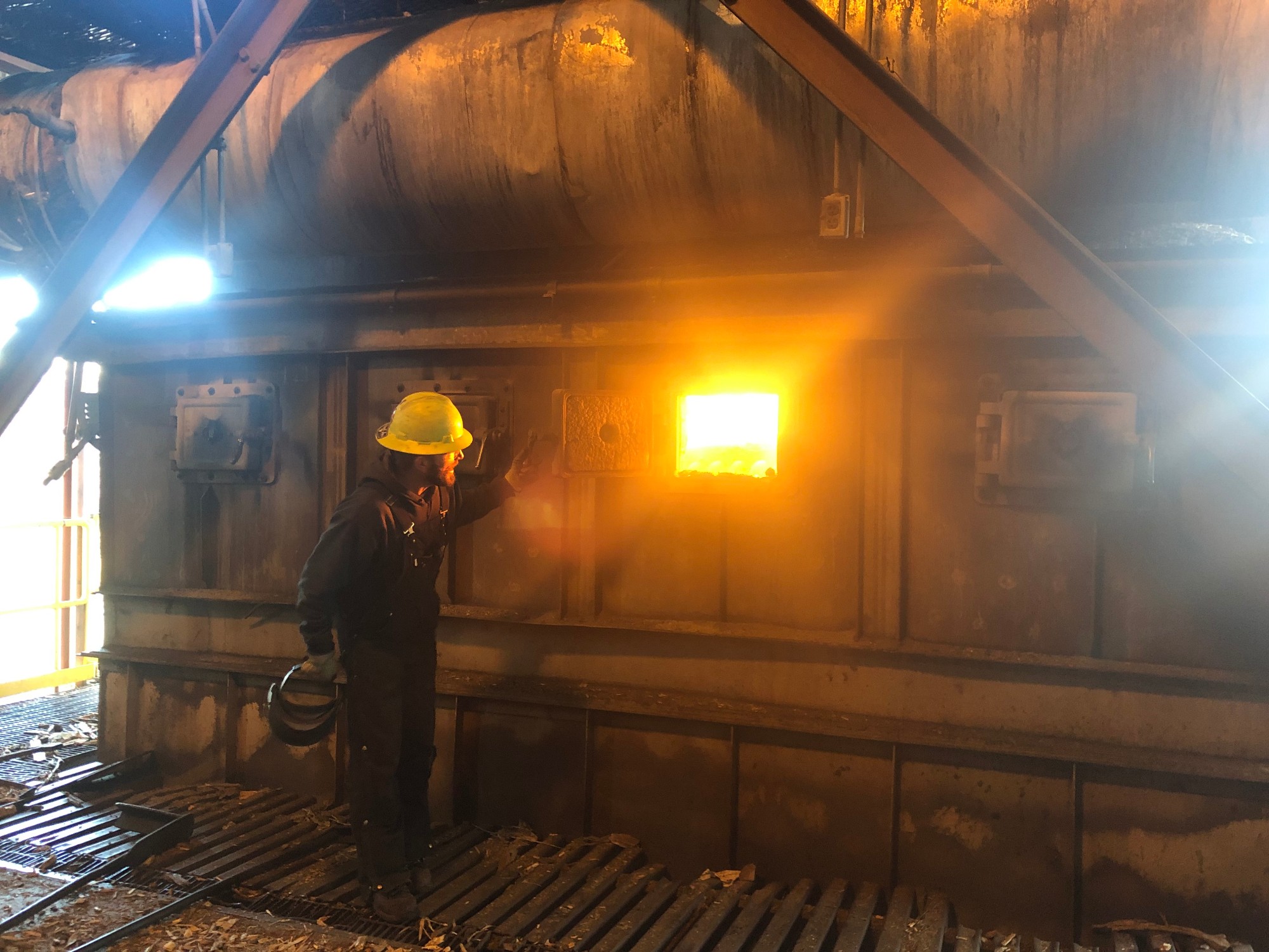 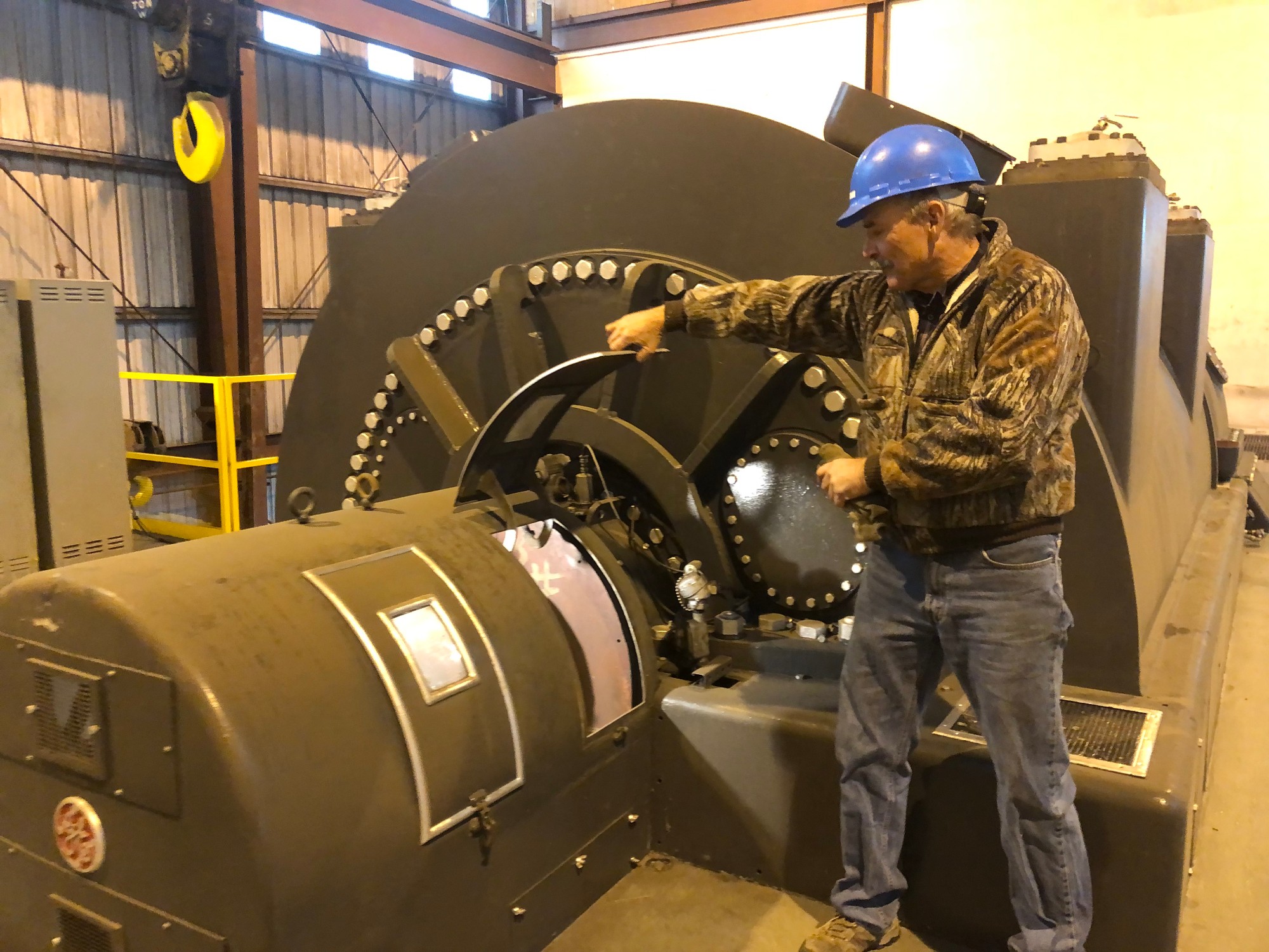 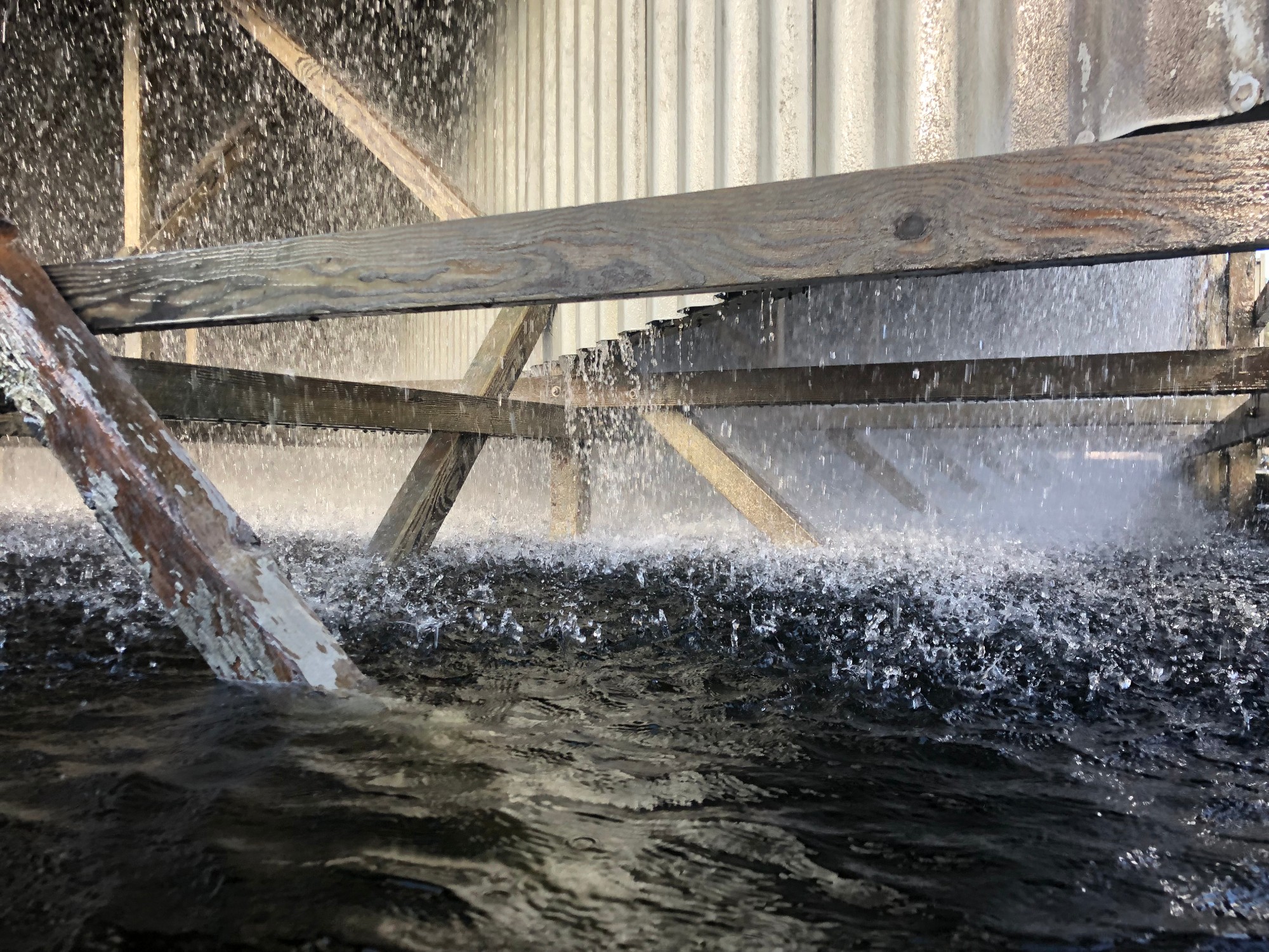 The process of biomass starts with wood. It's mulched, then fed into a boiler, which creates steam. That pressurized steam turns a turbine connected to a generator. The energy it creates is fed to the local grid and powers business and homes.
Ezra Romero / Capital Public Radio

So, to recap: The biomass process takes leftover wood from the forest and makes renewable energy — but some, including environmental groups, don’t approve, arguing that it emits too much pollution.

Kathryn Phillips is the director of Sierra Club California and worries about two things: air pollution from biomass and how these emissions impact the state’s climate goals.

“We’ve reached a ledge in the climate crisis and we need to do as much as we can to reduce combustion,” Phillips said.

“It’s sort of like one of those three-in-one scanner, copier, printers that you can buy cheap,” Picker said. “It does a lot of different things, but it doesn’t do any of them very well.” 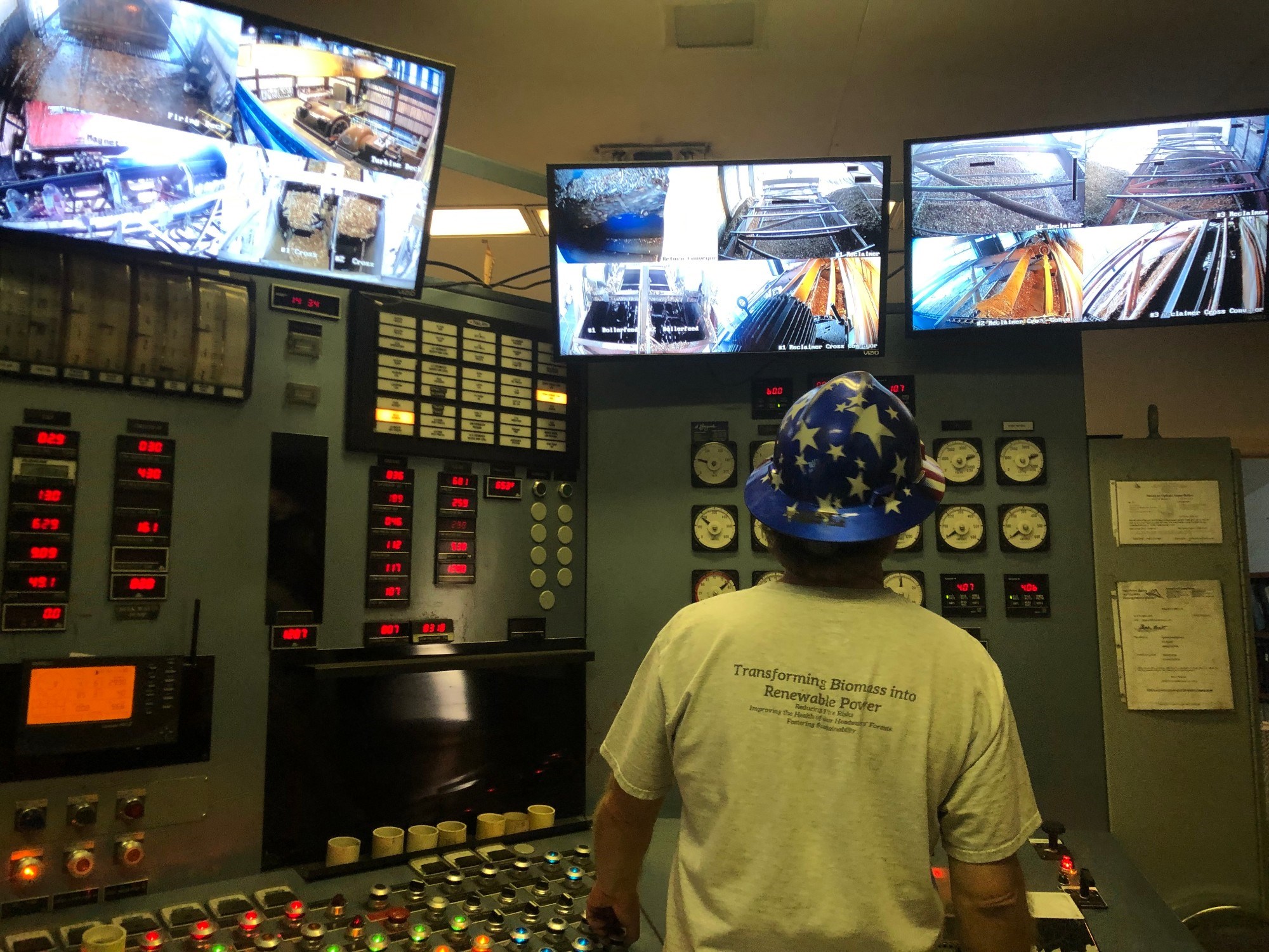 The biomass facility in Loyalton is staffed 24 hours a day, seven days a week. It takes 16,000 truckloads of woody debris to power the plant all year round.Ezra David Romero / Capital Public Radio

Biomass could be an option for energy production, he said, but as a forest clean-up tool it hasn’t been fully realized. He also thinks that places where forest-thinning and fuel reduction is most needed are sometimes the worst place to build biomass facilities.

“That’s going to be in the high sierra forests,” Picker explained. “It just doesn't make sense to build very expensive fuel mechanisms that are supposed to sell this very expensive electricity in a place where there's no demand for it.”

Turner argues his plant causes very little air pollution. “The particulate control system that we have in place now averages about 98.5 or 99 percent effective at capturing all the particulate that would normally get released when you burn,” he said.

He also says his facility has other eco-friendly features, such as recycling steam by turning “it back into water so quickly it actually makes a vacuum and makes the turbine more efficient.”

But Phillips with Sierra Club argues that the emissions from biomass are about the same as leaving the forest waste to decompose on its own. And her biggest qualm is that, she claims, biomass facilities aren’t renewable.

“It’s only renewable if every tree you burned in that biomass facility was replanted with another tree and that other tree grew to the size of the first tree in less than 60 years,” Phillips said. 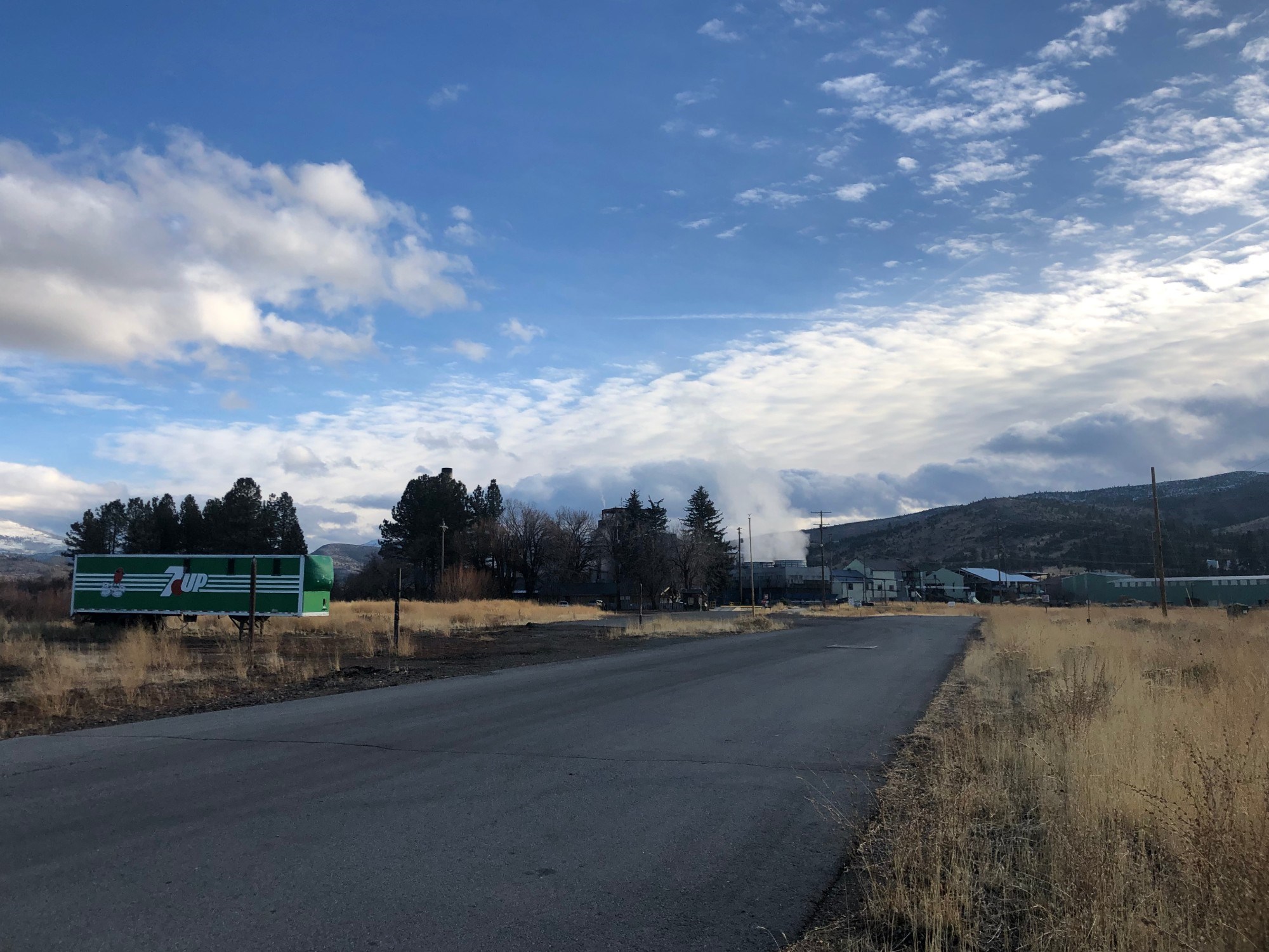 Her goal is to get California to shift to energy production that doesn't pollute. “We propose the state stop propping them up,” Phillips said. “Instead, we think investment should go into identifying ways to use these trees.”

For Turner, the job is personal. He worked at the Loyalton facility in the ’70s and says that, in just the last year, the plant’s re-opening has given the timber town a second life. For instance, he says his home has doubled in value.

“The gas station is thriving. The grocery store is thriving. We see it. If you talk to anyone here in the local community about what this plant means to Loyalton, it’s revitalized,” Turner said.

There are around 34 biomass facilities in California, but Turner says there’s enough overgrowth in the state’s forests to open more.