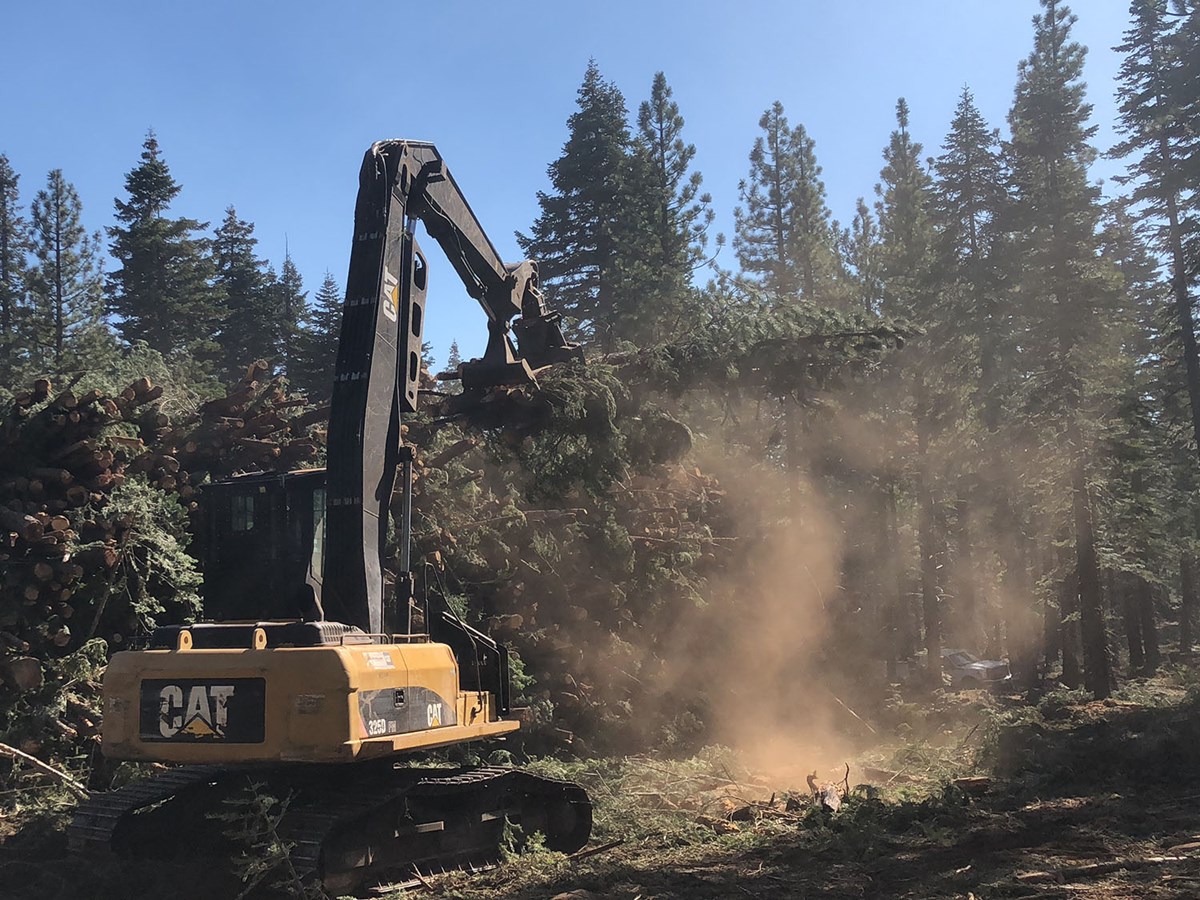 Forest thinning projects aren't just done by crews with chain saws. When they're scaled up, machines called masticators and skids sort through trees that were thinned. This is a masticator.

Deep in the Tahoe National Forest, giant machines pluck trees from the Earth, as if they were toothpicks.

Joe Flannery with the Tahoe National Forest watches these “masticators” and “skids” work, then moves as one approaches where he’s standing. “This equipment is taking the branches off of it, placing it in a pile ready to go to the mill,” he explains.

The process is called forest-thinning: a fast way to clear flammable material to prevent large-scale wildfires. And it’s important because many of California’s forests are overgrown. The combination of dense forests  plus climate change makes California prone to devastating fires.

Last month, Flannery hiked through an overgrown area not too far from Truckee. He crunched through an area full of brush and trees and he referred to it as “the symptoms of an unhealthy forest.”

It’s hard to walk through an area like this, which hasn’t been burned or thinned in decades. But across the road was a patch of forest that has experienced significant forest management, and as a result clumps of trees and fewer bushes litter the landscape.

The masticator picks up downed trees, clears their branches and cuts them. Then it puts them into piles depending on their size and destination.Ezra Romero / Capital Public Radio

Making forests safer is expensive. Look at it this way: The Tahoe National Forest is 1.3 million acres of public and private land, and $7 million was recently allocated to help manage the effects of climate change.  But that money will treat just 9,800 acres.

It breaks down to roughly $1,450 per acre, according to Kim Carr with the National Forest Foundation, which is overseeing the project. The grant comes from Cal Fire’s Forest Health Grant Program to combat climate change, and it pays for everything from paperwork and hiring to cutting trees, burning and hauling debris out.

“You can get very discouraged because the challenge is big,” Carr said of the costs to manage forests. “We have to keep the urgency around this, because no one wants to see another Paradise occur.”

She says working with foundations saves money, time and helps avoid government bureaucracy, as opposed to giving the money straight to the Forest Service.

But can California expand programs like forest-thinning and controlled burns and manage its forests on the cheap?

UC Berkeley forestry specialist Bill Stewart says yes. “There’s certain areas that it is going to cost you $700 an acre, but other acres you can treat for $50 or $100 an acre,” Stewart said. 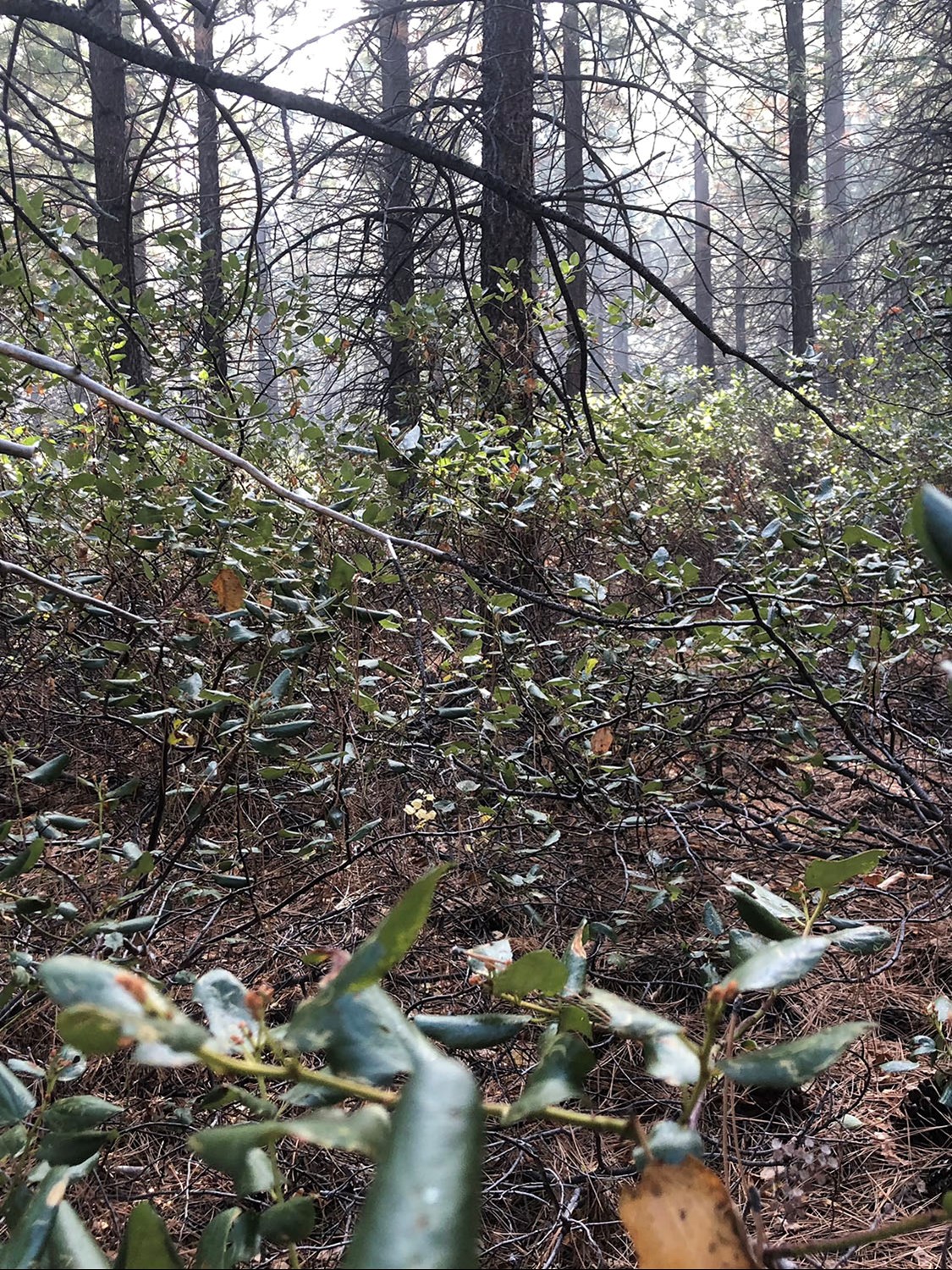 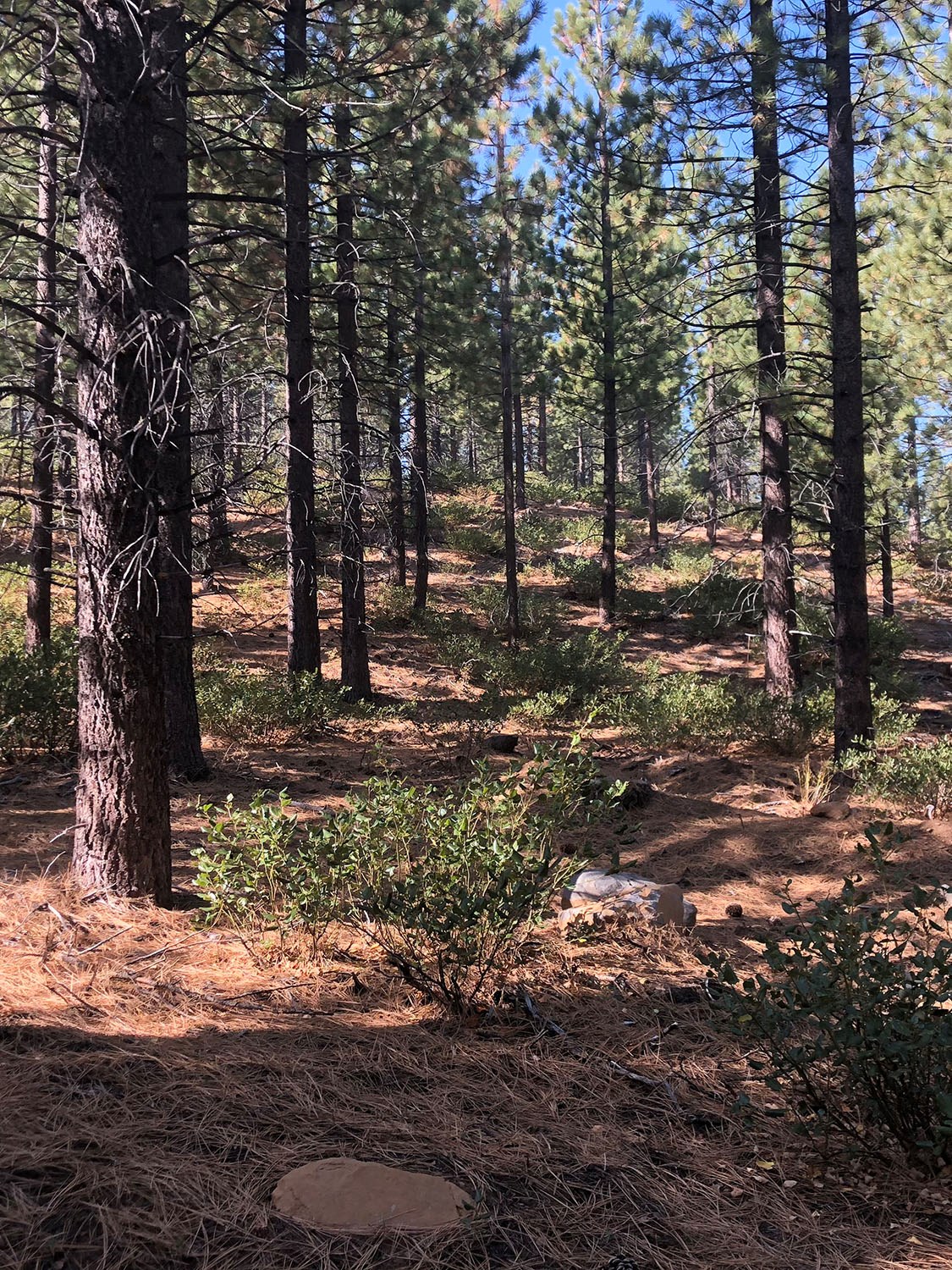 On the left is one side of a road in the forest that has not been cleared in a long time. On the right is the other side of the road, which has gone through multiple forest health treatments.Ezra Romero / Capital Public Radio

He thinks there's an even more economical way, but its controversial: using more logging as a tool to fund forest-health projects.

“If we try to do it like gardening in some of these suburban areas, it's going to cost billions upon billions upon billions,” Stewart explained of past projects and analysis. “We found we could reduce fire risk by half on 80 percent of the acres but actually break even” by embracing things such as logging.

If Stewart were a doctor and the forest was a sick patient, he’d prescribe a mix of logging, thinning, controlled burns and reforestation.

“Do we keep having two totally different ways of doing forest management or do we try to look at what are the best techniques the private sectors used and kind of meld them to the goals we have for federal land?” he asked.

That’s a question foresters like Mike Cartmill with the Tahoe National Forest are pondering, because stopping dangerous wildfires like the Camp Fire will take removing a lot trees.

“The simple thing that I notice is there’s just too many straws in the cup,” Cartmill said of the number of trees in the forest. “We have to thin it out and we have to do it in a responsible way.” 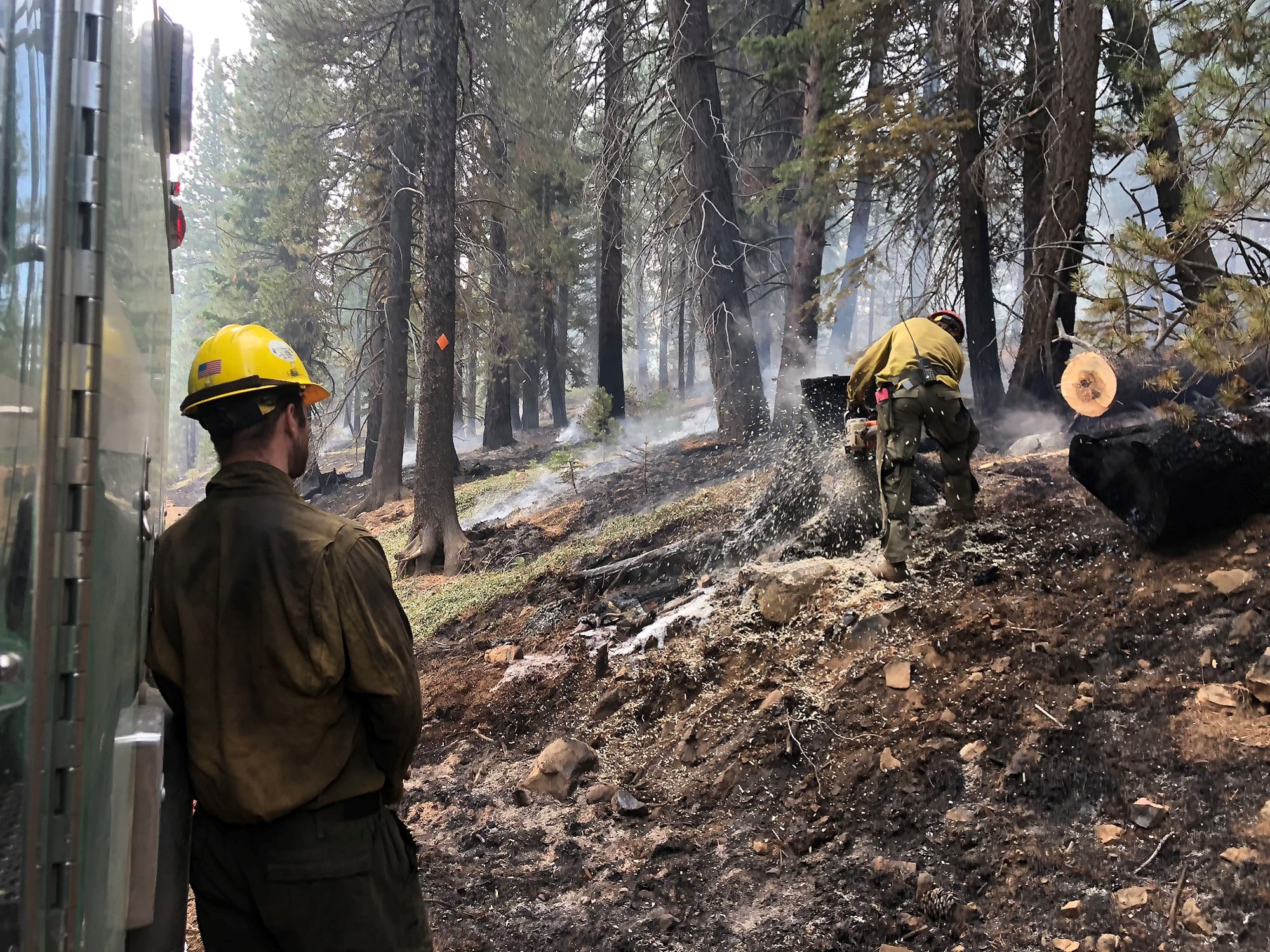 He spoke with CapRadio near Truckee, the site of a prescribed burn where  the forest is thinned and then intentionally lit on fire. Crews were cutting down hazard trees in the charred area. The goal is to make forests that look more like the ones Cartmill knew as a kid.

“I always remember the big wide trees and that feeling you get of these decadent large trees that have been on the landscape for hundreds and hundreds of years,” Cartmill recalled. “That’s what we want to get to.”

For forests to get a clean bill of health, he admits there’s a lot more work to do — and that it’s proving to be expensive, time-consuming and occasionally controversial.