“When we say 'New American Music' that’s about all these things have in common… it’s just sort of like we’re not trying to define it,” says Blumberg. “New music is inspired by different styles and traditions from all over the world. It tends to grow out of European classical music, but it’s always branching out and now we have influences of jazz and popular music and the stylistic categories are starting to blur more and more.”

Blumberg has served as the festival’s artistic director for the past two decades. While most of the concerts during the 10-day festival are at Sac State, there are also several outreach concerts during the festival's run. The New York chamber ensemble Eight Strings and a Whistle performed at Cosumnes River College on Wednesday. The group is an unusual combination of cello, viola, and flute. While steeped in the tradition of the Classical, Baroque and Romantic periods, their focus tends to be on recently composed or newly-commissioned works.

“There was a point where Beethoven was new music too," says the group's cellist Matthew Goeke. "It’s easy to forget that because the time span has been so long."

As for gaining an appreciation for what we today call "new music," Goeke says this: "It’s getting used to all this new, expanded vocabulary of building on things that have already been there. So if you’re coming to [this] music [saying] ‘there’s no melody.’  Yeah, there is. It’s just that you have to listen to find it. And once you listen to find it - then you see how beautiful those melodies are.”

Blumberg reiterates Goeke’s point. “If you’re open to it, I think you can find things that are striking and unusual but not off-putting. And even if something is off-putting initially you might just say, you know, yeah, be brave and listen to it and you’ll start to hear a new kind of beauty.”

Ina Litera, the violist in Eight Strings and a Whistle says that playing new music stretches her as a player.

“I feel like with new music composers are also pushing the boundaries of what our instruments can do,” Litera explains. “And while that can be aggravating or difficult, it is exciting to be there. Like what more can I do now that, you know, Bach wouldn’t have expected.”

“One of the best parts to me about doing music being written now is that we often collaborate with composers," says flutist Suzanne Gilchrest. "That’s really exciting to me. You feel like you’re creating something together.”

After 19 years of bringing new music composers and performers from around the country to Sacramento, Stephen Blumberg is stepping down after this year's festival. He says one of the most important aspects of his job over the years has been to make this music available to everyone.

“I’ve tried to just keep this mission alive,” he reflects. “We’ve been advised at different times, you know, ‘why don’t you sell tickets?’ Well no, in the mission statement it says we want to bring this music to the Sacramento community free of charge. And we’ve managed to do that.”

The Festival of New American Music continues through this weekend at Sac State. Renowned composer Terry Riley will be featured with his son Gyan on Sunday, November 11th. For more information about the festival and other concerts happening throughout our region, check out CapRadio's Guide to Upcoming Concerts .

Or visit the FeNam site. 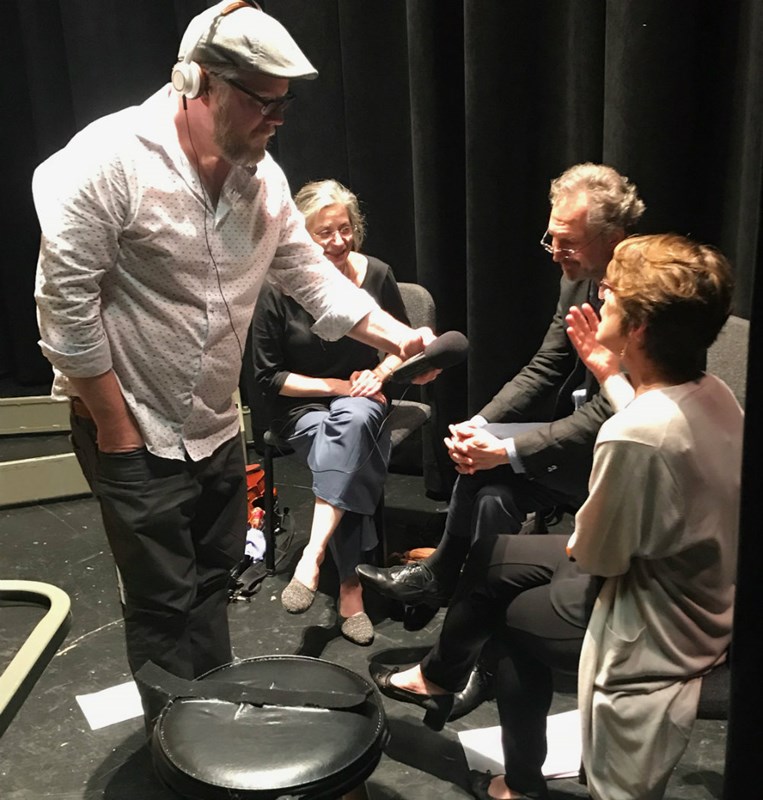 Kevin Doherty with the members of Eight Strings and a Whistle