Patricia Brooks said it was sexual harassment when she was taking a call as a 911 dispatcher in San Mateo and a colleague reached his hand inside her bra and fondled her breast. The courts disagreed in 2000, saying it wasn’t sexual harassment because the single incident didn’t amount to a “severe or pervasive” problem—the legal standard necessary in a civil suit.

That decision led to a long-standing legal interpretation that critics say has allowed harassers “one free grope.” But not anymore.

A bill Gov. Jerry Brown signed over the weekend rejects that interpretation, clarifying that a single incident of harassment can be enough to meet the legal standard. In other words, starting January 1, California law essentially says: “Actually, no free gropes.”

It’s one of the more tangible changes Californians can expect from a suite of bills Brown signed that were inspired by the #MeToo movement, which erupted last year after the New York Times exposed abuse by film producer Harvey Weinstein in coverage that eventually grew into global demands for change. In California, lawmakers introduced more than two dozen bills to combat workplace misconduct and hold offenders accountable.

Brown finished acting on them Sunday, the constitutional deadline for him to sign or veto bills for the year and the final opportunity for him to make laws as he nears the end of his historic four terms as governor. Brown’s decisions on the #MeToo bills reveal his penchant for, as he once famously described it, paddling a little on the left and a little on the right.

He sided with victims’ advocates in some cases, signing bills that put California at the forefront of clamping down on harassment. In other cases he sided with employers, vetoing bills they said were too onerous.

“While there was definitely some great progress on the bills he did sign, we have a long way to go on preventing sexual harassment, especially on the particular challenges that low-wage workers face,” said Jessica Stender, a lawyer with Equal Rights Advocates, a sponsor of some of the bills, including the one providing guidance on the legal standard for harassment suits.

On the flip side, business interests concerned about litigation abuse said the lower standard will amount to a huge expansion of liability for them.

“It is going to significantly increase litigation,” predicted Caitlin Colman, a lobbyist for the Civil Justice Association of California. “It does not apply to just sexual harassment, it applies to all harassment claims.”

Samantha Corbin, a lobbyist who wrote an open letter last year decrying a culture of harassment in California’s political scene that was signed by hundreds of women, said she was disappointed but not surprised by Brown’s vetoes. Her advocacy group, called We Said Enough, lobbied for 13 anti-harassment bills this year. The governor signed eight and vetoed five.

“This governor has always strived for balance, particularly when you’re looking at contentious issues in the national spotlight,” Corbin said. “It’s very rare for him to go all in on one side.”

Brown signed bills that will:

He vetoed bills that sought to:

“Employees who have experienced harassment or discrimination in the workplace should have every opportunity to have their complaints investigated,” Brown wrote in his veto of Assembly Bill 1870 to extend the amount of time victims have to complain.

“I believe, however, that the current filing deadline—which has been in place since 1963—not only encourages prompt resolution while memories and evidence are fresh, but also ensures that unwelcome behavior is promptly reported and halted.”

Some advocates complained that the bills Brown signed will largely help women working in professional settings, while those he vetoed were aimed at helping low-wage workers such as janitors, maids, waitresses and sales clerks.

“It seems the #MeToo protections won’t extend to women who don’t have a certain standing, access to attorneys or a level of existing power,” Democratic Assemblywoman Lorena Gonzalez Fletcher wrote on Facebook the night Brown vetoed several of her bills, including the one to ban mandatory arbitration, a practice more than half the nation’s nonunion private-sector workers are subject to.

“It’s pretty hard to celebrate the gains for women who have the same educational and access advantages as I do, while denying any gains for women like my mom and grandmother who never had those opportunities. You shouldn’t need a [T]witter account or an attorney to not be abused in your workplace. And some day, you won’t need either... we don’t give up that easy.”

Brown’s veto said her anti-arbitration bill violates federal law. The California Chamber of Commerce had deemed it a “job killer,” saying it could burden businesses with an avalanche of lawsuits. Arbitration agreements “expedite the resolution of claims in a less costly environment than sending all claims through an overburdened court system,” the Chamber said in a statement.

The fight is certain to continue next year, after Californians choose a new governor. And Gonzalez Fletcher may have a critical ally in her corner. One person who lobbied for her anti-arbitration bill this year was feminist filmmaker Jennifer Siebel Newsom. She, of course, is married to Lt. Gov. Gavin Newsom, the front-runner in the race for governor.


CALmatters.org is a nonprofit, nonpartisan media venture explaining California’s policies and politics.
Follow us for more stories like this 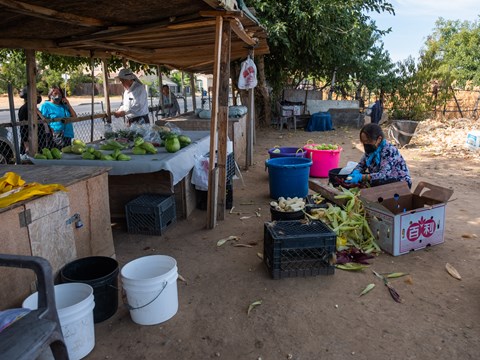