California's Farmers Are Struggling To Find Workers. Can Machines Help?

Ranch owner Bardin Bengard looks out at his workers picking and packing broccoli on his Salinas Valley Farm. He grows other crops, too, like lettuce, celery and cauliflower, which require different levels of care but have one thing in common: They must be picked by hand.

And Bengard can’t find enough people to do the job.

“These crews should be full,” Bengard says. He wanted 28 or 30 people working, but on this day he only has half as many as he needs.

That’s common: The California Farm Bureau Federation conducted an industry survey last year and found that a majority of the farmers said they were experiencing labor shortages.

Mark Villanueva works for Bengard and has been in agriculture for nearly 40 years. He says the labor shortage is getting worse. That’s because new generations — immigrant or not — aren’t interested in agriculture work.

“They don't want to do this,” Villanueva said. “It's pretty tough work. And that's the bottom line.”

Villanueva brought his son to work in the fields. “It was a good experience for him because this told him, ‘Man I've got to get serious about going to college. I’d rather be behind a computer than behind a knife.’”

It wasn’t always this hard for farmers to find workers. In fact, back in the late 1960s, immigrant farmworkers were the ones who were desperate to find jobs. 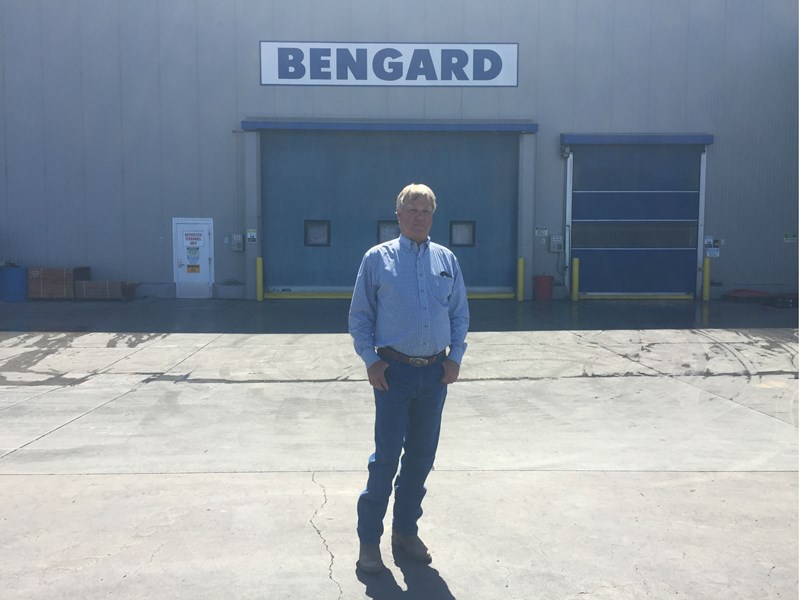 The Bracero program, which brought Mexicans to work in U.S. fields, had ended. This was followed by sharp wage increases and unionization. And right around the same time, two UC Davis researchers invented the mechanical tomato harvester.

But only large growers could afford this new machine. Which meant many small tomato growers went out of business.

And then, a lawsuit. It was filed by a legal aid group in 1979 on behalf of nearly 20 farmworkers, and it alleged UC Davis used public funds to build machines that put thousands of farmers out of work.

The lawsuit also accused six UC regents and at least two other officials of personally benefiting from the development of the harvester, including Regent William Smith, a friend and then-attorney of former President Ronald Reagan. President Jimmy Carter supported the laborers’ fight.

But farming jobs in California continued to shrink.

The university ended up winning the lawsuit after a 10-year legal battle. But the conflict forever changed what it meant to work on a farm.

“Young ag engineers and plant scientists quickly realized if they worked on labor-saving mechanization it was not going to help their career,” said Philip Martin, professor of agricultural economics at UC Davis. “It’s going to be controversial. So, they moved on to other things.”

Back on Bengard’s farm in Salinas, it would take too large of an investment by researchers, growers and the government to fully replace workers with machines.

And, frankly, Bengard’s OK with that for now.

“The hand-eye thing is the biggest challenge in our business. And scary to me if I think we can replace that. I'm not ready for that. I'm just too old school, I think.”

In the meantime, he’s trying his best by incentivizing his current workers with higher pay and trying to find new ones through a guest visa program.