This spring, I met Lonnie Couk in Yosemite Valley at a memorial for a famous rock climber. He told me that his people — the Ahwahneechee — believe their ancestors still reside here. Lonnie even asks them for permission before he ascends cliffs like El Capitan.

“I still say thank you at the end of the day,” he said.

But some days Lonnie says he feels like his ancestors say, “No, not today.”

Not too far from where I met Lonnie, I came across his mom, Lucy Parker, and grandmother, Julia Parker, at Ahwahnee Meadow — with Yosemite Falls, Half Dome and Glacier Point towering above. We gathered willow branches that they’ll use for structuring a basket.

But first, they sang a song asking the ancestors to bless the gathering. 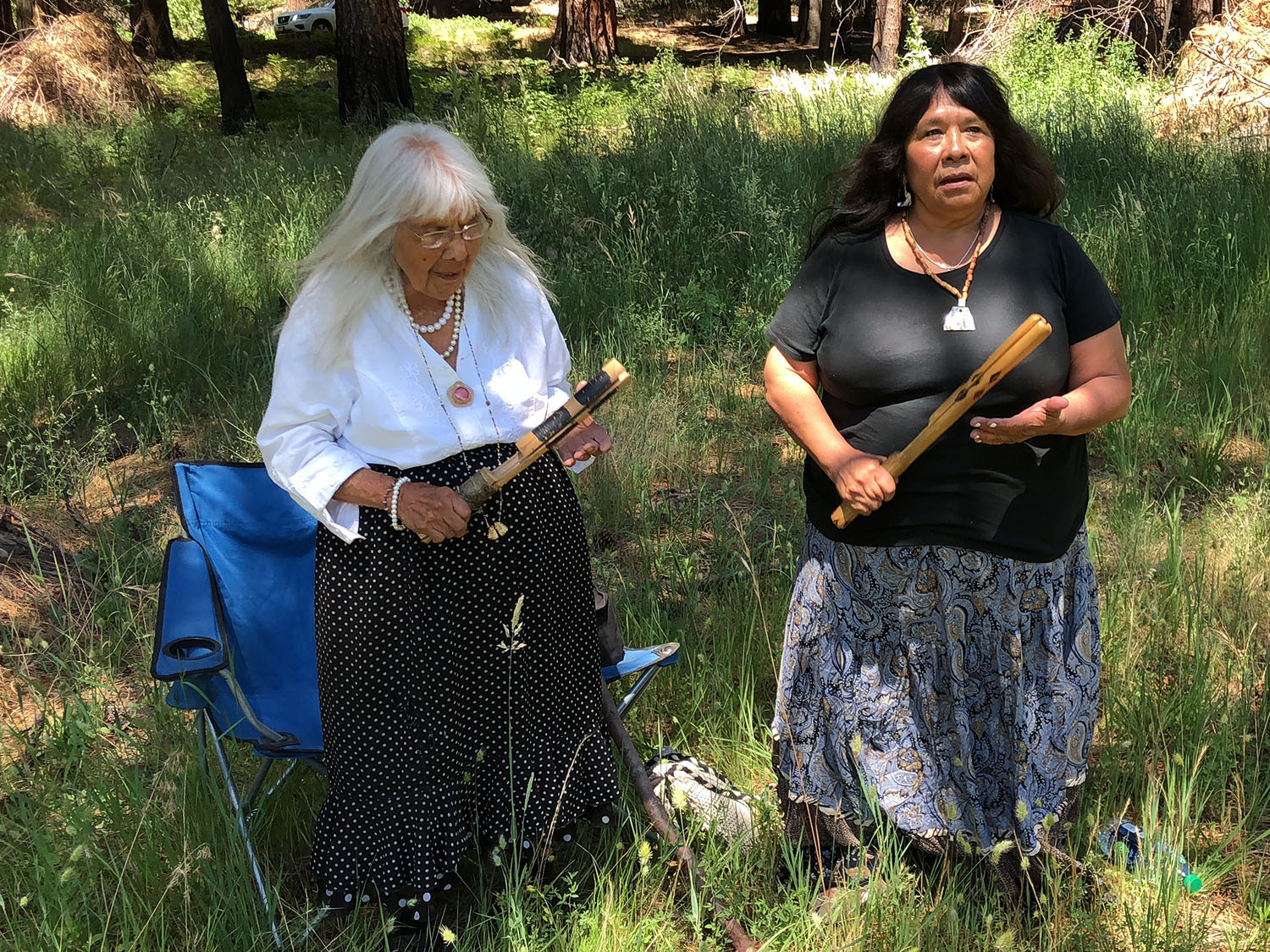 Julia’s not originally from Yosemite. She’s Native American, but she was orphaned, and later accepted by the people here. Julia says that, in many ways, Yosemite gave her a second chance.

“I always considered Yosemite Valley a mother to me because I never had a mother,” Julia said. “When I came in here, it protected me from everything from the outside.”

Today, seven tribes are connected to the region. And for this mother-daughter duo, weaving baskets keeps them tied to their heritage.

But the legacy of Native Americans in Yosemite is fraught with violence and oppression, even though they lived here for hundreds of years. 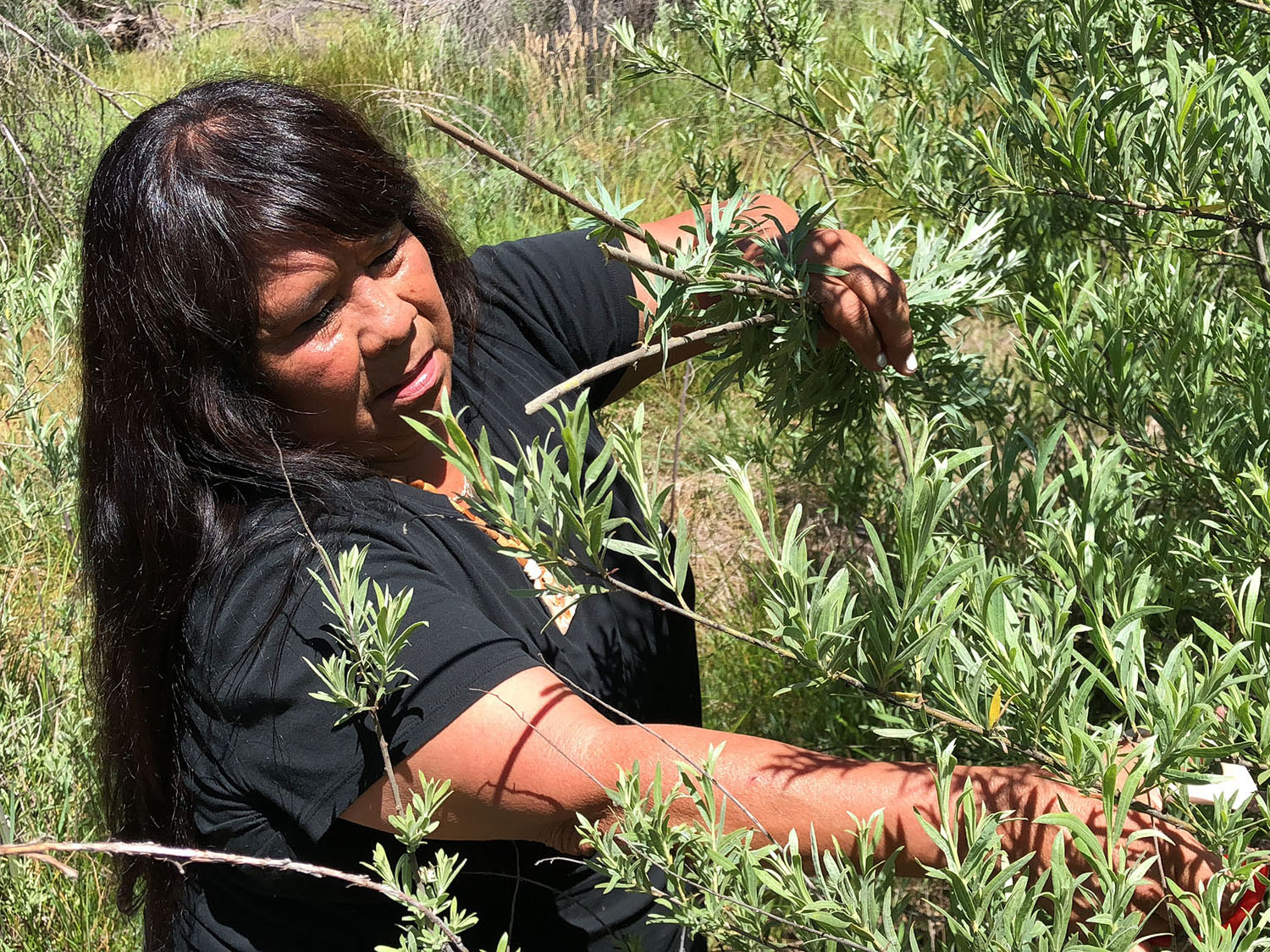 In the mid-1800s, soldiers hunted Native Americans and burned their villages. Eventually, some made their way back to Yosemite, working service jobs.

But many felt like they weren’t welcome. That was made clear to Julia, she says, when the Park Service destroyed the village in the ’60s.

Her daughter, Lucy, remembers what that time was like: “The Park Service came down and they burned the houses down. “Nobody said anything. Nobody stood up because it was feared for your jobs you know, you worked for the Park Service.”

The family was relocated to a home nearby with better accommodations; it had multiple rooms and a bathroom. But it just wasn’t what they were used to. The village was a community where their culture was dominant.

Nearly a half a century later, the village is coming back to life. 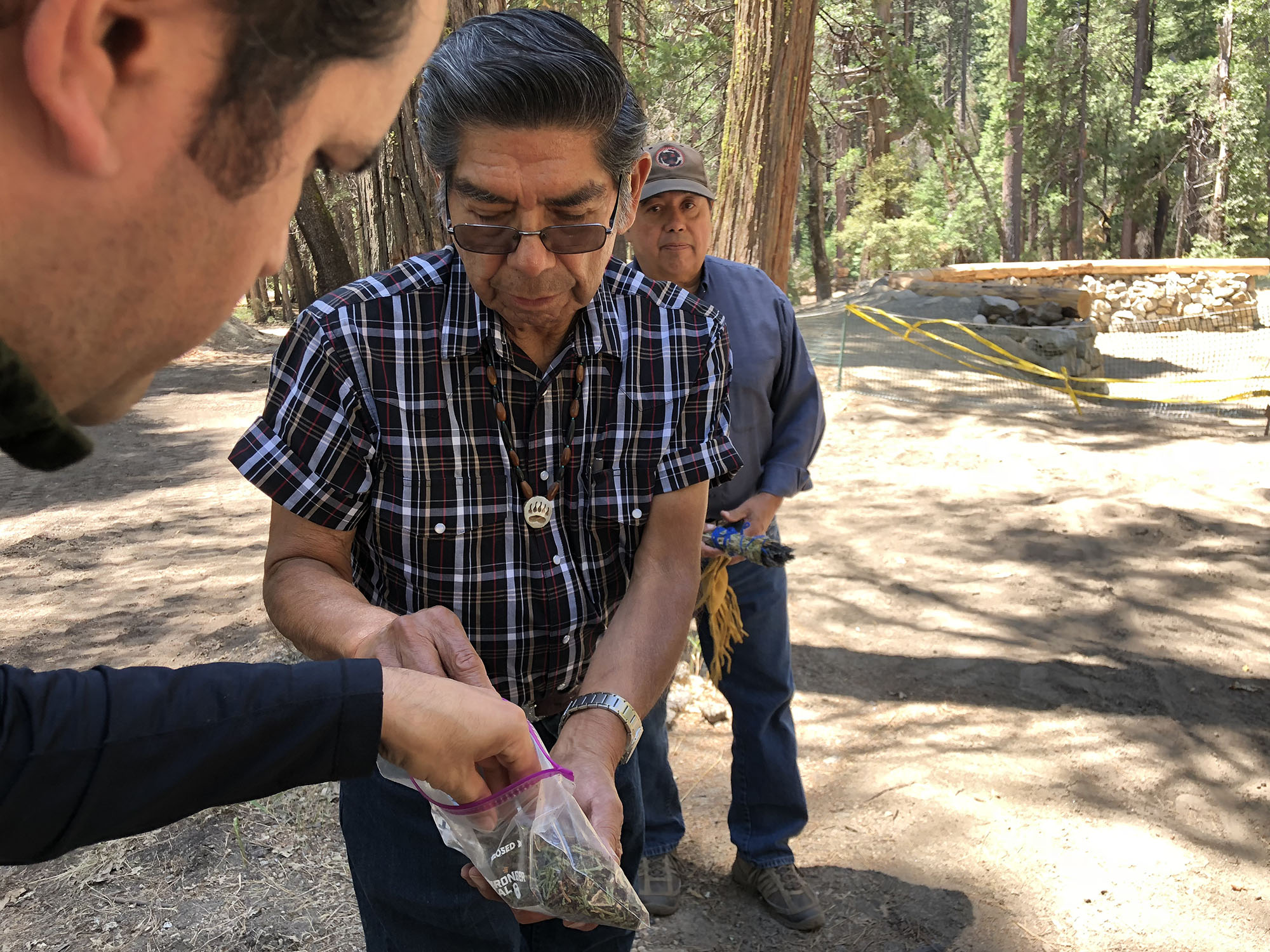 Tony Brochini and Les James lead a blessing ritual before entering the site of a new roundhouse at a Native American village being built in the park.  Ezra David Romero / Capital Public Radio

I recently met three Ahwahneechee elders in the same Native American village that was destroyed near Yosemite Lodge.

Tony Brochini lit a handful of sage as soon as I arrived. He waved it around me and said, “What this does is cleanse your aura.”

This village is called Wahhoga, and it simply means “village” in Miwok.

The elders asked for their village back in 1977. Les James is one of them, and he said, “it was just silence there for about 30 seconds” after they made the demand.

”No one's ever asked anything like that with the Parks Service. Especially native people from this area,” James said.

After four decades, the tribe signed a 30 year agreement with the park service to develop the village earlier this year.

“This is going to be ours,” James said. “We won't have to ask permission to use it. This whole village. Our dream is someday to own this, own this land.”

The village will have 15 bark teepees, representing the 15 cabins that were once on the site. There will also be a community center and a spiritual gathering place called a round house. The entire village will take about five years to build.

You can listen to the YosemiteLand podcast here, or subscribe on Apple Podcasts here. 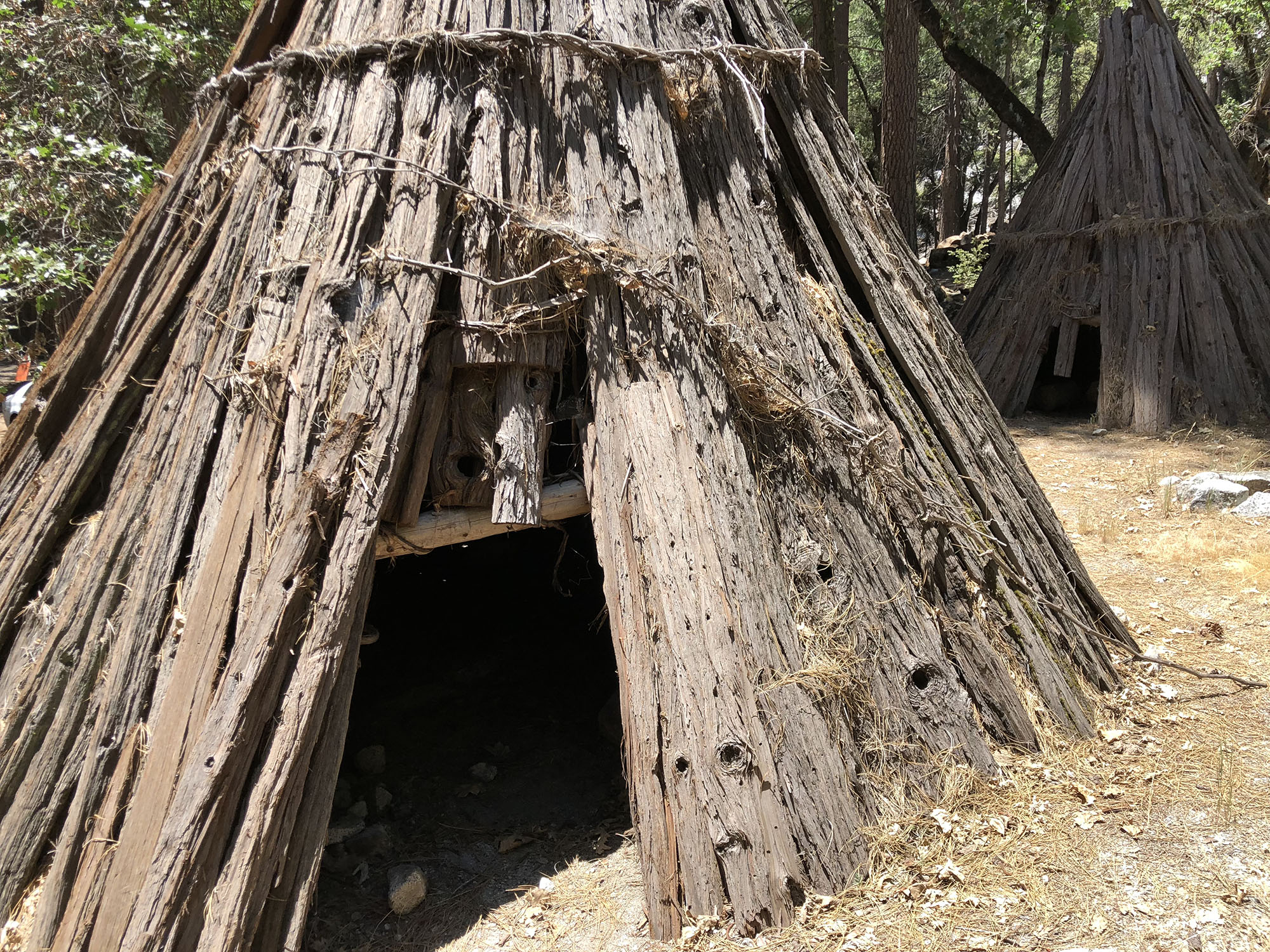 When the village is fully constructed teepees like this one will represent the cabins that the park service destroyed at the original village in 1969. The teepees are watertight and made of bark and grapevines. Ezra David Romero / Capital Public Radio
Follow us for more stories like this

Sierra Nevada Reels As Flames And Smoke Drive Visitors Away

After Initial ‘No’ Vote, Plan For Light Rail From Sacramento to West Sacramento Moves Ahead