Robin Sloan pokes fun at Silicon Valley’s robots and flavorless protein drinks in his second book, "Sourdough." It’s the perfect title for a book about various cultures in and around the Bay Area. And there are plenty of them: food culture, Saturday morning market culture, technology culture, and, of course, sourdough bread culture.

The book is about a young programmer named Lois who moves to California to work for a robotics company. She winds up becoming a part of the underground food world in San Francisco. When she starts using a robotic arm to help her make bread, it does make one wonder how far is too far when it comes to technology. Sloan joined CapRadio's Donna Apidone to discuss his fascination with technology.

You fit a robot into "Sourdough." Not a whole robot, just an arm. There’s a whole part that has to do with the fact that a robot can’t crack an egg. How important is that?

The reason people want robots to be able to crack eggs is that means that [task] can now belong to that world of repetition and copying. But the reason maybe some folks are not interested in having a robot arm crack their eggs is that they don’t mind cracking their eggs every morning, or baking their bread. And I think that’s delicious actually; that tension between the scale, the ease, and the leverage of code and technology, and then this other world [in which] the point is to do it again, and do it again, and do it again yourself, as a human.

You managed a line that has just taken on a life of its own and you managed it on Page 5. It just seems to stop people in their tracks. People of a certain age are talking about this one sentence: “Here's a thing I believe about people my age: we are the children of Hogwarts and more than anything we just want to be sorted.” Let’s talk about that.

You know, honestly the thing that has been amazing — and this is very different even in the four or five years since my first novel came out — the way that books kind of travel around the Internet has changed quite a bit. And in particular, you can think of Facebook, Instagram, Twitter [as] kind of operating on little social objects. That's what they want.

Books that can offer little bits, little isolatable chunks that can then flow without context through these networks, tend to do very well. There's a totally cynical way of thinking about that which is that you could engineer your novel to be full of these pithy little remarks. But actually it's more fun and I think more interesting to just write a novel as best you can and then see after the fact what pops out.

That's such a passive line, that they "want to be sorted" and not sort things out themselves.

Yeah, I think it's true though. Actually I think you could substitute in almost any generation in that line, or any group of people, or just people generally. I think that was part of the powerful appeal of that story. And if folks don't know, it's a reference to the “Harry Potter” books. Early on in the very first “Harry Potter” book, young Harry encounters this artifact at the wizard school called the Sorting Hat, which does the most amazing thing: it tells you where you belong. And it tells you who your tribe is. And I think there's something just deeply compelling about that for anyone, everyone, of any age.

Have you been sorted?

Have I been sorted … well, yeah. I think my “Sorting Hat” wasn’t quite as neat as, you know, the magical top hat. Honestly, I think it was the public library. I think when I walked into the public library, however many years ago that was, in Troy, Michigan, where I grew up, I was like, "Oh yes, I understand now. This is where I belong." [Laughs] 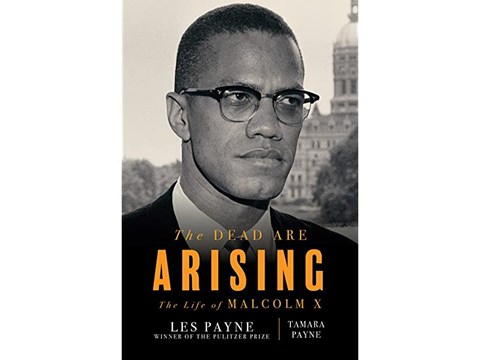