Veteran Bandleader David Hardiman On Duke, Dancing And Calls To The Post 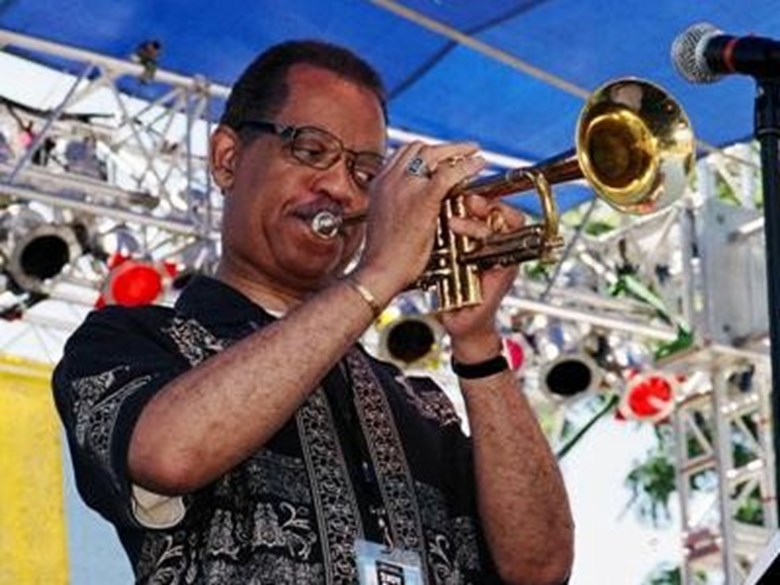 Veteran Bay Area jazz trumpeter David Hardiman is bringing his 18-piece big band to Sacramento for a concert celebrating Duke Ellington, one of America's greatest and most prolific composers, not to mention one of the country's most popular bandleaders.

Ellington wrote over a thousand compositions, including “Mood Indigo,” “Black and Tan Fantasy,” and “It Don’t Mean A Thing If It Ain’t Got that Swing.”

“He was kind of ahead of his times," explains Hardiman. "His writing sounded more modern, even during the '30s and '40s."

“The music of Duke Ellington, as well as other orchestras, that was a part of the whole scene before bebop got started, they were in the dance halls,” he says.

Dr. David Hardiman has led bands for four decades and taught at San Francisco City College for 30 of those years. But since 1995, it’s his weekend work that has reached his largest and most unlikely audience.

Every Saturday and Sunday Hardiman serves as the bugler for Golden Gate Fields. He was first hired at Bay Meadows race track before it closed. Hardiman says he was recommended for the job by the Musicians Union Local.

That was 23 years ago. Hardiman has kept the gig ever since. It's steady work in a profession that doesn't have a lot of it. As for sneaking in some jazz at the track, Hardiman says he tailors his offerings to his audience.

"I play a song that people would recognize. 'Star Wars' themes, 'Rocky' themes. My big hit is 'Tequila.' That's the one that people can yell out and that's definitely my hook. Love that song."

"Tequila" likely won't be on the set list when the David Hardiman Big Band and Denise Perrier perform tonight (Monday, May 21) at the Masonic Temple, presented by the Sacramento Jazz Cooperative. But you can expect to hear lots of Duke Ellington. And Hardiman says bring your dance shoes if you've got 'em!