Ste’Vante Clark has seemed consumed by grief since the March 18 shooting of his younger brother Stephon Clark. At the funeral, he took the microphone and led the crowd in a fierce chant of his brother’s name. When his rage subsided, he became anxious and fidgety.

Sonia Lewis said her cousin Ste’Vante Clark recently checked himself into a local mental health facility for a few days. She said he’s out now and doing well.

“He recognizes that there is mental instability that he’s experiencing,” she said. “I think he made an extremely courageous move in seeking help and not taking it upon himself to self-medicate.”

“Ste’Vante is suffering from post-traumatic stress disorder,” she said while standing on a stage in front of the crowd. 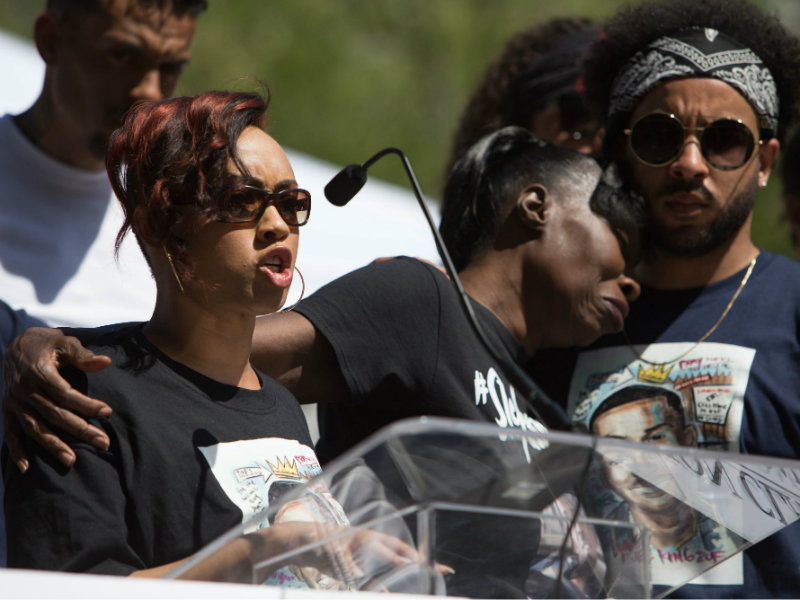 Land said the shooting has devastated loved ones — and not just because of the recent loss, but also because of the years of trauma leading up to it.

Stephon Clark is the second son in that family lost to gun violence. He and Ste’Vante Clark’s older brother De’Markus McKinnie died in 2006 at age 16.

“What you see is not rare,” Land said. “Every single day, there is a child that looks just like Ste’Vante, who is running around here, who looks half crazy to the world, but you don’t know the damage that’s done inside.”

She continued: “We are living in communities that are like war zones. … Where are the mental health professionals in our community?”

Experts say people who live in neighborhoods impacted by violence often cope with “toxic stress,” due to the constant feeling of being threatened.

Flojaune Cofer, an epidemiologist with Davis-area nonprofit Public Health Advocates, studies trauma and the brain. She said safety is as essential to health as food and water. Without it, the brain shifts into “fight or flight” mode: Cortisol levels rise, heart rates increase, and defensive strategies go full-throttle while other functions, like memory and processing, take a backseat.

This can be helpful when the body’s reacting to an immediate danger, such as “if there’s a bear attack, or some limited stressor in your life,” Cofer said.

“The problem is when that bear follows you home every day and doesn’t go away, and there’s never a remedy for the stress,” she added.

But Cofer said that toxic stress can ultimately lead to problems like aggression, withdrawal and substance abuse. She said the grief and rage Sacramento has seen in the wake of Stephon Clark’s death last month should be treated as a public health crisis.

“When we have any kind of hurricane or earthquake, we have emergency response teams that provide additional resources. And we don’t do that for community traumas,” Cofer said.

She explained that people need a safe space away from the chaos to talk about their emotions. But in Stephon Clark’s Meadowview neighborhood and places like it, those calm spaces are hard to find.

Valley Hi resident Anthony Newbolt said he worries his young daughter is exposed to too much on the streets.

This is one of the reasons people have been pushing for neighborhood centers and other resources in the wake of Stephon Clark’s death.

Ste’Vante Clark has pleaded directly to Mayor Darrell Steinberg. At a recent Sacramento City Council meeting, Ste’Vante Clark took a running leap onto the mayor’s desk —- a move that eventually led the council to call off the forum due to safety concerns. 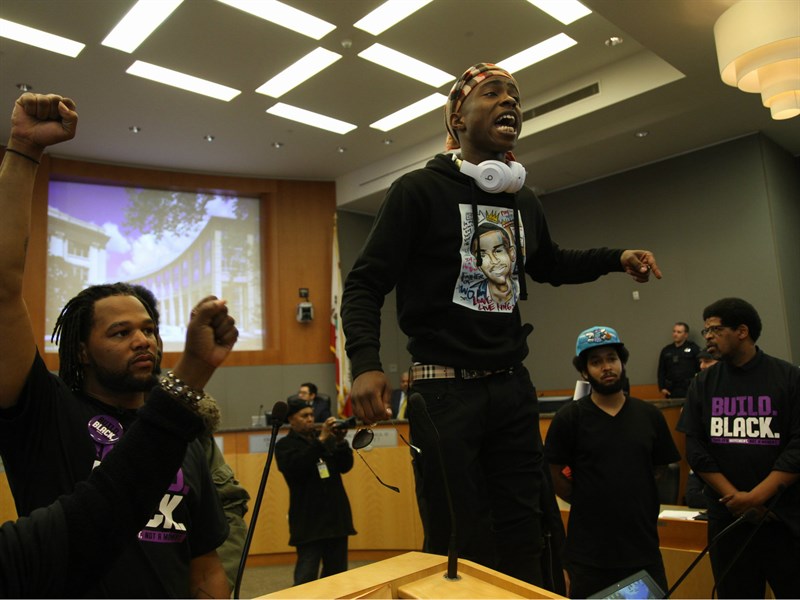 The mayor says Stephon Clark’s death is “another opportunity in a series of opportunities”’ to make public health a priority.

“Of course they live with greater trauma, with greater rates of depression, because you cannot separate psychology from the state of your life in poverty,” Steinberg said.

He added that the solution could involve hiring providers, opening clinics and doing culturally specific outreach.

“We need to get together with our county, our school district and our leadership to see how we can direct as much of that money as possible not only to Meadowview, but to other communities similarly affected,” the mayor said.

For now, though, the Clark family says they’re just trying to grieve and heal as peacefully as they can.