Thousands of California Democrats are converging on San Diego this weekend for the state party’s annual convention. Their eyes are on the 2018 election — but they're also hoping to move beyond sexual harassment scandals plaguing the Capitol.

Tony Mendoza, who resigned from his state Senate seat on Thursday to avoid expulsion or suspension, plans to attend. He’s hoping to regain his old seat in this year’s election.

Melody Niv and Bella Aguilar lead a California Young Democrats chapter at a San Fernando Valley community college. They said they were “ashamed” to learn of the allegations against now-former Assemblyman Matt Dababneh, who had spoken at their chapter. But they’re not afraid to attend the convention. 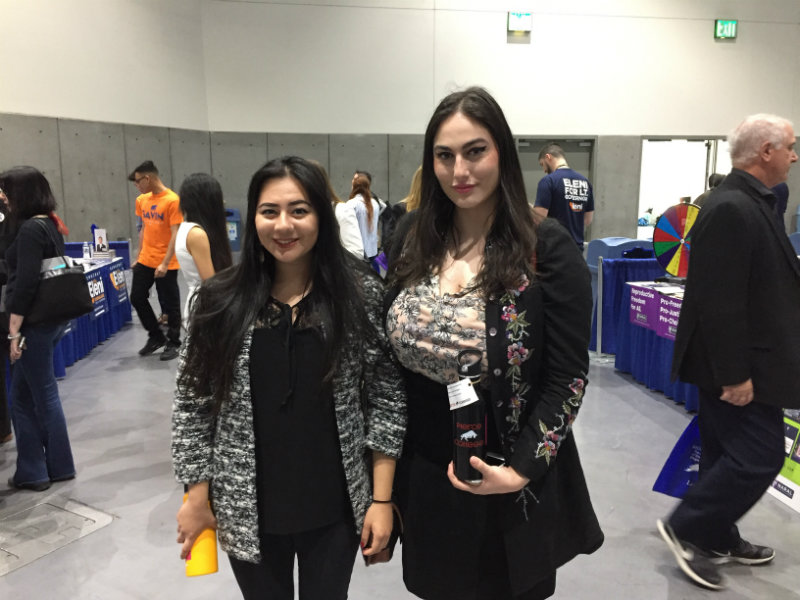 “I know there’s been a lot of drama and a lot of just nefarious activity regarding sexual harassment. But I’m not really in fear or anything because I have faith in the people that are now involved,” Niv said.

The state party says security will be more visible — and it’s set up a 24-hour hotline for anyone who feels threatened.

Others are hoping to shake up the party with progressive ideas. 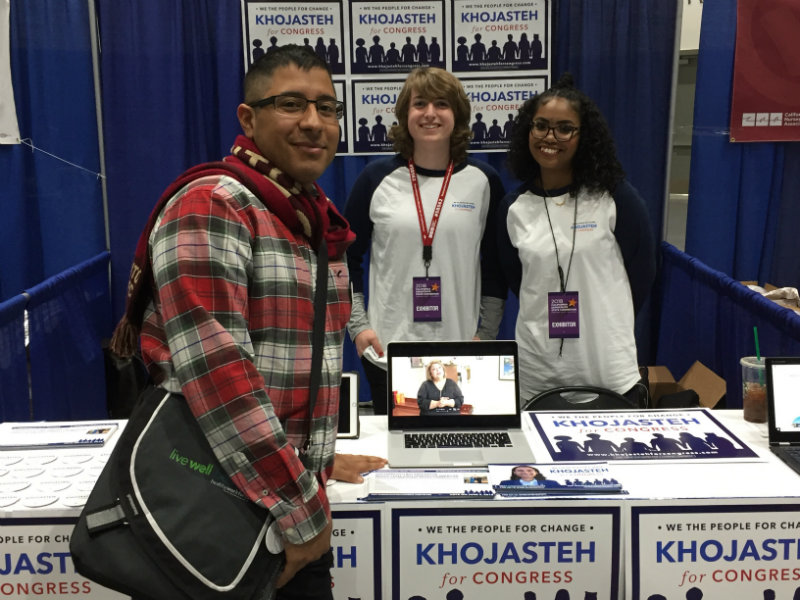 Victor Monjaras came down from Newcastle, in the Sierra foothills. He’s a college student volunteering for one of the congressional candidates seeking to defeat Republican Tom McClintock. Ben Adler / Capital Public Radio

Victor Monjaras came down from Newcastle, in the Sierra foothills. He’s a college student volunteering for one of the congressional candidates seeking to defeat Republican Rep. Tom McClintock. But he’s also hoping to elect more progressive Democrats.

“We want to call it the shake-ups because that’s more positive. That gets more people involved.”

Update on Sunday, February 26:  It was a rocky weekend for California Democrats on the Me Too front.

Tony Mendoza, who resigned his state Senate seat last week after an investigation found he “more likely than not” sexually harassed six women, sought the state party’s endorsement to run for that same seat this year. But delegates in his district voted him down.

Meanwhile, party officials tried to persuade Assemblywoman Cristina Garcia to withdraw her endorsement request because she’s under investigation for sexual misconduct. But she refused, and under party rules, her endorsement was approved.

Party chairman Eric Bauman acknowledged the “elephant in the room” but said the party will work to address the issue.

Ben Adler is at the convention all weekend. You can follow him on Twitter at @AdlerBen and our coverage at CapRadio.org.