"A Midsummer Night’s Dream" At The Davis Shakespeare Festival

Autumn is in the air, but love springs eternal – especially among romantically inclined college students. The Davis Shakespeare Festival is staging a localized production of the Bard’s classic comedy "A Midsummer Night’s Dream." Transposing the story into a contemporary university town is a very smart choice.

Bicycles did not exist in Shakespeare’s day – bikes were invented in the 1800s. But bicycles feature prominently in the Davis Shakespeare Festival’s production of “A Midsummer Night’s Dream,” which is set in a mythical university town, where almost everybody pedals around on a two-wheeler. In fact, there are scenes where the young cast members ride their bikes all over the stage, just like students on the UC Davis campus, where the Fall Quarter just began.

The gentle music and ringing bells conjure up a luminous, magical atmosphere. That happens a lot in this remarkable little production, which includes an original score and savvy sound design.

Another trait of college students these days is their total dependency on smartphones. So, when a character named Nick Bottom goes mysteriously missing partway through the play, the cast comes off the stage and venture out into the audience, using their phones to ring Bottom’s number.

The scene is a hilarious flourish by director Rob Salas, who handles the good-natured humor skillfully throughout the show.

Much of the humor stems from goofy declarations of eternal love under wildly inappropriate circumstances. Like when the great Titania, Queen of the Night, ingests a mind-altering substance and suddenly falls head-over-heels in love with a homely working stiff, who’s been magically transformed so that he has donkey ears growing out of his head.

"Oh me thinks, madam, that you should have little reason for that. And yet, to speak the truth, reason and love do keep but little company nowadays!” says Bottom. 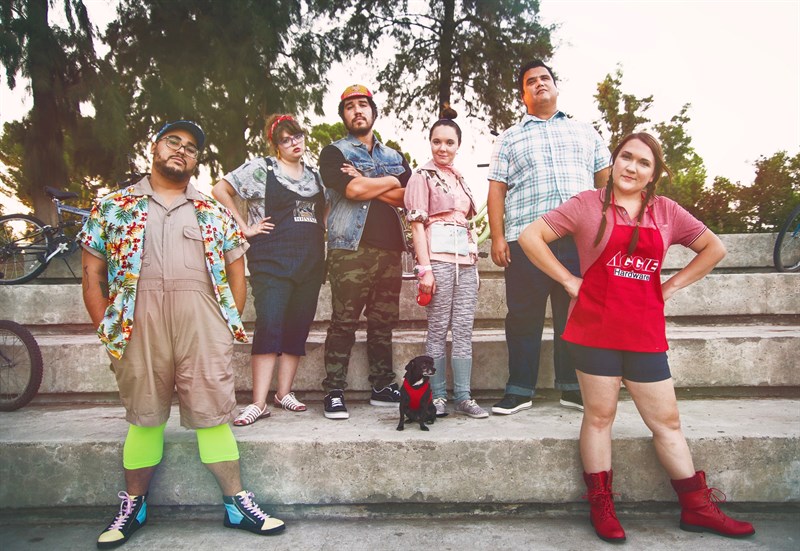 This show is not all fun and games. There are two girls who begin the play as best friends forever… but tempers flare when one suspects the other is making overtures to HER boyfriend.

"You juggler, you canker blossom, you thief of love! Why have you come by night, and stolen my love’s heart from him? Fie, i’faith, have you no modesty, no touch of maiden shame, no bashfulness? What, will you tear impatient answers from my gentle tongue? Fie, fie, you counterfeit, you puppet, you!"

Gosh, I vividly recall two girls arguing like that over my surfboard-riding roommate at UC Santa Barbara, forty years ago! And you could probably hear the same today on the patio at the Davis Food Co-op. Which is why theater companies still love staging “A Midsummer Night’s Dream,” four centuries on. Human nature hasn’t changed, and it’s quite a bit of fun observing these eager, appealing, inexperienced kids as they blunder in-and-out of love.

“A Midsummer Night’s Dream” is probably the most frequently-staged of Shakespeare’s comedies, I’ve seen at least 40 versions during the last 35 years. This production by Davis Shakespeare is one of the freshest and funniest interpretations that I’ve encountered in a long time. And the surprise addition of a fleet of bicycles – many of them one-of-a-kind, custom-built bikes like you might see in a 4th of July parade -- is a charming touch. I urge you to check this show out.

The Davis Shakespeare Festival production of “A Midsummer Night’s Dream” continues through October 15 at the Veterans Memorial Theater in Davis.