Federal climate scientists say it was a record warm June for California and four other western states. The NOAA State of the Climate report was released July 16.

NOAA forecasters said 2014 year was the warmest on record for the state. And climate change research says California will be dryer, with snow coming earlier in the winter and melting sooner in the Sierra Nevada, along with an increase in severe wildfires throughout the western U.S.

Jay Famiglietti is a Senior Water Scientist with NASA's Jet Propulsion Lab and a Professor of Earth Systems Science at UC Irvine.

We asked him if California is seeing an intersection of the drought and climate change.

"I think that we are and I think that this past winter is representative of what we will be very likely be seeing more of in the future," says Famiglietti. 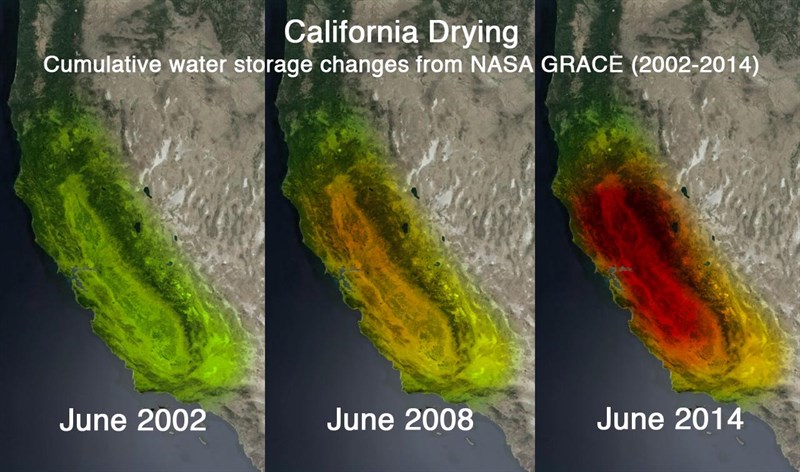 He says drought cycles are part of the climate change scenario and we may be witnessing the interplay of both in 2015.

"As the snowpack diminishes and the snow season shrinks, that will impact our water resources," says Famiglietti. "Of course, there's a direct link with water and dryness and fire, so I think we can expect that to become more severe in the future."

"The groundwater picture does not look very promising," says Famiglietti. "My fear is that the supply that we have will be rapidly depleted if the drought continues. If it doesn’t, we’ll have more surface water availability. But, if it does, we’ll see the continued trend of groundwater depletion."

This spring and early summer, there was virtually no runoff due to the record-low snowpack in the Sierra. And that puts added pressure on groundwater supply.

"The biggest users are still in agriculture," says Famiglietti. "My guess is if the drought continues in 2016, we’ll start seeing more and more restrictions on agriculture."

The latest El Niño forecast puts the chances for the ocean warming event at 90 percent and there is potential for above-normal rain for parts of California.

Famiglietti says one El Niño year, if it’s a wet one, will help, but it won’t end California’s four-year drought.