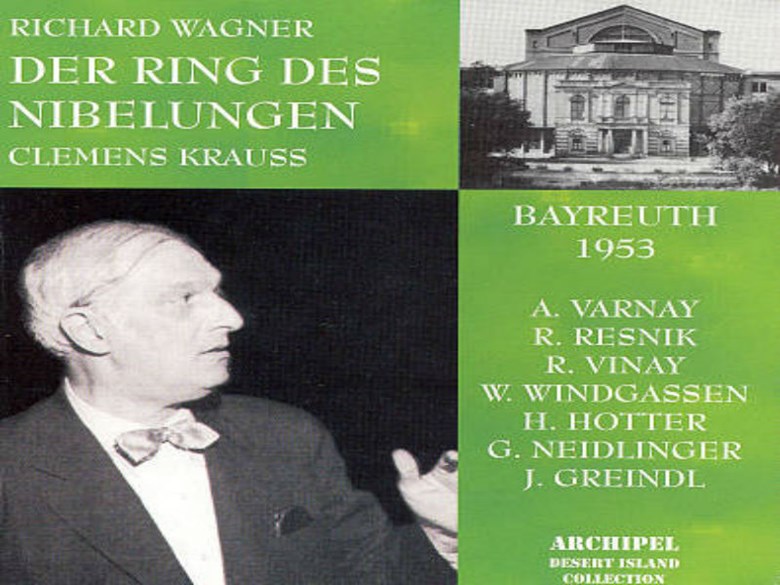 Der Ring des Nibelungen (The Ring of the Nibelung) is a cycle of four German-language epic music dramas composed by Richard Wagner. The works are based loosely on characters from the Norse sagas and the Nibelungenlied. It is often referred to as the Ring Cycle, Wagner's Ring, or simply The Ring.
Wagner wrote the libretto and music over the course of about twenty-six years, from 1848 to 1874. The four parts that constitute the Ring cycle are, in sequence:

Götterdämmerung (Twilight of the Gods)

Although individual works of the sequence have been occasionally performed separately, Wagner intended them to be performed in series. The first performance as a cycle opened the first Bayreuth Festival in 1876, beginning with Das Rheingold on August 13 and ending with Götterdämmerung on August 17, 1876.
This stunning “Live” recording at Bayrueth from 1953 has an all star cast and was conducted by Clemens Krauss.

At The Opera, All Opera Potpourri Fund Drive,September 24, 2016