March storms have brought the statewide Sierra Nevada snowpack to near average. And some major reservoirs are filling too. But the drought is far from over.

The first two weekends of the month have been wet and snowy in northern California.

So wet, that some reservoirs are now at normal or above for this time of year.

The state's largest reservoir, Shasta, has risen to 79 percent of capacity and 103 percent of its historical average.

"The accumulation from both of those storms actually brought Lake Shasta, Lake Oroville and Folsom Lake to historical average," says Michelle Mead, a meteorologist with the National Weather Service in Sacramento. 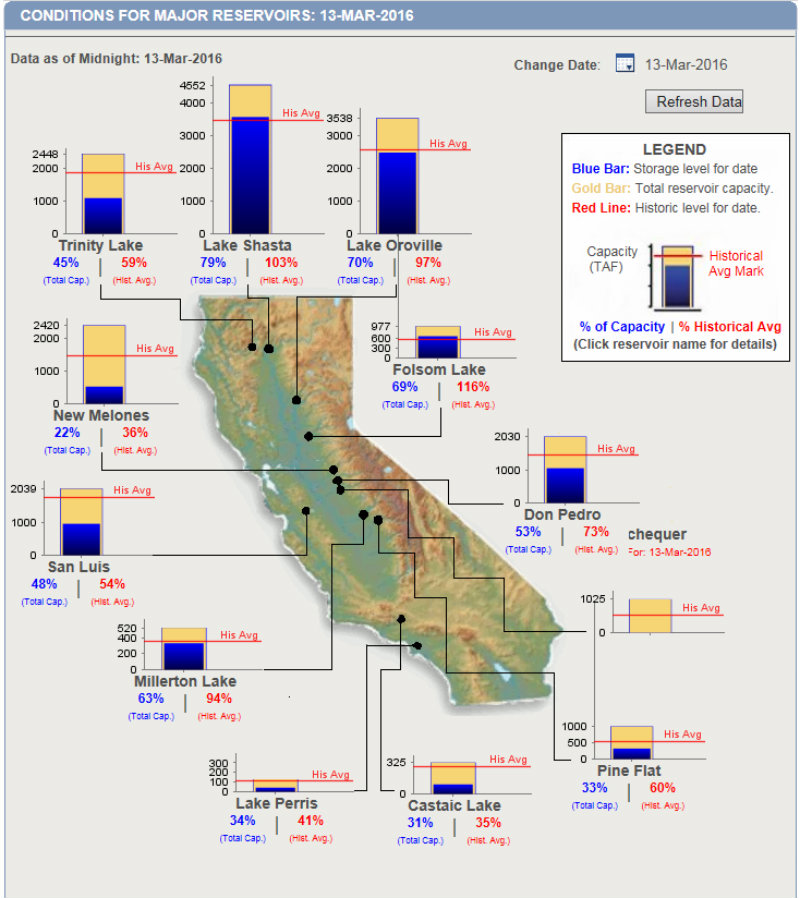 And, the Sierra Nevada snowpack, which diminished during a dry February, is now at 92 percent of normal statewide.

"It's probably the best scenario we've seen over the last five years," says Mead. "We're right up there at the 90 percent level for the April 1 averages which is fantastic news for the potential snowmelt and reservoir recharge for the summer months."

Mead says while conditions are near-normal in the north, reservoirs and rainfall in the southern part of the state are well-below average.

"The southern portion of California is only about 50 percent of average for the water year and the northern portion of the state, a majority of it is at, if not slightly above average," says Mead. "But the north is where we have all of our major reservoirs that help with that water supply for the entire state of California."

So far, the snowpack is a huge improvement from a year ago, when there was virtually no spring snowmelt. 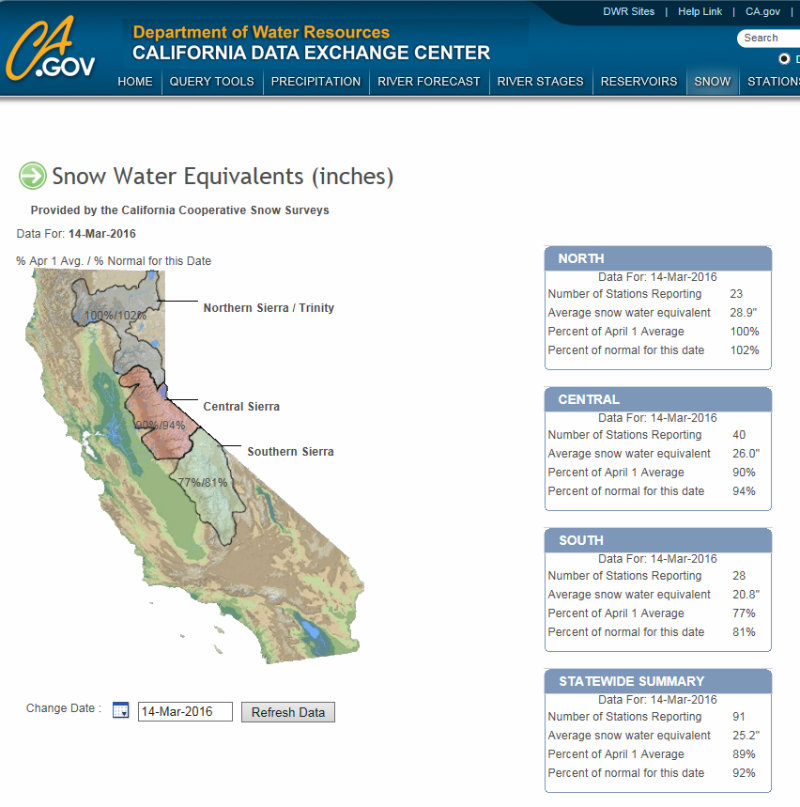 "Keep in mind it took us four years to get us into this extreme drought, so one average year is not, unfortunately, going to wipe the slate clean," Mead says. "We've got a long way to go still."

And one average winter won't replenish depleted groundwater in the Central Valley, or end the drought, which is now in its fifth year.