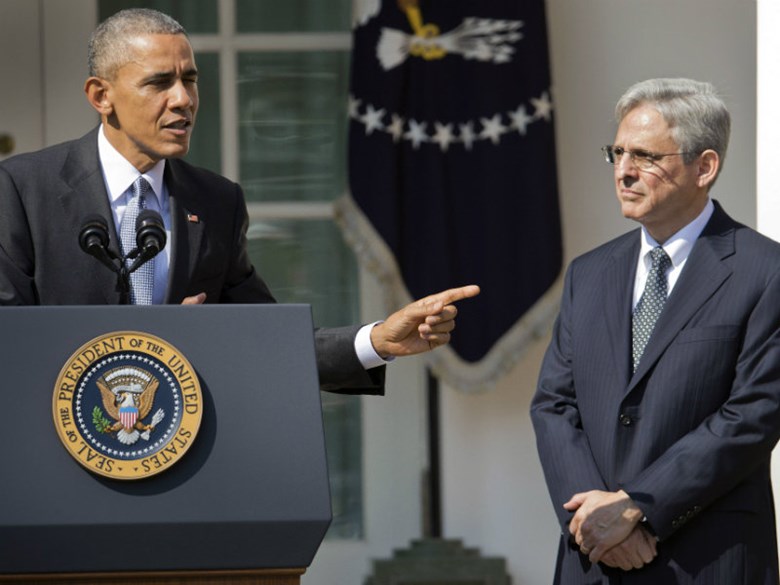 Federal appeals court judge Merrick Garland, stands with President Barack Obama as he is introduced as Obama's nominee for the Supreme Court during an announcement in the Rose Garden of the White House, in Washington, Wednesday, March 16, 2016.

NPR is reporting that President Barack Obama has chosen federal appeals court judge Merrick Garland as his nominee for the vacant seat in the Supreme Court. McGeorge Law Professor Leslie Jacobs talks with Insight about Garland’s background and prospects for confirmation.

Insight also has a recap of 'Mega Tuesday' with the Political Junkie Ken Rudin.

Author Christian Kiefer To Do Book Reading For New Novella