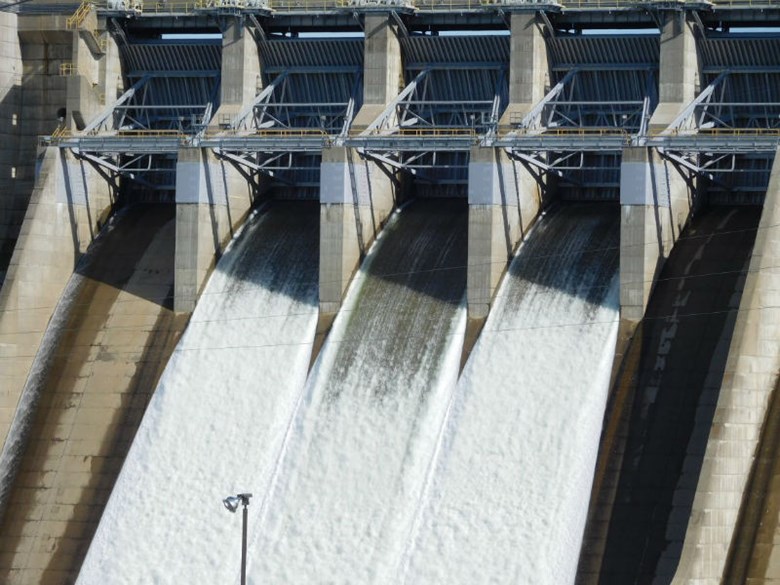 With one storm passed and another on the horizon, the agency in charge of managing Folsom Lake’s water levels has decided to release more water than it has in half a decade.

The U.S. Bureau of Reclamation is dumping water to make room for rain runoff flowing into the reservoir. Some people have criticized the USBR for releasing water when the state is in a drought, but the agency says Folsom Lake’s capacity is at 124 percent of historical average for this time of year and it’s gaining water faster than it’s releasing it.

“The last time we released this 15,000 cubic feet to the lower American River was late March, 2011” Hunt said. “It’s unclear how long these releases will continue.”

When deciding how much water to release from Folsom Lake, the USBR is looking at several things.

First, how much water does the lake have in it? Right now, the lake has more water than it should for this time of year. Seventy-one percent capacity to be exact.

Secondly, how much water is coming into and leaving the lake? A 10-day measurement shows Folsom Lake gaining water at 16,500 CFS and releasing water at 15,000 CFS.

This weekend’s storm caused water flows into the lake to peak on Sunday at 37,500 CFS.

“So, even releasing 15,000 cubic-feet-per-second, the lake is still gaining capacity,” Hunt said.

The USBR still has some leeway in determining how much water to keep in the lake, according to Hunt.

“We have enough control to look at the weather forecast and make a decision about how much water to release,” he said. “And there’s enough water in Northern California waterways that we’re not being told to release water to save fish.”

If you’ve seen the releases from the lake you’ve seen that water is flowing over the top of the dam. That’s by design, according to Hunt. The USBR wants to keep the coldest water at the bottom of the reservoir for summer releases. That will help fish in the hotter months.

The USBR tries to release water in a manner that doesn’t harm fish. “If you can release water slowly you can avoid fish getting stranded. But you don’t always have that luxury,” Hunt said. “When you need to make extended releases like this you can’t pulse it out to avoid fish strandings.”

As of now, the agency is waiting a little longer to decide how much water to release in anticipation of this upcoming storm. There’s enough space in the reservoir to be patient.

“It’s still important to exercise caution if you’re going to be near the parkway or waterway” Hunt said. “Water levels can rise fast.”