Boats Trapped In Stockton's Downtown Marina Due to Water Hyacinth

Boaters and businesses in the Delta are plagued again this year by water hyacinth clogging rivers and marinas and trapping many boats at their moorings.

Stockton's downtown marina and McCleod Lake are covered by a solid green carpet of water hyacinth.

The city has closed its largest boat launch at Buckley Cove leaving boats in the marina hedged in by the invasive weed.

At the River Point Landing Marina in Stockton it's difficult to move boats in and out.

Harbormaster Andrew Rehberg says everything from fishing to camping is affected.

"We've actually lost quite a bit of business so far once they found out the marina wasn't functioning the way it should be right now with the hyacinth blocking everybody in," says Rehberg.

Joe Harvard says his boat is surrounded by hyacinth, and he noticed that even the local rowing clubs can't put their boats in the water.

"They were practicing on land with their rowing machines last night instead of using their sculls and rowing out into the river," says Harvard.

Harbormaster Rehberg says the hyacinth won't move out until storms and cold weather move in. 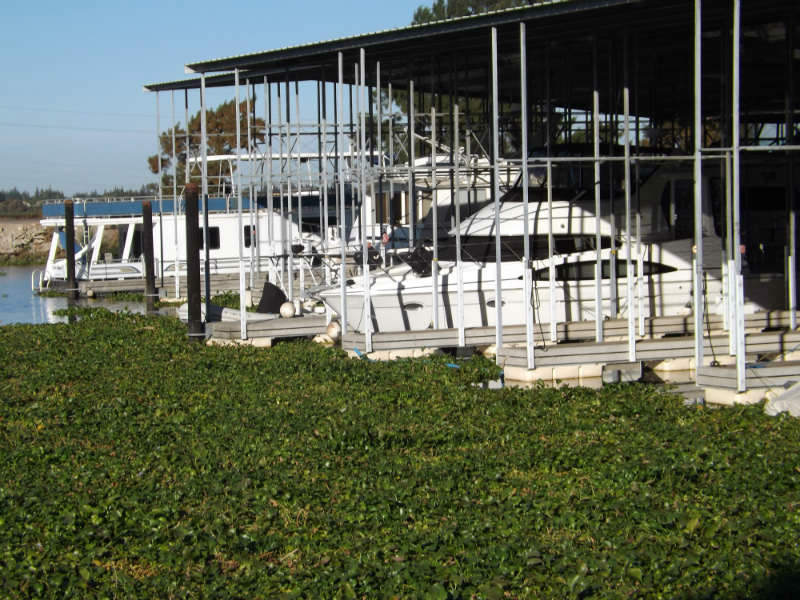