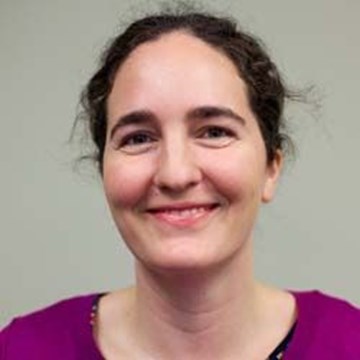 As CapRadio's Food and Sustainability Reporter from 2016-2019, Julia was committed to reporting about the impact of our food system on the health of Californians and their fellow citizens. She’ll cover the critical challenges facing the global food system. Julia also explored food as the basis of culture, connection and community.

Before joining CapRadio staff, Julia contributed to The View From Here documentary series as a freelance reporter. She examined food insecurity in the overlooked neighborhoods of Sacramento for the award-winning documentary Hidden Hunger. In 2016, Julia reported the long-form project, Out of The Shadows and Into Marriage, a story mapping the intersection of undocumented immigration and marriage equality.

Julia’s roots are firmly anchored in public media. Before coming aboard at CapRadio, Julia worked as an independent audio producer based in Sacramento, working on short and long-form projects in northern California and throughout the country.

Julia began collecting audio stories in 1999 when she started working for NPR in Washington, DC. There, she worked with on the National Desk with a team of NPR reporters, producers and editors covering Congressional politics, education, immigration, homeland security and a broad mix of stories for All Things Considered and Morning Edition. Julia went on to become a staff field producer for NPR, based in DC but traveling to cover primaries leading up to the 2004 presidential election.

Before she landed in radio land, Julia spent time as a cook’s apprentice in Bologna, Italy, where she learned about the importance of making a good broth.

When Julia's headphones are off, she likes cooking with family and friends. When she can, she and her family travel in search of green markets, good stories and adventures in lands far and near.